Home In the U.S. Insurers in the US are increasingly refusing to pay for emergency medical care.

On August 1, 2017, Brittany Kloyd from Frankfurt, Kentucky, she said, was in pain "worse than giving birth." Her mother, who was at a nursing school, drove her to the nearest ER (Emergency Room). Brittany thought she had a burst of appendicitis, but tests done at the ER showed that she had multiple ovarian cysts. She was given pain medication and told to follow up with her main doctor. 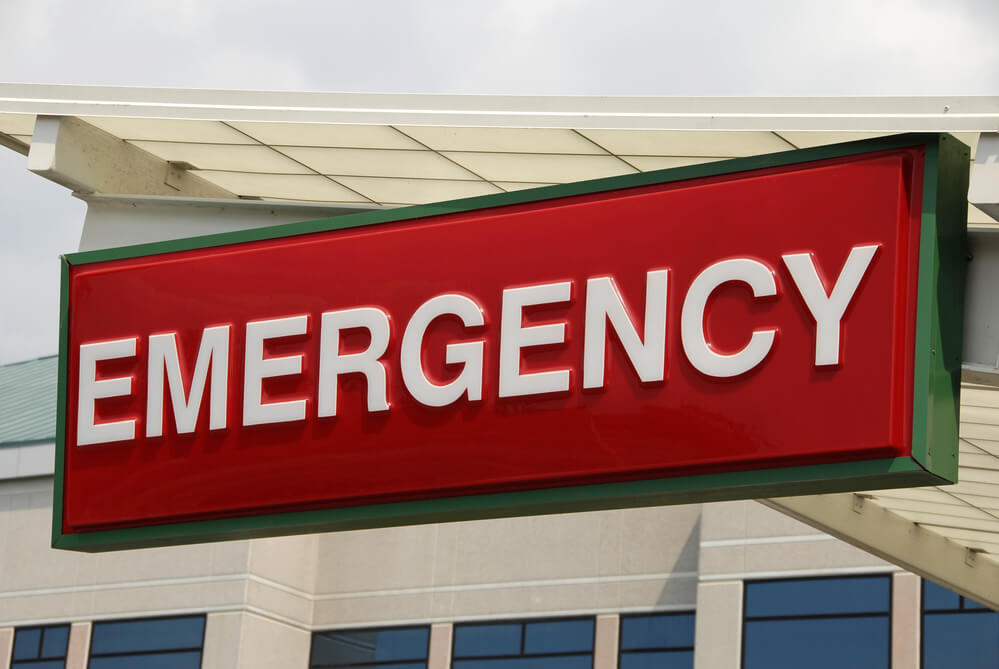 Cloyd has PPH Anthem Blue Cross health insurance, and she hoped that she would only be paid a partial payment for her visit to the ER, and the rest would be covered by insurance. Instead, after 15 days, she received a letter from the insurer, which stated: “Your condition does not meet the definition of an emergency”, and therefore the woman, according to the letter, had to pay the entire bill from the ER, which was 12 596 dollars, writes CBS News.

The situation faced by Cloyd is becoming increasingly common in the health insurance industry, according to a study by the Doctor Patient Rights Project (DPRP). And PPH Anthem Blue Cross, which, given its subsidiary networks, is the largest private health insurer in the country, has taken the lead in refusing to pay for emergency services. DPRP argues that Anthem has a waiver policy designed to make their customers afraid to apply for ER services for fear of a huge bill.

Anthem spokeswoman Jizel Davis, who said she had not yet seen the study, gave a universal comment on this issue: “The review of the ER payment policy, conducted by Anthem, aims to encourage consumers to get emergency help in the most appropriate situations. It aims to reduce the trend in recent years of the misuse of emergency departments to provide services, when the situation is not really an emergency. ”

However, Anthem did not provide specific explanations as to what is the proper reason for the visit to the emergency room. But in a letter addressed to companies insuring their employees through Anthem, the insurer made it clear that he would not want his clients to apply for grinding at the ER, when they could be easily cured in a doctor’s office or a regular clinic.

According to representatives of Anthem, more than a quarter of visits to emergency departments made by customers of the company could have been avoided by solving the arisen health problem elsewhere.

“If we could cut unnecessary ER visits, we could cut healthcare costs by $ 4,4 billion per year,” the company said in a letter.

What is a "medical emergency"

Kentucky isn't the only state where Anthem has this policy. This also applies to the US South and Midwest. In Georgia, the American College of Emergency Physicians and the State Medical Association have filed a federal lawsuit seeking to overturn Anthem's dangerous policy of refusing to cover patients' emergency medical expenses.

US Senator Claire McCuskill sent a letter to the US Department of Health and Human Services, as well as the Department of Labor asking to investigate whether certain insurers violated the terms of their insurance plans by refusing to cover certain expenses.

In 1997, Congress passed a law on non-expert care for Medicare and Medicaid, and in 2010, it was extended to group and individual insurance plans. He defines an “emergency situation” as one in which knowledge of an average person about health and medicine gives him grounds for treatment in the ER, based on acute symptoms of sufficient severity.

ERs are visited annually by 137 millions of people.

According to DPRP, on average, almost one in five people in the United States each year is reported to the ER, giving a total of 137 million visits to these clinics per year. The statistics from 2012 of the year that the average cost of a visit to the ER is 1233 dollars is very outdated. One of the reasons for the increase in prices since then, according to a study by the University of Maryland: an increase in the number of cases of substance abuse, especially among young people and middle-aged people, in most cases, such abuse is treated in the ER.

According to Anthem, even small savings can benefit the US healthcare system, in which Americans spent almost 3 a trillion dollars in 2015 a year. The proportion of patients who leave the ER without treatment in general is 5% according to Anthem. At the same time, the Centers for Disease Control and Prevention (CDC) say that this proportion is at least 3,3%.

CDC data also shows that applying to the ER can be the right decision and save lives in the event of a serious condition, such as chest or abdominal pain, as well as high fever. 43% of cases of treatment in the ER lead to hospitalization of patients.

How to make an appeal

Those who feel that they have been unreasonably denied payment for medical services may appeal.

If you received a letter from the insurer with a refusal to pay the bill, send them in response to the documentation with justification of the need for treatment in the ER.

If you get a second refusal, request an external review by an independent party, possibly a state insurance regulator, or someone whom he appoints.

A study conducted in the 2016 year showed that 52% of patients who were refused by the insurer to pay bills for emergency medical services, after an independent review, ensured that the insurance company paid their bills.

Cloyd sent Anthem a letter with documentation confirming the need for a visit to the ER, which also indicated that “she doesn’t know how the patient actually feels who has internal bleeding,” but that her feelings were very painful and frightening suspected exactly that.

As a result, Anthem paid the entire bill in the amount of 12 596 dollars.

6 ways to prevent a dentist from fooling you

Where in New York immigrants can get the necessary help: useful links and contacts