Home In the U.S. A terrible storm moves to the west of the USA: floods and tornadoes await Americans

A terrible storm moves to the west of the USA: floods and tornadoes await Americans

States in the western United States are on standby before the storm. The storm, previously raging in the south of the country, is now moving west. Writes about this ABC News. 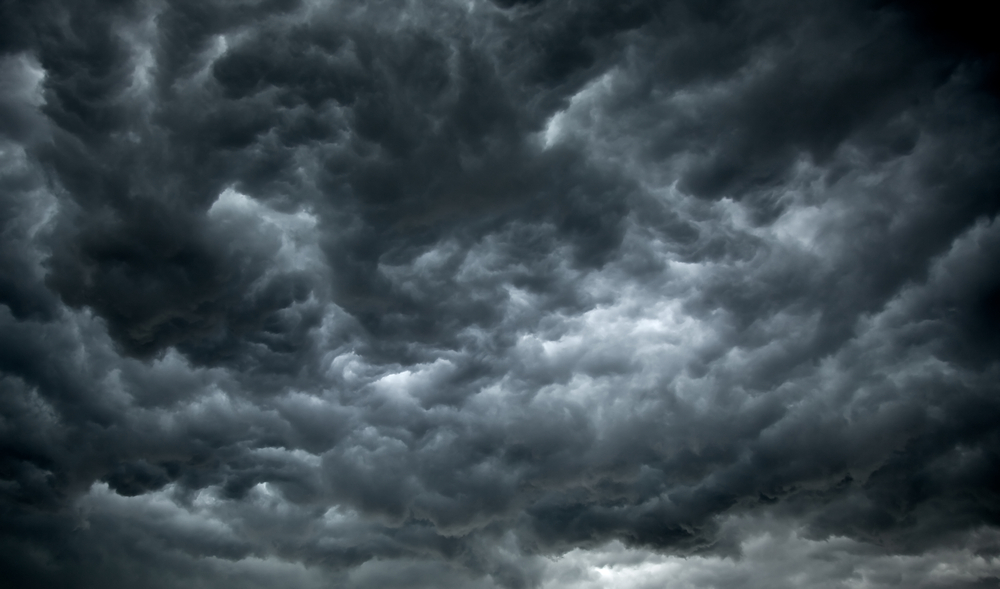 Part of the same cold front that brought severe weather on the weekend, January 11-12, concentrated in the south. In South Carolina, there was a tornado with a wind speed of 90 mph (144,8 km / h).

Also, this storm caused a flash flood in the south of the country, and 6 states from Louisiana to Georgia are in a state of flood preparedness.

Precipitation up to 14 inches (4 cm) is possible on January 10,16, and floods are expected by the end of the day.

In the West, there is heavy wet snow, which causes riots on the roads around Seattle (Washington) with accidents and road closures at night.

Tracking the wet pattern in the South and the next big system that could put down a significant snow footprint from West to East. @FeliciaCombsTWC & I have the details. 9 am-1pm ET on the @weatherchannel. pic.twitter.com/2ibV8nvVtb

On Wednesday and Thursday, January 15 and 16, the storm will move to the west coast, and heavy snow and heavy rain await Southern California. 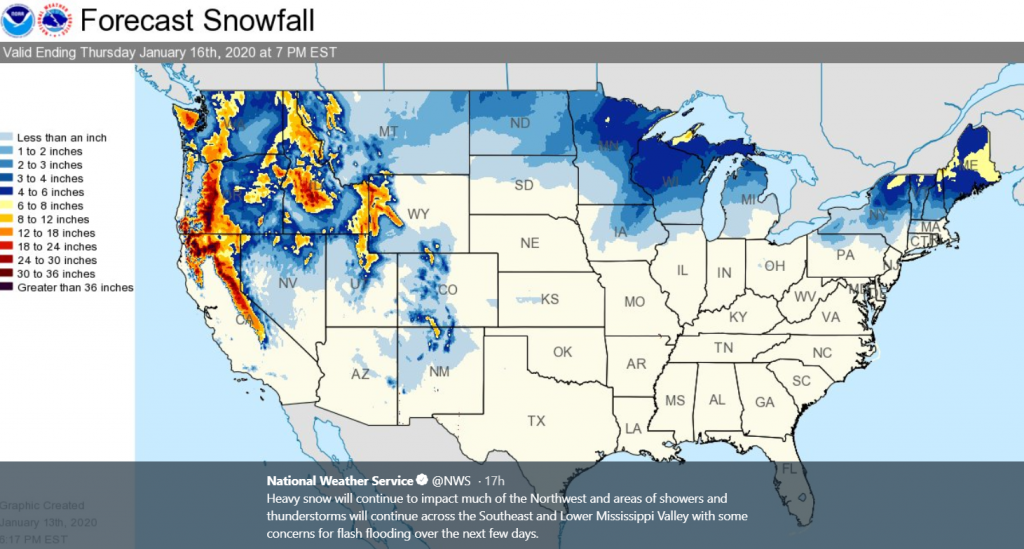 By Friday, January 17, the storm will move to Heartland (Minnesota), where heavy snow is expected. 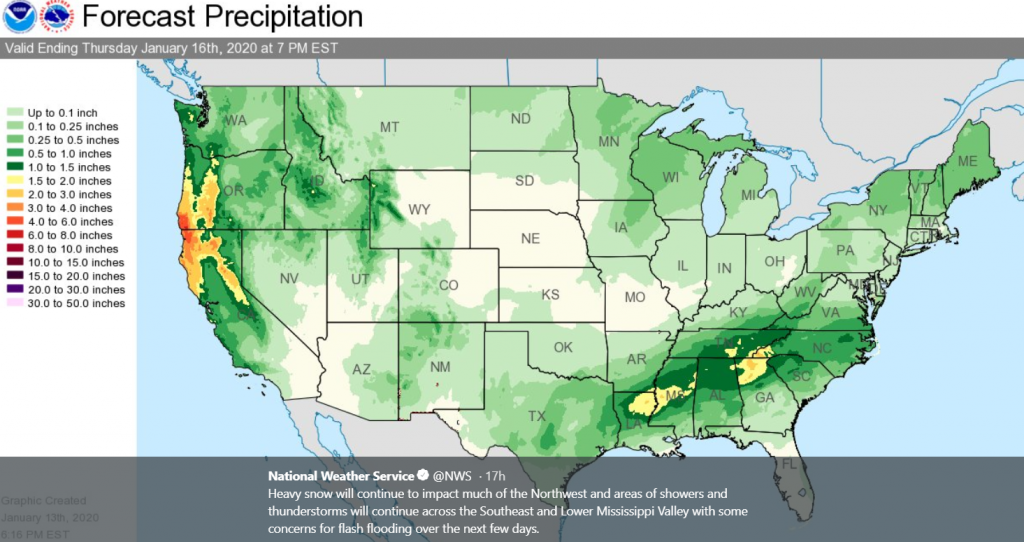 By the weekend, January 18-19, the storm will move to the east coast, where snow and heavy rain are expected in South Carolina.