Home Page Educational program Strange diseases and the end of the world: how 2021 was represented in science fiction films

During the past year, perhaps, all of us caught ourselves thinking that the events around are very reminiscent of a movie. A mysterious virus and an unknown disease that swept the whole world and radically changed the lives of people - why not the plot of a fantastic film about the future? And we all hope that next year will bring relief. Edition with the BBC told how the filmmakers of the past represented 2021. 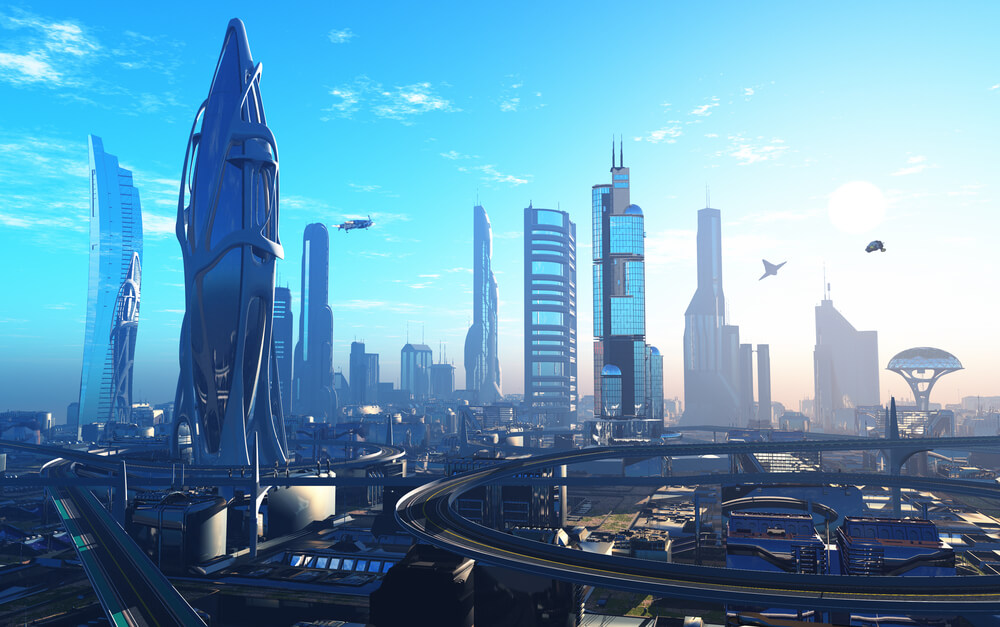 A series of science fiction films made over the past 50 years provide a glimpse into 2021. And humanity will very soon be able to check how the predictions of their authors coincide with reality.

Welcome to the moon. From here you can go further to Mars and Venus, or try your luck and find a job looking for minerals in the vastness of the Earth's satellite.

Of the sights - a monument at the place where Neil Armstrong stepped onto the surface and a bar in which there is no real whiskey, as "far from Scotland", but distilled rocket fuel can be distilled - if desired, with cabbage juice. This cocktail is called Green Mary here.

Space pilot Camp makes a living collecting scrap metal in outer space. He meets the charming Clemm, she flew to her brother, who became a seeker on the moon and disappeared.

During a short investigation, the heroes discover that the employers of Klemm, a local corporation that plans to further explore space and its monopolization, are to blame. The film turns into a real space western. Heroes fly on a meteor, shoot with upgraded revolvers on the prairies of the moon and fight in a saloon devoid of gravity.

On the subject: Video chats, biometrics, drones: come true predictions from the movie 'Back to the Future 2'

“We are all foreigners here. And we always will ”,“ perhaps we shouldn't have come here ”- the main characters philosophize. But if they found each other and punished the villains, then maybe it's worth it.

The previous film doesn't tell much about what is happening on Earth in 2021 while the characters are exploring space. But the "Sisterhood" asserts unequivocally - it's a bad thing.

In a post-apocalyptic desert world, the rudest of men have seized power and terrorize everyone who tries to live in peace, especially women who are held in slavery.

Some of the women, as a result of the nuclear holocaust, received magical powers. Now they understand animals, have telekinesis and know how to "shoot" lasers from their eyes. From which they only began to suffer more from the men who announced the next "witch hunt". And, of course, the "new Amazons" begin their liberation struggle.

The heroes fight with swords, use bows and firearms, ride horses and chase each other in cars. Thanks to this combination, "Sisterhood" resembles something in between "Conan the Barbarian" and "Mad Max" - but devoid of at least some logic.

In the world - a pandemic of an unprecedented SINS disease, a syndrome of exhaustion of the nervous system. Also known as Black Shake, it is a lethal disease that is accompanied by a loss of control over your body.

Keanu Reeves plays a smuggler who transports information directly to an implant in his brain. To do this, he even had to erase childhood memories. He connects himself with a wire to the back of his head, wears a stylish suit, and occasionally plunges into virtual reality - all a few years before Neo's role in The Matrix.

Reeves wakes up on January 17, 2021 and is ready for a new assignment. This time he needs to transport a fabulous 320 gigabytes of stolen information about the disease research.

It turns out that the pharmaceutical corporation has long found the drug, but was in no hurry to make it public for commercial reasons. Modern reality eloquently illustrates the advantages of the competitive market when several vaccines for COVID-19 have been developed and used.

Of course, the corporation is trying to stop Reeves, he is hunted by the yakuza and the crazy priest-killer played by Dolph Lundgren. But with the help of the underground resistance movement, the heroes manage to do what the WHO is calling for today. They publish information about the treatment of the disease in the public domain, spreading formulas on television: "Keep your VCRs ready, we have a cure for you!"

“It was a hot summer of 2021” and the filmmakers decided not to dwell on one version of the problems of the future. A mysterious disease rages, people die right on the street, and passers-by with emphatic indifference step over the dead and go on about their business.

“They say they are mostly lonely or sad people. Often these are children, the disease hits the heart and beats ... and you die. Doctors do not yet know what it is. This is probably the heart. "

In addition, following the heat, snow begins to fall asleep in New York, Venice, Paris. And people in Uganda are no longer held by the force of gravity and they rise into the sky if they do not tie themselves with a rope. And as if all this was not enough, they plan to replace Elena with her clones, who should continue to practice figure skating instead of her.

On the subject: 2020 is in bloom: experts say the future will only get worse

“Chaos in the world only reflects the soul of humanity,” is the only explanation that can be heard in the film. If this is not enough for you and you are completely confused about what it is about, then it's time to remember the name of the film. It's all about love.

Cinematography has always been generous with stories about the end of the world, and thanks to the prophecies of the May Indians, who, according to some interpretations, expected this extraordinary event in 2012, the number of films on the topic has grown even more.

"Looking for a friend ..." is one of a number of films from this period, but it differs from others at least in that it optimistically transferred the asteroid hit to Earth in the near future - in 2021.

Another difference from the usual Hollywood tapes is that Bruce Willis did not get into this film and there is no one to save humanity from the asteroid. 21 days before everything is complete - it's time to think about important things.

Bulletin boards are full of messages about drug trafficking, the desire to lose virginity and the services of hired killers if expectations seem too painful.