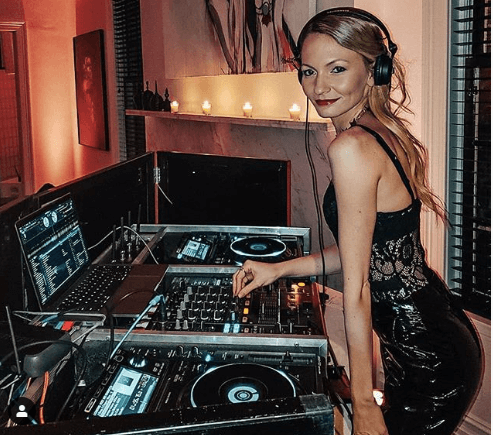 Music has long known to be a universal language that is widely appreciated and loved. It doesn't really matter where you live, whether you are from a small town in Russia or you live in a big city like New York, music has the power to bring the world closer. Music has been an integral part of human life since the beginning of time.

DJ Sasha Hart who is popularly known for her diverse, soulful taste in music, likes to add her twists to originals to create a vibrant atmosphere at every event she plays at. Her sense of fashion tops it all, as she makes the effort not only to sound great but to look fabulous, which magnifies her onstage presence.

This European beauty who hails from a small town in western Russia called Urdoma, that hardly has a population of 5000 people, has always been very fond of music and keeps the enthusiasm strong.

“Like a lot of kids, I attended music school and took dance classes at a young age. So, I would say my relationship with music is pretty strong and it has always been a huge part of my life, ”said Hart. “My mom tells me that she used to play records in English when I was in the crib. That would calm me down immediately. ”

Sasha, who lived most of her childhood dreaming of becoming a performer, was an extremely bright student and had been awarded a gold medal for her excellent academic performance in high school. Yet, instead of becoming an accountant or work in a small shop in Urdoma, like most people around her, she chose to step out of her small town and study in Moscow.

“I wanted to study jazz but there were no colleges where I could study music nearby. That is why I moved to Moscow, and later New York. I've always wanted to do something bigger and better than I could ever imagine, ”she said.

While talking about prevalent stereotyping in the industry, Hart feels that more and more women are now becoming interested in Djing, which has been hugely dominated by men ever since its inception.

"In the past, it was really difficult for women to become DJ's because the whole process was very technical and the equipment was extremely heavy and expensive. Today, on the other hand, thanks to technology we have the freedom to express ourselves musically without the burden of extreme technicalities, ”said the DJ who has made the likes of Paris Hilton and Justin Bieber sway to her beats at celebrity events.

Another stereotype that she feels that is quite prevalent is that many people think because, DJ's do not compose music, that it's an easy job.

“It is true that most people can learn beatmatching fairly quickly, but to learn how to affect the crowd in all the right ways, and build a career out of it can take years if not a lifetime! DJs are basically walking music libraries, who know what song would fit nicely for a certain occasion, audience and time of the night; sorting them by BPMs, genres, and God knows what else in their heads, ”said DJ Sasha Hart who spends hours on end keeping her library updated and creating her mashups.

“It is a full-time job, even though we don't always spin 8 hours straight (which is something I've done before). We [DJs] play soundtracks for someone's night. So, it better be godly! That's where that preparation time comes in handy, ”she said.

Three years into her career now DJ Sasha Hart says: “I feel very lucky and grateful to be able to connect with so many people through music, playing in such iconic venues such as Rockefeller Center and Cipriani. It is time for women DJs to rise ”.

The inspirational DJ is also co-authoring a book about DJing in which she encourages young women to pursue their dream career.

“This book assembles all the knowledge I gathered over the years which will save girls time, money and nerve cells. It is the advice I wish someone gave me when I started. A must-read that will be released early next year, ”she said.

'Russian' San Francisco: what is there left of the 'Californian Brighton Beach'