Home Page World COVID-19 mortality statistics in countries of the world: what it depends on and why it varies significantly

When checking the latest data on the growth of diseases and deaths from COVID-19, a significant difference in the number of deaths in different countries is striking. What explains it? Tells DW. 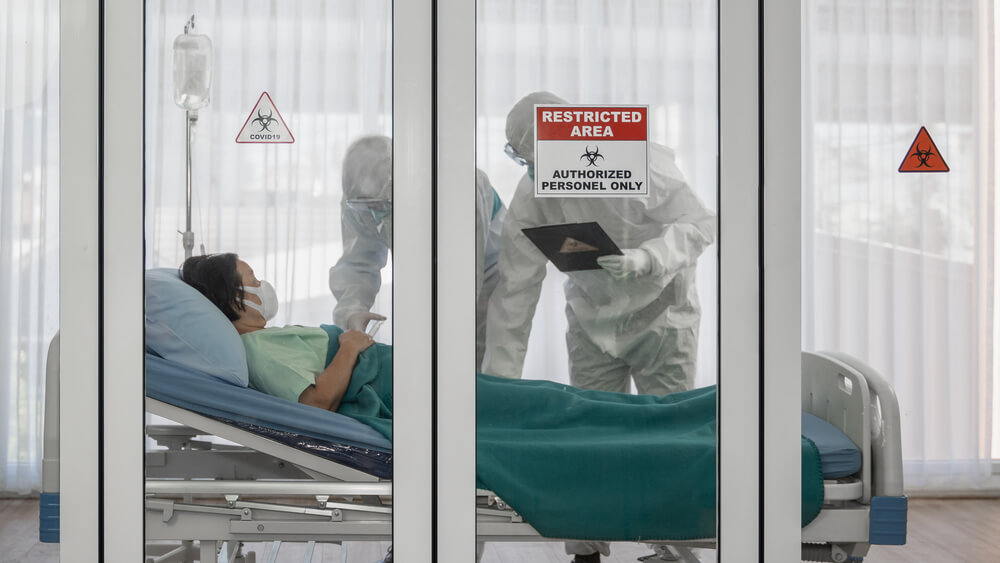 If we look at the total number of diagnosed cases of SARS-CoV-2 coronavirus infection in Germany, the number of deaths from the resulting pneumonia COVID-19 in the country is relatively small: at present, the so-called mortality rate does not exceed 0,4 percent. Compared to Germany, in Italy it is still extremely high: according to Johns Hopkins University in Baltimore, by March 24, 2020, this figure was about 20 times higher.

What explains this significant difference? According to the World Health Organization (WHO), this indicator is influenced by factors such as age of patients, level of medical care and (not least) the number of tests performed. Indeed, the number of detected cases, included in the statistics, has a significant impact on published data, including the mortality rate. In some countries, the test for coronavirus is even carried out for those who died, at first glance, from other diseases.

In Italy, the average age of people diagnosed with SARS-CoV-2 coronavirus is 63 years. In Germany, it ranges from 45 years. It is possible that this is due to the fact that in Italy, a much smaller number of young people with mild symptoms of the disease did a coronavirus test than in Germany. Therefore, they were not taken into account when compiling statistics. And this, in turn, increases the mortality rate, since only the tip of the iceberg remains visible — patients with severe symptoms.

In addition, according to the Italian newspaper Corrierre della Sera, in Italy, in all likelihood, not only the number of unaccounted cases of infection is high, but also the number of deaths not recorded from coronavirus. An absolutely opposite approach can be observed in South Korea: there are much more tests for coronavirus there than in most other countries, and the mortality rate is extremely low.

On the subject: More than 100 thousand cases: the USA came out on top in the world in the number of coronavirus infections

Factor No. 2: Average age of the population

The average age of the population in a country can play a role. Elderly people are especially at risk for coronavirus infection. The danger is exacerbated by their chronic diseases and the generally weakened immune system. Elderly people are at risk even when it comes to infection with infectious diseases.

However, this factor cannot explain the differences in the mortality rate between Germany and Italy, since the age structure of both countries is approximately the same. In 2018, the average age of Germans was 46 years old, Italians — 46,3 year.

This indicator is likely to play a role in determining the mortality rate in sub-Saharan Africa, where the average age of the population is much lower. For example, in Mali, Chad and the Democratic Republic of the Congo, it is approximately 16 years old.

Factor 3: The beginning of the epidemic

Another possible explanation for the different levels of mortality may be the time of the onset of the abrupt spread of coronavirus. In Italy and Spain, which are plagued by the epidemic much more serious than Germany, it broke out earlier. And since it takes some time from the moment of infection with the SARS-CoV-2 virus to death from the pneumonia caused by it, COVID-19, the death rate is likely to increase by the end of the epidemic.

Some scholars believe that the epidemic in Germany has not yet reached its peak. If this is true, the country is likely to expect an increase in the number of deaths.

Factor No. 4: Level of Care

But the most important thing in a situation with the rapid spread of the epidemic within the country — this is the state of the healthcare system, as well as its ability to keep the number of diseases from growing exponentially.

Connecting seriously ill patients to ventilators can reduce the number of deaths. Therefore, a sufficient number of places in intensive care units, where patients are placed in need of emergency care, are of decisive importance.

If national health systems are overloaded with a sharp increase in the number of infected, it is almost impossible to prevent the death of patients who do not receive the necessary care and treatment.

For example, comparing Germany with Italy, you can see that the difference in the number of beds in intensive care units between them is huge. In Italy, with a population of about 60 million people, there were 5 thousand at the beginning of the epidemic. In Germany, where almost 80 million people live, there are about 28 thousand places in intensive care units. And now all necessary measures are being taken to double this number as soon as possible.

In other countries, the number of beds in intensive care units, taking into account the total number of residents, varies quite a lot. So, in Germany there are 100 places per 29 thousand people, in the USA — 34 in Italy — 12, in Spain - 10.

On the subject: Why is Asia better at managing coronavirus than Europe

It is also noteworthy that in South Korea, which, thanks to mass testing and severe restrictions, has achieved significant success in containing the epidemic, there are only 100 places in intensive care units per 10,6 thousand people.

The success of South Korea in the fight against coronavirus is due primarily to the fact that the strict quarantine measures introduced by the government of the country made it possible to keep the curve of infections from growth exponentially at an early stage. The total number of registered infections there still has not gone beyond 10 thousand. For comparison: in Italy, the number of cases exceeded 80 thousand, in Spain — 64 тыс.

As long as the pandemic continues, the number of cases and deaths from country to country and from continent to continent will differ significantly. More or less accurate statistics and reliable data can be obtained only after the pandemic comes to naught.

Coronavirus in the United States was back in November 2019: is this true

Ukraine closes borders: neither foreigners nor Ukrainians will be allowed into the country