Home Page At home The date of Biden's meeting with Zelensky became known: when and what the presidents will talk about

The date of Biden's meeting with Zelensky became known: when and what the presidents will talk about

On August 30, US President Joe Biden will meet with Ukrainian President Volodymyr Zelensky. Writes about it Interfax. 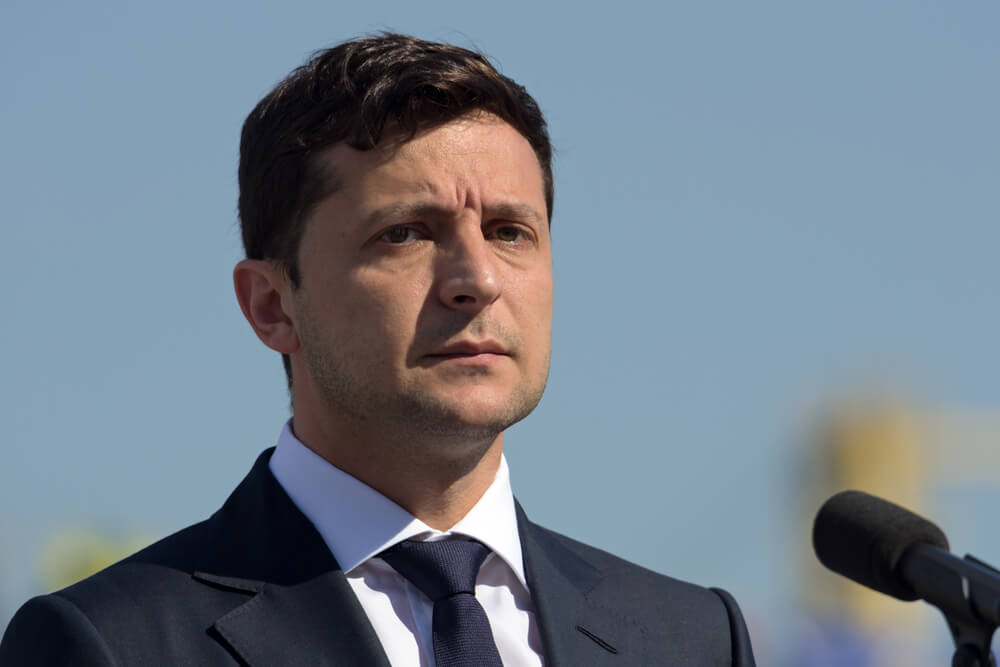 “President Biden is looking forward to hosting Ukrainian President Volodymyr Zelenskiy at the White House on August 30,” White House spokesman Jen Psaki said in a statement. "The visit will confirm the unwavering US support for the sovereignty and territorial integrity of Ukraine against the backdrop of Russia's ongoing aggression in the Donbas and Crimea."

In addition, according to Psaki, the visit of the Ukrainian leader to the United States will also confirm "close cooperation in the field of energy security and our support for President Zelenskiy's efforts to fight corruption and reform, based on our shared democratic values."

Germany succeeded in getting the United States to abandon the idea of ​​stopping gas supplies. Berlin also announced that it would negotiate with Russia to conclude a new 10-year transit contract with Ukraine.

On the subject: 'We are not one people': Zelensky sharply responded to Putin about his words about Ukrainians and Russians

This agreement ended years of controversy over the fate of the project. Now the gas pipeline will start working.

The deal was previously expected to be announced during the farewell visit of German Chancellor Angela Merkel to Washington on July 15.

But then they only stated that their positions on the pipeline were different and agreed that Russia should not be allowed to use energy resources as a weapon to put pressure on its neighbors.

“By the time I became president, construction was 90% complete. And it didn't seem to make any sense to impose sanctions, ”Biden said at a press conference.

The USA has not supported the project for many years. Even during the Barack Obama administration, it was said that, like the Nord Stream launched in 2011, the new gas pipeline will increase Europe's dependence on Russian gas and is being built to isolate Ukraine.

Russia, in turn, said that US concern for Ukraine is just a diversion, and Washington's true goal is to be able to supply more liquefied natural gas to Europe. Donald Trump as president undermined the moral aspect of Washington's stance on the pipeline and reiterated that America wants to sell more LNG to Europe.

The US Congress twice (in 2019 and 2020) voted in favor of sanctions against the project as part of the adoption of the defense budget for next year. The sanctions halted construction of the pipeline for about a year, but in January 2021, the Russian pipelayer Fortuna resumed construction.

Later it was joined by another Russian ship - "Akademik Chersky".

In June, Russian President Vladimir Putin said that pipe-laying for the first of two strings of Nord Stream 2 had been completed.

According to Nord Streem 2 AG, the pipeline is 98% complete. The construction is expected to be completed in August.

Joe Biden's administration continues to assure that they oppose the pipeline and consider it a geopolitical project for the Kremlin.

But the deal with Germany and the lifting of sanctions against Nord Stream 2 AG and its managing director Matthias Warnig show that the United States has changed its stance for the sake of relations with Berlin.

A number of congressmen criticized the deal. Ted Cruise, an American senator and longtime critic of the project, called it a geopolitical victory for Putin and a disaster for the United States.