Home In the U.S. The United States presented a new invisible bomber that can carry nuclear missiles

America's latest stealth nuclear bomber debuted December 2 after years of secret development and is the Pentagon's answer to growing concerns about a future conflict with China. Read more about this publication APNews. 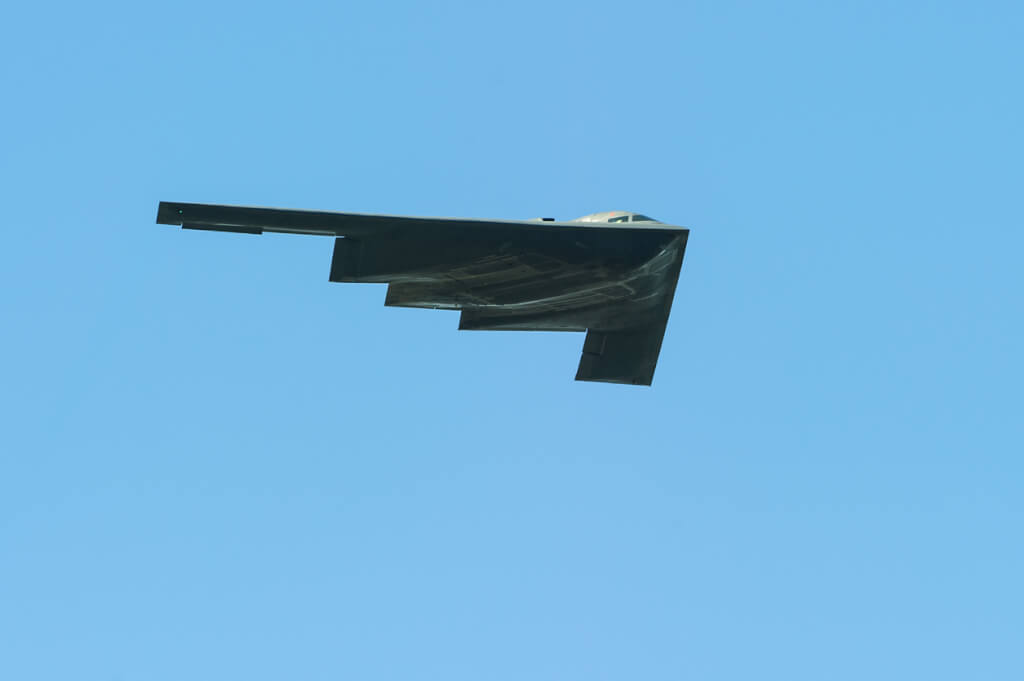 The B-21 Raider is the first new American bomber in over 30 years. Nearly every aspect of the program is classified.

As evening fell over Air Force Plant 42 in Palmdale, Calif., the public saw the Raider for the first time in a tightly controlled ceremony. It began with a flyby of three bombers still in service: B-52 Stratofortress, B-1 Lancer and B-2 Spirit. The hangar doors then slowly opened and the B-21 was partially pulled out of the building.

“This is not just another aircraft,” said the head of the Department of Defense Lloyd Austin. "This is the epitome of America's determination to defend the country we all love."

The B-21 is part of the Pentagon's effort to modernize all three of its nuclear triad, which includes silo-launched nuclear ballistic missiles and submarine warheads.

China aims to have 2035 nuclear weapons by 1500, and its advances in hypersonics, cyber warfare and space capabilities represent "the most serious and systemic challenge to US national security and a free and open international system," the Pentagon said.

“We needed a new 2015st century bomber that would enable us to face much more complex threats, such as the threats we fear we will one day face from China and Russia,” said Deborah Lee James, then head of the Department of Military US Air Force when the contract for the Raider was signed in XNUMX.

“While the Raider may resemble the B-2, once you get inside, the resemblance disappears,” said Cathy Worden, chief executive of Northrop Grumman Corporation, which builds the bomber. “The way it works is extremely advanced compared to the B-2 because the technology has advanced so much in terms of computational capabilities that we can now build it into the B-21 software.”

On the subject: The United States has accelerated the sending of modernized nuclear bombs to Europe: they say that Russia has nothing to do with it

Other changes include improved materials used in the coatings to make the bomber harder to spot, Austin said.

“Fifty years of advances in stealth technology have gone into the creation of this aircraft,” Austin stated. “Even the most advanced air defense systems will not be able to detect the B-21 in the sky.”

Other advances likely include new ways to control electronic emissions so that the bomber can fool enemy radar and disguise itself as another object, as well as the use of new propulsion technologies, military analysts suggest.

Six Raiders are in production. The Air Force plans to build 100 aircraft that can use nuclear weapons or conventional bombs, with or without a crew. Both the Air Force and Northrop point to the relatively rapid development of the Raider, with the bomber going from contract to debut in seven years. Other programs to create new fighters and ships took decades.

The cost of the bombers is unknown. The Air Force previously quoted an average price of $550 million per unit in 2010 dollars (today it's about $753 million), but it's unclear how much is actually spent. The amount will depend on how many bombers the Pentagon buys.

“In the near future we will test it, and then put it into production. And we will create a bomber force in numbers consistent with the strategic environment in the future, ”commented Austin.

“It can be a big challenge for us to do a routine review of a large program like this,” said Dan Grazer, senior defense policy fellow at the Government Oversight Project. “It's easy to say that the B-21 is still on schedule before it actually takes off. Because the real problems are only discovered when one of these programs enters the actual testing phase.” This, he says, happens when schedules start to shift and costs rise.

It was also expected that the B-2 fleet would consist of more than 100 aircraft, but the Air Force built only 21 aircraft due to cost overruns and the changed security environment after the collapse of the Soviet Union. Fewer than this number are airworthy due to the significant maintenance requirements of the aging bomber.

The B-21 Raider, which takes its name from the Doolittle Raid over Tokyo in 1942, will be slightly smaller than the B-2 to increase range, according to Warden. It won't make its first flight until 2023. Northrop Grumman chief executive Northrop Grumman said the corporation used advanced computing to test the performance of the bomber using a digital twin.

Ellsworth Air Force Base in South Dakota will host the first bomber training program and squadron, although bombers are expected to be at bases in Texas as well as Missouri.

US Senator Mike Rounds, a Republican from South Dakota, led the state's bid for the bomber program. In a statement, he called it "the most advanced weapon system ever developed by our country to protect ourselves and our allies."

Warden said Northrop Grumman took into account, among other things, the maintenance experience learned from the B-2.

In October 2001, B-2 pilots set a record by flying 44 consecutive hours to drop the first bombs in Afghanistan since the 11/2 attacks. The B-XNUMX often makes long round trips because there are few hangars in the world that can accommodate its wingspan, limiting the places it can land for maintenance. Hangars, among other things, must be equipped with air conditioning, because the windows of the Spirit do not open, and the hot climate can burn out the cockpit electronics.

Worden says the new Raider will get new hangars to match its size and complexity.

The last notable difference was in the opening itself. While both were on display in Palmdale, the B-2 was rolled out into the open in 1988 to a roaring crowd. Given the advances in satellites and surveillance cameras, the Raider was only partially unprotected, with its propulsion systems and sensors under the hangar and shielded from prying eyes.