Home In the U.S. The United States has overpaid benefits to many unemployed: now Americans are being forced to return thousands of dollars

The government is pushing Americans affected by the pandemic into disaster, forcing them to return unemployment benefits, reports MSN. 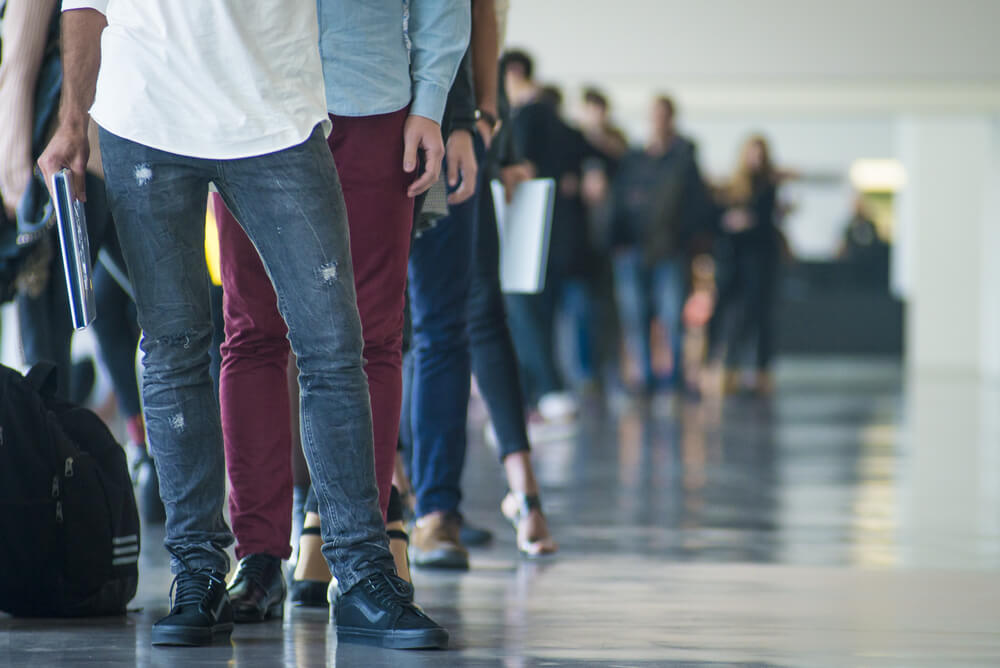 Americans were forced to figure out how to pay their bills when their unemployment insurance payments ran out and the labor market had yet to recover from the pandemic. But now, for some, things have gotten even worse. Now states are demanding that people pay back some of their unemployment benefits because the clerks made a calculation error.

Brandel Cook lost his job during the pandemic and was left without his own business. Missouri is now demanding that he pay him back $ 4500.

Cook is one of many Americans facing this problem. Over the past few months, people have increasingly complained about unfair claims to return the unemployment benefits they received.

In February, TikTok user thatgirlkelsie_98's video went viral. In the video, she expressed no confidence in the state's demand for $ 4 of the $ 620 she received in benefits. As she put it, "How the hell can you ever live in a system that makes debt a way of life, even during a global pandemic?"

The US economy could be hit by lower consumer demand, a direct result of the unpredictability of the virus and the lack of funds due to the premature termination of unemployment benefits.

On the subject: Can you qualify for unemployment benefits if you were fired for refusing to get vaccinated against COVID-19

As the delta strain of coronavirus continues to spread across the country and the government turns to stricter measures to bring the pandemic under control, many working Americans are feeling insecure and worried about their financial situation. And the information that they must pay off some of the benefits that have kept them afloat during the pandemic only makes matters worse.

Why there were overpayments

Many state unemployment systems use outdated technology and have been unable to cope with the sudden flood of jobless claims made when the pandemic struck. Now, months later, these flawed systems have “come to their senses” and flagged some of the payments as “erroneous”.

According to a July report by the US Government Audit Office, during the pandemic, $ 12,9 billion in benefits was overpaid from the Treasury - just 2% of all unemployment funds used during that time. According to the same report, only a small fraction of this overpayment is due to fraud, most of it is a simple accounting or technical failure.

But instead of taking the blame for the mistake, the government is demanding that workers - many of whom are still financially precarious - pay back the money.

Cook, who lives in Neosho, Missouri, was a bartender at a local movie theater when COVID-19 gripped the state. The pandemic has robbed him of his job, but unemployment benefits from the state and federal level helped him get through this difficult time. However, on March 27, 2021, Missouri determined that Cook, it turns out, was not eligible for the benefits he received.

“In determining the overpayment, they said it was the result of my unintentional mistake or omission,” Cook said. "To be honest, I have no idea how this could have happened and I am sure that I filled out the application form correctly."

Cook added that he was not contacted about the error, but he received an email at 2 a.m. stating that he had new correspondence from the employment office. In the letter he was asked to return the money. He must appeal by September 23rd.

It's not that easy with an appeal

To appeal you need time, as found out by Jennifer Reyes, a restaurant worker from Ohio who is struggling with attempts by her state to take money from her for the unemployment benefits paid to her. Reyes was short-lived out of work - from March 16 to May 26, 2020 - but the benefits she received were still important to her. Now she is told to return everything.

After several calls, Jennifer received an online appeal link that is currently being processed. She hopes that everything will be fine, but added that it is "pain" and that, in her opinion, it was done on purpose.

“I think the state is just hoping that enough people are alarmed by all the arrest warnings and just refund the payments so the state can get some of the money back,” Jennifer said. - It's buulshit".

Money down the drain: 7 meaningless waste that you make every day

payments during a pandemic