Home At home The United States sends a robot dog to Ukraine: it will clear the territories

The US Army has agreed to provide one of its two robotic dogs to help a US nonprofit clear mines and other Russian munitions planted in Ukraine. Writes about it Foreign Policy. 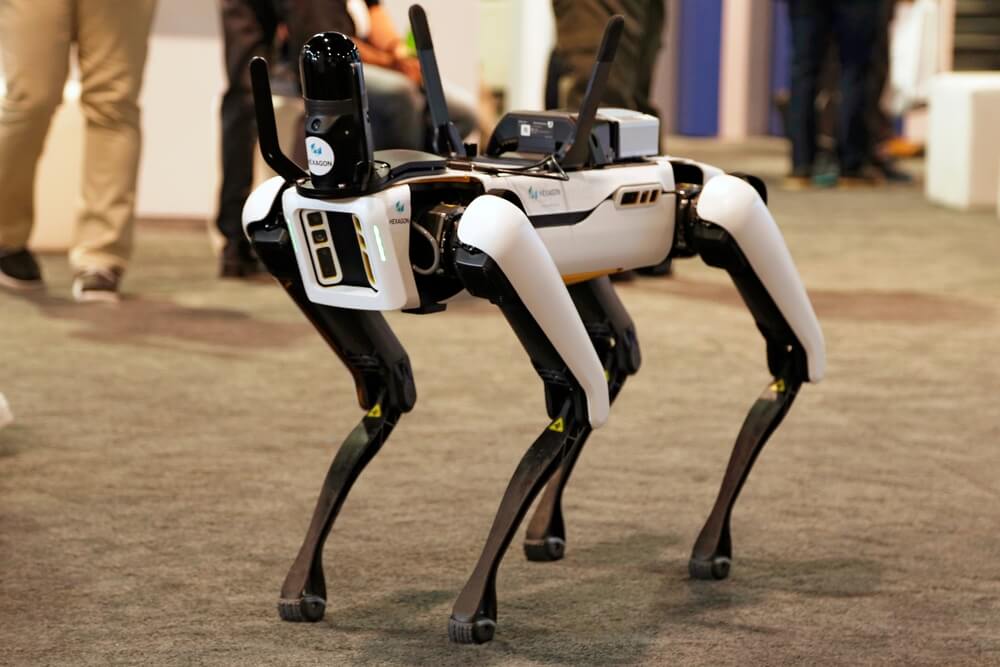 HALO Trust, a demining company with several U.S. government contracts to operate in Ukraine, will use Spot, a robotic dog made by Boston Dynamics, to clear mortar rounds and cluster munitions in previously Russian-occupied areas in the suburbs of Kyiv. This was stated by the chief executive of the group Chris Watley.

In a test session last year, Spot worked well with small, variable defuses — similar to what is currently being done across Ukraine. Whatley hopes this will help in the fight against cluster munitions, which Russia has used indiscriminately in Ukraine. The aggressor country left behind bombs scattered throughout the Ukrainian land.

Spot is capable of dragging unexploded ordnance such as cluster bombs into pits containing other munitions, allowing them to be detonated safely away from civilians in batches of 50 to 100 rounds without endangering any of the 10 HALO teams stationed in Bucha and Brovary .

Sappers need to be trained for six weeks, and after the invasion of the aggressor, many of the trained specialists dispersed to other areas, some got stuck in the territories occupied by Russia, many were enrolled in the army, including in Mariupol and Donbass. This adds value to robotic assistance.

On the subject: The legendary Patron is now with an award: Zelensky presented the sapper dog with a medal for services to Ukraine

Boston Dynamics has not commented on the specific donation of the robot dog to the HALO Trust.

“Spot is an effective tool for protecting people from danger. The robot is often used to inspect potentially hazardous materials from a safe distance,” said Nicholas Noel, director of marketing and communications for the company. According to him, the terms and conditions of the company do not allow the robot "to arm itself or use it for purposes of harm or intimidation."

Spot can be trained to automatically perform repetitive tasks without human assistance, such as turning appliances on and off. But because the robotic dog will operate in less predictable environments, such as minefields and polluted roads, its human owners have manually controlled it in training last year.

“We managed to pick up the mines safely and they didn’t fall out of the dog’s mouth,” Whatley said.

“The operator can move back about 50-odd meters, even a hundred meters back,” said Anthony Connell, director for Ukraine at the Swiss Mine Action Foundation. The robot is equipped with a video camera system. That is, a person can see quite a lot in front and on the sides of the robot, and this is one way to deal with stretch marks.

HALO has also received a remote-controlled Robocut grass mower from the US Army to support its operation.

The need for more advanced demining robots has increased as Russia's use of cluster munitions in Ukraine has increased. Russian troops are even packing cluster bombs into ballistic missiles, allowing them to disperse randomly when they hit the ground. Cluster munitions have been especially lethal to operators in the field and to children who can pick up the bombs by accident.

“Children are naturally curious,” Connell said. “They are overcome by the desire to search, then they find something, they touch it.”

Airwars, an independent weapons investigation team, has found that Russia likely used cluster bombs in a February strike on a children's hospital and blood donation center.

Groups like the HALO Trust have only just begun clearing mines outside of Kyiv, and the ongoing fighting in the Donbass is far beyond their reach. But Ukrainian civilians, temporarily displaced to safety due to the fighting, are already rushing home. The UN Refugee Agency has registered about 2,8 million border crossings with Ukraine since February 28.

The sappers are concerned that Russian troops have left booby traps and bombs in the ruins of houses in an attempt to intimidate the Ukrainian population and deprive them of the opportunity to return home. Bombs can be found in everything from household appliances like washing machines to children's toys.

“This is real terrorism. There is no other way to describe it,” says Cornell.

According to Whatley, chief executive of the HALO Trust, which hopes to increase the number of demining teams in Ukraine to 2022 by the end of 50, the need for demining robots like Spot is becoming even more urgent. In his words, he can easily imagine his sappers working hand in hand with a dozen robot dogs.

Speaking of the demining effort, he said, "This is on a scale that hasn't been seen since World War II."