Home Page In the U.S. The United States may not have time to issue 100 green cards: some immigrants will have to wait up to 000 years

The U.S. government risks under-issuing about 100 employment-related green cards this year as the federal agency in charge of issuing them faces historic delays related to the COVID-000 pandemic. Writes about it The wall street joutnal. 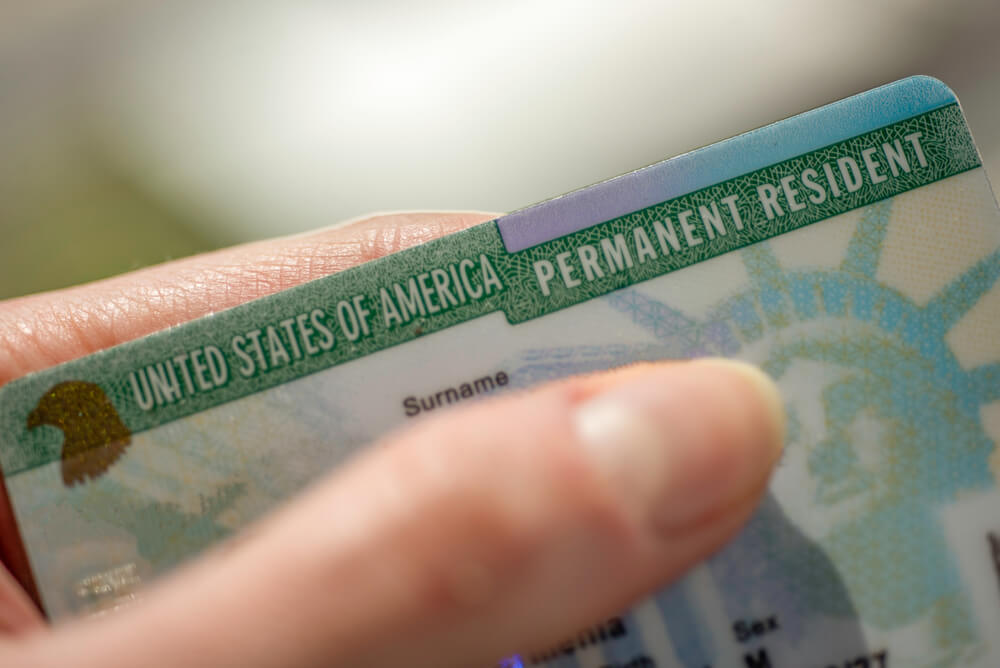 To complicate matters, some of the 1,2 million immigrants have been waiting in line for years. Most of them are Indians working in the technology sector.

The United States Citizenship and Immigration Services (USCIS), the agency primarily responsible for legal immigration, began its fiscal year in October 2020 with a list of 120 more green cards than it usually issues.

But with less than two months left this fiscal year, the agency is far from achieving that goal. The latest data on exactly how many green cards were processed based on employment is not available, but State Department official Charlie Oppenheim said he estimated the government would end September with about 100 unissued green cards. All green cards not issued before the end of September will expire.

USCIS, which has been plagued by financial problems and reduced production capacity since the start of the pandemic, is approving green cards more slowly than usual. According to government data, on average, it takes about 10,5 months from filling out an application to receiving a green card, which is two months more than last year. The data shows that in some cases, applications for a green card wait up to five years.

On the subject: How to update a green card after changing your first or last name: step by step instructions

Due to restrictions on the number of green cards that can be issued to applicants based on their country of origin, Indian immigrants who did not receive a green card this year will not be first in line next year. They may have to wait up to five years before becoming permanent residents of the United States, according to lawyers.

“It's inhuman because somehow you seem smaller than someone with the same qualifications who was born in this country,” said Hildingur Mahanti, a software engineer from Manhattan who moved to the United States in 2000 to pursue a degree. bachelor's degree, and whose employer sponsored him for a green card in 2010. Mahanti has appeared on the lists this year along with tens of thousands of other Indian immigrants, but he has yet to receive a green card.

A separate group of green card applicants have filed a lawsuit with the federal district court in Maryland asking them to keep their places in line after the end of the fiscal year. Joe Sowers, a spokesman for USCIS, said the agency could not comment on the situation due to the litigation.

The existing backlog was exacerbated in the past year by the closure of immigration offices nationwide and US consulates around the world.

In addition, President Donald Trump in April 2020 imposed a travel ban on green card applicants sponsored by family members in the United States.

As a result, about 120 fewer green cards were issued in the United States last year than in a normal year.

A feature of immigration law is that when green cards in the family-based immigration category are not used, the next year the numbers switch to the employment-based category, leading to a bumper crop this year.

Leon Fresco, an immigration lawyer who served as a senior immigration official in President Barack Obama's administration, said that when Congress created the system, it did not expect a situation like COVID-19 that makes the government unable to cope with such an influx of green cards.

Green card applicants, employers and other immigration advocates say the government should have foreseen the situation a year ago, when family green cards were not issued normally, and take steps to try to remedy the situation. The government could send more staff to handle visas, advocates say, or start accepting green card applications before the start of the fiscal year to buy time.

“It's awful that they let this happen because they knew there was such a big effect,” said David Beer, an immigration researcher at the Cato Institute, a Washington-based think tank focused on libertarianism.

The Federation of American Scientists, in a report titled Stop the Incinerator, published jointly with the libertarian think tank Niskanen Center, invited the administration of US President Joe Biden to use its powers to transfer every remaining green card slot to the applicant in line, ensuring that this number is reserved, even if the application is not completed by the next fiscal year.

On the subject: Not just a lottery: the easiest and fastest ways to get a green card

Government officials who participated in discussions on such a plan said the administration does not believe it has unilateral powers to do so and is instead making efforts to have as many green cards as possible issued by the end of September. Some officials are hoping that, in a lawsuit filed this week, a judge will rule that unissued green cards can be carried over into the next fiscal year.

Democrats in Congress are planning to grant the six million immigrants who are in the country illegally the right to receive green cards through their $ 3,5 trillion budget package.

“The only thing we hear is that they are interested in doing it for illegal immigrants, not for people who actually comply with the law,” said Mahanti, who volunteers as head of Immigration Voice, a group of Indian immigrants who speak for solutions to eliminate long-term non-compliance with the requirements for green cards that they face. He added that he supports the creation of paths to citizenship for these immigrants.

Democratic aides in Congress say they are trying to draft not sure if it will be attached to the approval package or to another bill that needs to be passed.