Home culture After 77 years, the traitor of Anne Frank is established: he handed her over to the Nazis, saving his family

New investigation reveals suspect who may have betrayed Anne Frank and her family to the Nazis with the BBC. 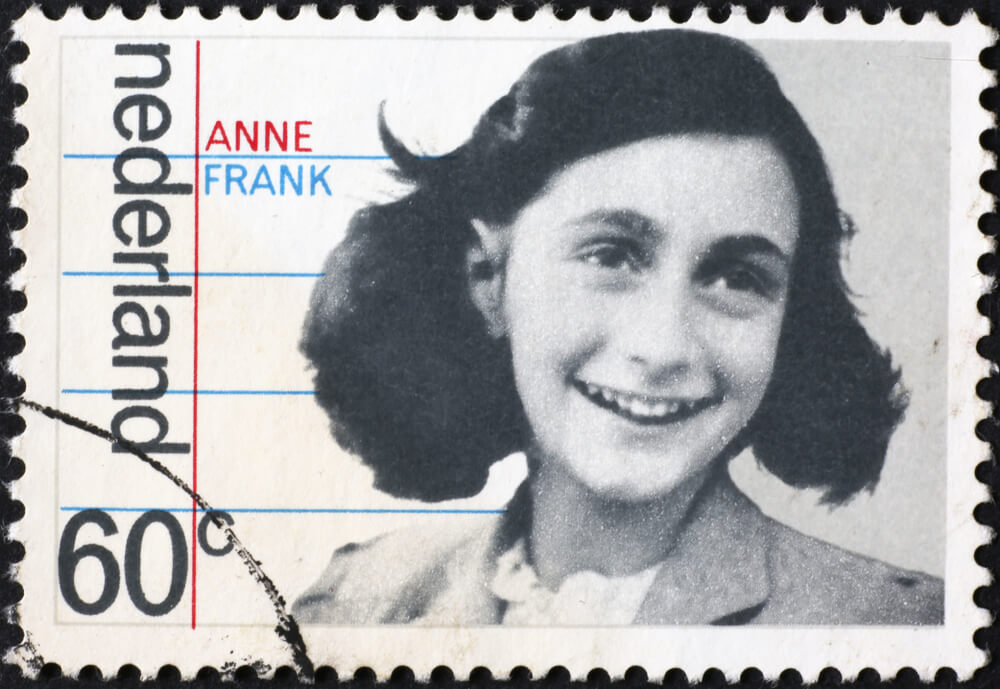 Anne Frank is a Jewish girl, a native of Germany, who, after Hitler came to power, hid with her family from Nazi terror in the Netherlands. As a result, she was captured and sent to Auschwitz, and from there to Bergen-Belsen, where she died of typhus at the end of the war.

The famous "Diary of Anne Frank" - a document denouncing Nazism, has been translated into many languages ​​​​of the world. This book immediately became a world bestseller - not only because of its piercing intonation, but mainly because it managed to combine millions of human tragedies associated with the Holocaust in the fate of one girl. Anne Frank and her family are considered among the most famous victims of Nazism.

Her diary, published after her death, is the most famous first-hand account of Jewish life during the war.

The team, which included a former FBI agent, said that Arnold van den Berg, a Jewish figure from Amsterdam, probably turned the Frank family in to save his family.

A team of historians and other experts spent six years using modern investigative techniques to solve a "cold case". This included using computer algorithms to find connections between many different people, which would take people thousands of hours.

On the subject: Better death than life in the USSR: 43 years ago, a waitress escaped from a Soviet cruise ship and sailed for 40 minutes to Australia

Van den Berg was a member of the Jewish Council of Amsterdam, a body forced to carry out Nazi policies in Jewish areas. In 1943 it was disbanded and its members sent to concentration camps.

But the team found that van den Bergh was not sent to the camp, but instead lived in Amsterdam as usual at the time. There was also speculation that a member of the Jewish Council supplied the Nazis with information.

“When van den Bergh lost all of his defenses that exempted him from having to go to the camps, he had to provide something of value to the Nazis he was in contact with to allow him and his wife to remain safe at the time,” the former agent said. FBI Vince Pankoke.

The team said it took a long time to accept the fact that the other Jew was likely a traitor. But evidence has also been found that Otto Frank, Anne's father, may have known about it himself and kept it a secret.

In the previous investigator's files, they found a copy of an anonymous note sent to Otto Frank identifying Arnold van den Berg as his traitor.

Pankoke said that anti-Semitism may have been the reason it was never made public.

“Perhaps he just felt that if I brought this topic up again…it would only fuel the fire,” he said.

“But we have to keep in mind that the fact that van den Berg was Jewish, it was just that the Nazis put him in a difficult position, he had to do something to save his life,” he adds.

The Anne Frank House Museum said in a statement that it was "impressed" with the work of the investigation team.

The museum said they were not directly involved in the investigation, but shared their archives and the museum with the team.

This discovery, connected with one of the most painful moments, the darkest periods in the life of the Dutch, caused some horror.

Professor Emeritus of Holocaust and Genocide Studies at the University of Amsterdam, Johannes Houvink ten Keith, said that if there were lists of Jews in hiding, they would have appeared sooner. He told investigators, "Big charges need big evidence."

The Netherlands is currently a polarized country in which the far right is emboldened. Here, Anne Frank remains a reminder of the oppression and prejudice inflicted on sections of Dutch society in the not so distant past, and a warning of what could become of a nation taken over by the Nazis.

While there is still some skepticism and acceptance that we may never know the traitor's true identity, this story serves as a warning - a lesson in what humanity can be capable of in the darkest of times.