Home Page In the U.S. Spleen arrives in the USA after a 10 year hiatus

Spleen arrives in the USA after a 10 year hiatus 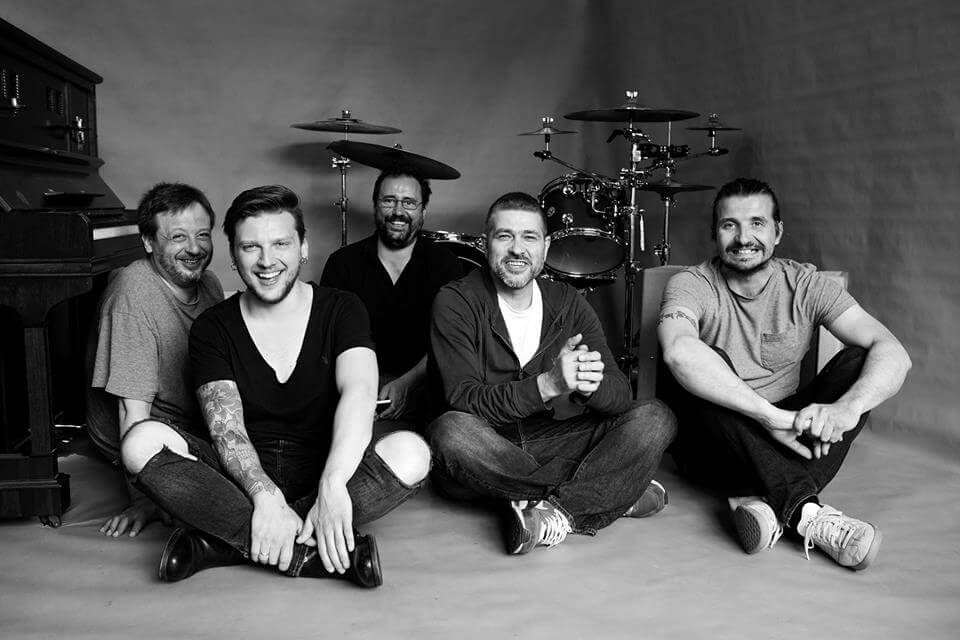 The group "Spleen" in April comes on tour to the USA, where they have not performed for 10 years. The St. Petersburg rock band embarks on a North American tour in April. Residents of Boston (April 15), New York (April 16), Washington (April 17), Los Angeles (April 20), San Francisco (April 22) and Seattle (April 24) will be able to hear the popular song "Orbit Without Sugar" ). Ticket prices range from $ 60 to $ 280.

ForumDaily collected 17 interesting facts about the work of the group "Splin". This information was published on your site fans of the group.

1. The first five years of his life Sasha Vasiliev spent in the African state of Sierra Leone. The father-engineer was engaged in the construction of the port, and my mother taught Russian language and literature there at a school at the USSR Embassy.

2. The composition "Bonnie and Clyde" Alexander Vasiliev wrote in the kitchen, after watching the film of the same name, while the credits were going on.

3. Alexander Vasiliev loves football, especially Western. As a child, I went to training for six months. He is a fan of Zenit.

4. The popular song “Fellini”, recorded together with the BI2 group, was banned from broadcasting on Belarusian radio stations. This decision was made by President Alexander Lukashenko, who heard drug propaganda in the lyrics. Alexander Vasiliev said that there is no heroin in the song, there is only “a hero and a heroine”.

5. Once Alexander Vasiliev got into a fight with pop-artist Vlad Stashevsky because the latter said that his song “Orbit without sugar” differs from mine “You just give me everything I want” only by the guitar sound. However, he admitted that he respects Vasiliev as a poet.

6. Alexander Vasiliev sang in a church choir at a young age, after which he himself did not understand why this career did not work out for him. “Church art has not become impoverished,” the group leader said.

7. The first concert in the life of 12-year-old Sasha Vasiliev was the “Time Machine” concert, to which he went with his sister. It was from that moment that the excellent student decided to take up music and dropped out.

9. Translated from English Spleen is “spleen”.

10. Two songs of the "Splin" group - "Dai, Jim" and "Rock and Roll Star" can be considered a dedication to the leader of The Doors, Jim Morrison, and the song "Lucy sits at home" is the answer to Lucy in the Sky with Diamonds by The Beatles.

11. During the recording of the "Lantern under the Eye" album, a guitar was used, which was presented to "Splin" by Yuri Shevchuk in 1996 as the best group of the festival "Fill the sky with kindness".

12. The line “Rodriguez will live for a long time” from the famous song “Orbit without sugar” is dedicated not to the famous director, but to the cat of Vasiliev's friend.

13. “Milk and Honey” is not only the title of the song “Splin”, but also the name of John Lennon's album, which was released after the death of the musician thanks to his wife Yoko Ono.

14. Obscene vocabulary sounded in the work of the group "Spleen" only once - in the song "Get out of my head".

15. In 1993, Vasiliev got into a car accident. Of the consequences: Sasha’s windshield and broken leg.

16. Before "Splin" there was a group "Mitra", which in the early 90s did not pass the professional selection to the St. Petersburg rock club.

17. Favorite place of Vasilyev - the city of Pavlovsk - a suburb of St. Petersburg, or rather, a huge park in it.

How musicians from 74 countries taught world leaders an important lesson

David Bowie. How he came to Moscow

Read more interesting and useful information on our page in Facebook

concert in the USA