Home New York Local tips: 9 things you should not do in New York

Local tips: 9 things you should not do in New York

If you are going to New York, you should definitely take into account the advice of knowledgeable people. The list of entertainment and attractions of the city is simply huge, especially if you include restaurants in it, but the list of things that should not be done in any case is also rather big. Without a doubt, you should avoid places with a crazy crowd of tourists, undeservedly popular eateries and skillfully imposed dubious pleasures - especially if you are in New York for a while, writes GQ. 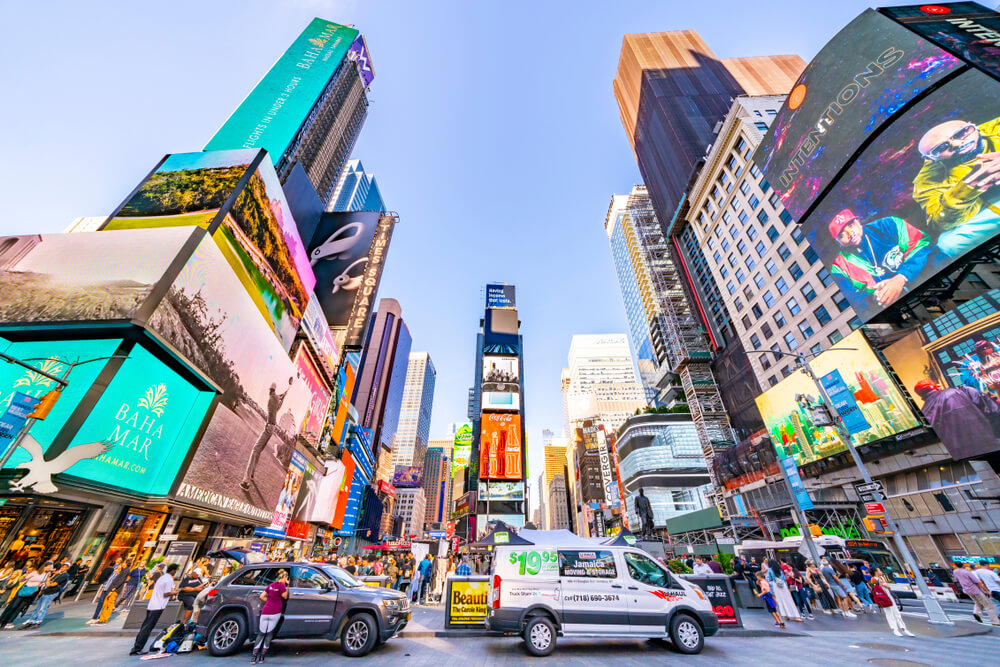 On the other hand, even local residents often agree that there are several tourist places in the city that you must get to without fail, spit on money, crowds and lack of time. Among them - among many others - the Metropolitan Museum of Art, the Statue of Liberty and Ellis Island.

1. Do not get on a bicycle taxi

In Times Square or Herald Square, taxi drivers stand on every corner - waiting for passengers to shake out the entire contents of their wallet (a trip of 20 quarters will cost $ 25).

Since no self-respecting New Yorker will ever overpay, the very fact of your landing in a bicycle taxi will immediately give you a tourist - and faster and more reliable than having a waist bag or a Red Sox baseball cap. Taxis, by the way, are also best avoided: very expensive, often unsafe and also harmful to the environment.

Use the metro instead

Every weekday, more than five million people descend into the New York subway. And here's why: the metro is fast, reliable, cheap and environmentally friendly; the subway is easy to navigate, plus trains run 24 hours 7 days a week. In addition, experienced travelers know that the metro is the best place to look at people.

On the subject: 9 places worth visiting in New York instead of popular tourist attractions

You will not find such social and national diversity either at Greenwich Village or at the UN headquarters: in New York, everyone travels from the artists and bankers to immigrants who have just arrived. In addition, do not forget that New York is an ideal city for walking. From Times Square to Central Park, you can take a quick step in less than 20 minutes.

2. Do not buy hot dogs on the street

Street carts with multi-colored umbrellas selling hot dogs are the same symbol of New York as yellow taxis and the Empire State Building. Business thrives thanks to tourists who, hungry, grab the first available high-calorie food. But let's face it: a sluggish sausage, God knows how much time has lain in a metal unit, which is put in cardboard bread and sprinkled with stale vegetables - this is not food. Of course, street food in New York (including meat) is quite successful - you just need to know the places. If you want to eat a hot dog, buy it in a decent place, instead of giving away two dollars for an obscure product poured with mustard from a seized bottle.

Вplace of this go to checked places

For a real classic hot dog with beef sausage ($ 3,10) you have to go to Katz's Delicatessen. However, not only there: in New York, the gastronomic capital of America, there are a lot of places where delicious hot dogs make it. Saltie Bakery (378 Metropolitan Avenue, 718-387-4777) has wonderful brioches, rolls, pastries and puddings. At Crif Dogs in East Village (113 St. Marks Place, 212-614-2728), homemade smoked sausages are fried to the right bursting crust and add non-standard toppings: avocado, slaw and cream cheese. You can make it even cooler and book a table in the cult PDT "adult" bar, you can get into it by going through a telephone booth at Crif Dogs. Order a Good Morning hot dog wrapped in bacon and sprinkled with melted cheese and fried egg ($ 5) and drink it with the perfect Manhattan cocktail.

3. Do not climb the Empire State Building

There are such amusement parks where you have to stand in line for two hours, methodically moving through four souvenir crowds and a restaurant under a continuous children's play - all this in order to ride for four minutes. So getting to the top of the Empire State Building is about the same. Not even approximately, but absolutely the same. No doubt, the view of the city from the Empire State Building opens up beautiful - only by the time you finally get there, you don’t want anything at all.

Because you have to defend at least five lines: on the street, in the lobby at the entrance to the elevator, at the ticket office, then into the second elevator and at the exit of the elevator - to get to the observation deck. The expectation will be overshadowed by annoyingly insistent offers “buy an express ticket”, “ride around the city in 3D mode” and a public demonstration of your own unhappy physiognomy on a large screen with green backlight. On the way back down, you will need to stand in three lines, squeezing along with a crowd of people through the inevitable gift shop. In general, this is the worst of what tourists experience.

Instead, head up to The Rainbow Room Restaurant.

A true New Yorker knows that any event is best experienced with a cocktail in hand. So the $ 20 you would have to pay to go up to the Empire State Building would be better spent on Manhattan cocktails and great views of Manhattan in The Rainbow Room, located on the 65th floor of the famous GE Building (30 Rockefeller Plaza, 65th floor, 212-632-5000). The local bartenders are professional and courteous, as in the legendary New York bars; The colorful interior in the Art Deco style will delight. Yes, this is also an attraction for tourists, but one that the locals can envy. Climb to the 70th floor to the observation deck of The Top of the Rock (212-698-2000), which rises above the Rockefeller Center: here you will find free alcohol and amazing views of the city, including the Empire State Building with its unfortunate visitors. The review is magical, you won’t have to wait long - in general, this experiment will be much more pleasant.

4. Do not eat cupcakes in Magnolia Bakery

Ever since Magnolia Bakery flashed in one of the episodes of the series Sex and the City, endless crowds of Carrie Bradshaw fans have flocked here, to the corner of Bleecker and West 11, dragging bored boyfriends behind them. On weekends, a line is built a block from the patisserie, and all the asphalt in the vicinity of West Village is dotted with cupcake wrappers. But want to know the truth?

The cupcakes here are mealy and tasteless, the sugary glaze, the saleswomen are unfriendly, and the founding owners sold the business many years ago. The cupcakes in New York's Magnolia Bakery are essentially the same as the donuts at the Café du Monde in New Orleans: a mythologized cliché harmful to the teeth.

Instead, try canolly at Rocco's bakery

Walk a few blocks down to 243 Bleecker Street - this is the location of the truly historic Rocco's Pastry Shop (243 Bleecker Street, 212-242-6031), preserved from the long time ago when Italian immigrants inhabited this part of the Village. It sells delicious authentic canolles that can be washed with espresso.

On the subject: Honestly about New York: 5 places that tourists should not visit

If you certainly want to try cupcakes, get in a taxi and head to Cupcake Café (545 Ninth Avenue, 212-465-1530), where cupcakes began to bake long before Magnolia was born. Over time, they did not get worse: cupcakes here make huge, juicy, with real cream cream. The location of the main cafe on Ninth Avenue near the Port Authority Bus Terminal bus fleet is not very good, but the second Rocco's Pastry Shop is at the cute children's bookstore Books of Wonder in Chelsea (18 W. 18th Street).