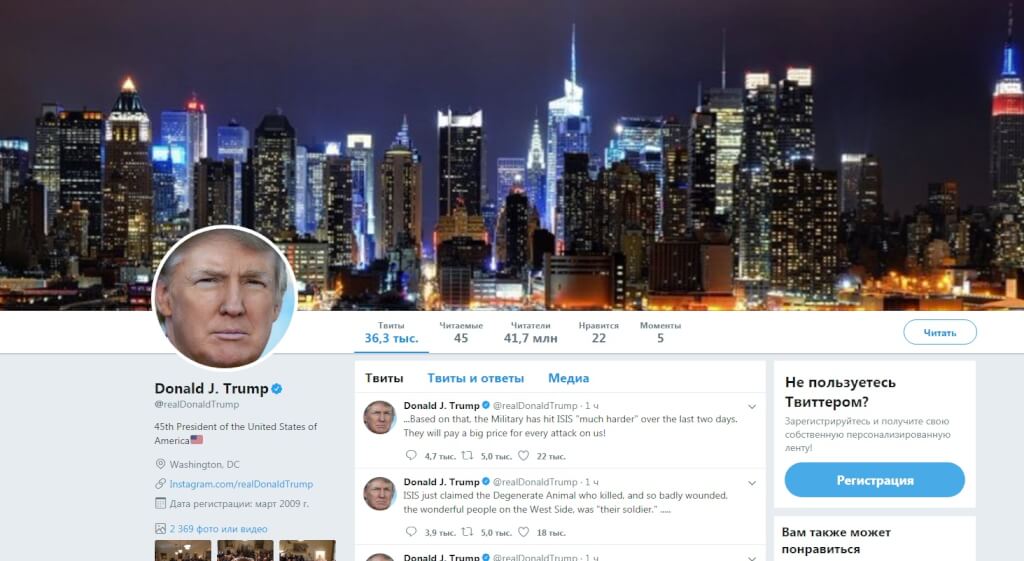 On Thursday evening, around the 19 clock, Eastern Time, the unthinkable happened: the Twitter leader of the United States disappeared from his beloved platform.

Verified Account @ realDonaldTrump President Trump was briefly deactivated. Everyone who went to his page, saw the message: "Sorry, this page does not exist!".

It was first reported that Trump's blog was "unintentionally deactivated due to a human error." But after a couple of hours Twitter announced further investigation. Later it became known that it was not a failure, but the work of an employee Twitter on his or her last day at work.

“We found out that this was done by a support person who worked at the company for the last day. We are conducting a full-scale internal investigation, - the company said in its own Twitter account. “We continue to investigate the circumstances and are taking measures to prevent the recurrence of such incidents,” - said in a tweet.

After the incident was followed by many sarcastic jokes about the short-term outcome of Trump.

“At that moment,“ Sorry, this page does not exist! "[Trump] really became President," writes one user.

Others pondered whether Trump was banned from leaving messages on the platform.

News that it was an employee Twitter, caused a new wave of tweets. 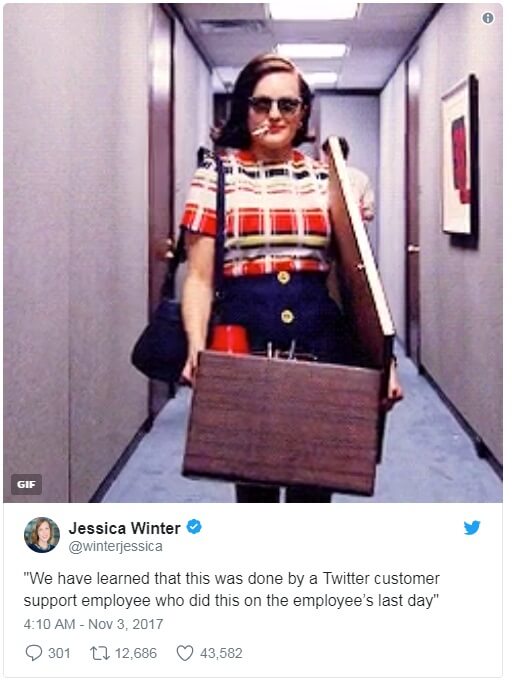 The US President is actively using the social network for political statements, expressing his own opinions on various issues and for attacking his political opponents.

He did this during the election campaign of 2016 of the year and continued this practice while in office.

Trump's fortune declined by $ 600 million over the year