Home In the U.S. The soldier himself amputated his leg to save the crew from the tank

The American soldier was named a hero after he amputated his leg to save his teammates. Despite the tragic outcome, 21-year-old Ezra Mayes says this is the best thing that has ever happened to him. 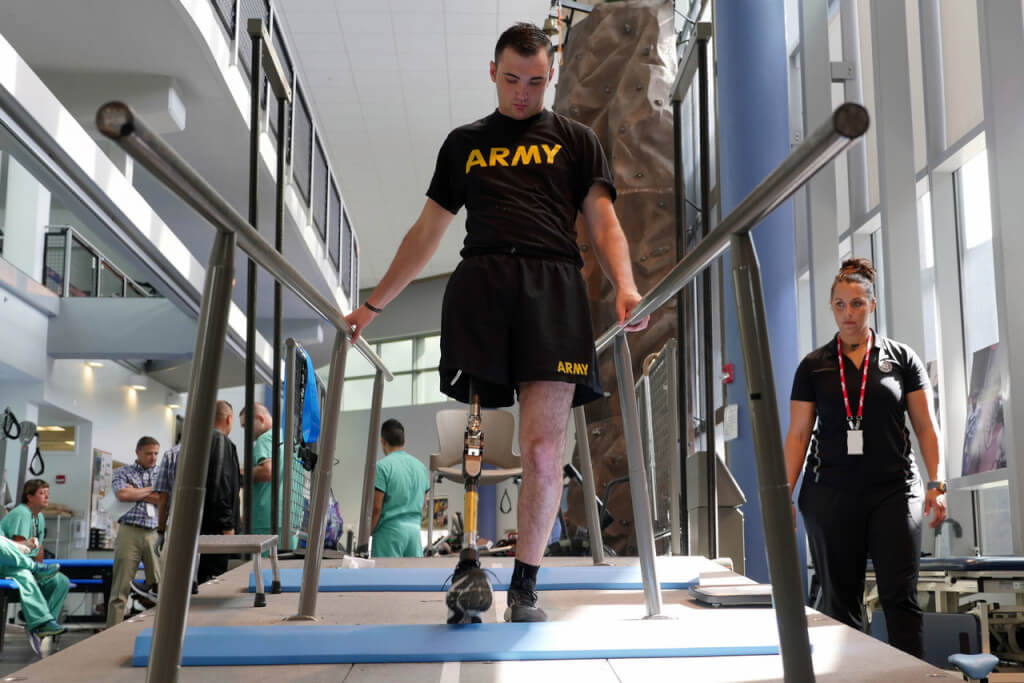 "Every day I wake up and see how was close to losing it all. But I'm still here. I managed to survive. It’s just a scar, ”he said.

Everything happened in Poland, where Mace was sent to rotation. He and two crew members fell asleep one night in a tank. Suddenly they woke up from the fact that the tank began to slowly move down at a speed of 5 mph (8,04 km / h). It turned out that the parking brake failed.

The crew began to take all the actions prescribed in the emergency protocol, but nothing helped.

“We held on and hoped that one of the trees would stop us. For the most part, that’s what happened, ”Mays recalls.

The tank managed to gain speed up to 30 mph (48,28 km / h), but after hitting several trees it slowed down, eventually crashing into the embankment.

Having flown out of the tank, Mace's right leg was stuck in a mechanism under the tank. The driver broke his head and broke his back, and the gunner sprained his leg and received a “terrible wound” on the inside of his thigh. 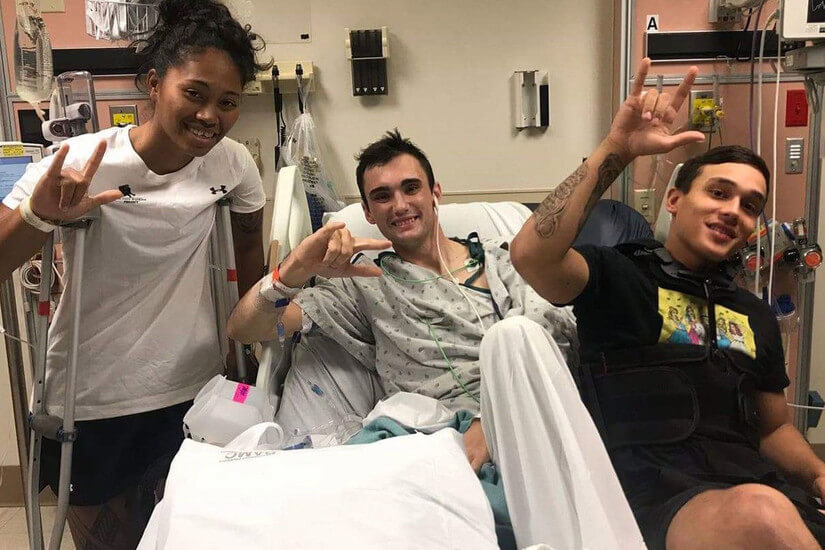 Mays focused on helping other affected crew members. Seeing the wound on the gunner’s leg, he realized that he must “fix it immediately.”

He began to spin and turn, being under the gear transmission of the tank. The guy was sure that this form was stuck and does not allow him to move.

“I felt a crack and a break, I thought I had torn my uniform,” said Mays.

Then he noticed that he independently amputated his leg to break out of the mechanism, and began to quickly lose blood.

“I almost passed out,” Mace recalls.

To pinch the wound, the guys used their belts, sprayed cold water on the victim's face to avoid shock.

As a result of the accident, the radio station in the tank did not work. Their mobile phones are stuck or broken. All but one.

One of the team members crawled to the phone and gave it to Mace to call the rescuers.

“As soon as they found us, everything turned into a sea of ​​jokes and laughter. We were so happy that help came for us, ”he said.

When someone took his amputated leg, Mace smirked: “Hey, bring her. I still need her. ” 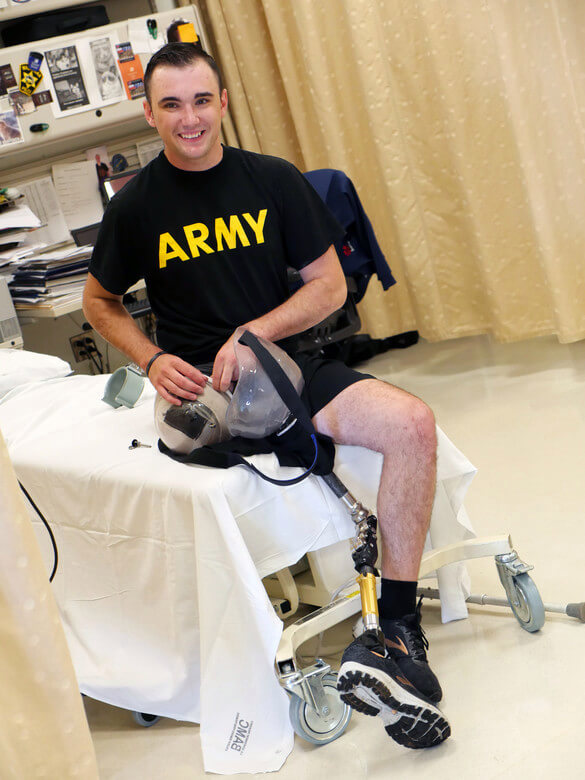 The young soldier was taken to a hospital in Landstuhl, Germany, and then to San Antonio, Texas. He was later taken to Brook Army Medical Center at Fort Sam Houston.

Since then, he has been undergoing physiotherapy and occupational therapy at the Intrepid Center, an outpatient rehabilitation center of the medical center. Up to three times a week, he practices yoga, swims in kayaks, works with service dogs.

“This is the most comprehensive help imaginable,” he said.

From the orphanage to Boston University: the story of a disabled orphans from Russia adopted by Americans

"I will still remain Russian in this country": as a journalist moved to the USA

What trauma taught me: 15 observations about American medicine and society