Home In the U.S. Increasing employment and consumer spending: the US economy is recovering rapidly

A Commerce Department report on Thursday, Oct. 1, showed that consumer spending rose 1,0% in August after rising 1,5% in July. CNBC. 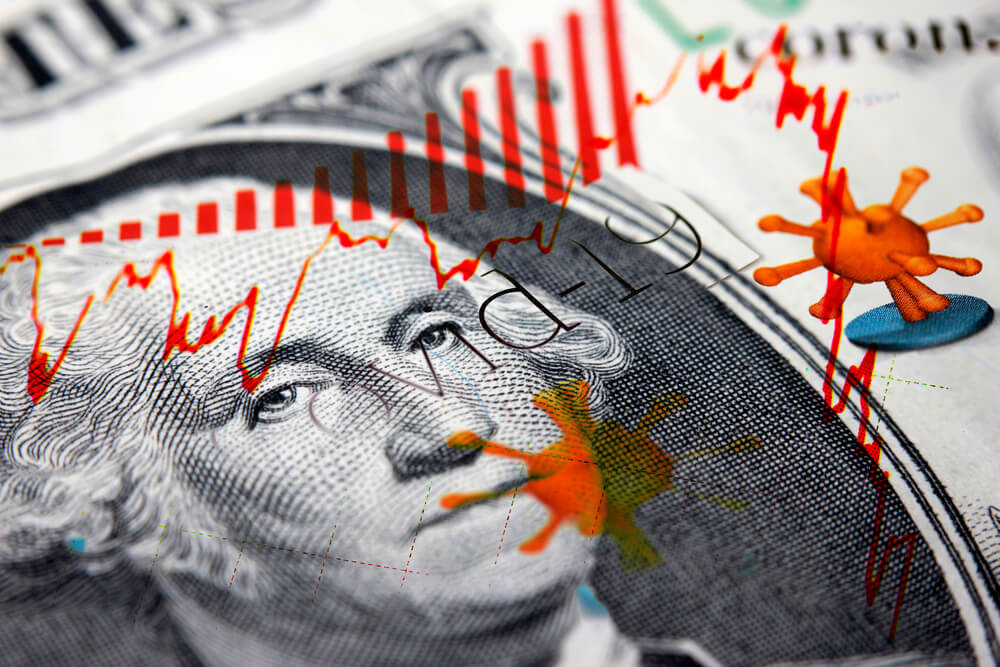 Economists had forecast that consumer spending, which accounts for more than two-thirds of US economic activity, would rise 0,8% in August.

Personal income fell 2,7% in August, reflecting a decline in unemployment insurance payments. The $ 600 Supplementary Unemployment Insurance Benefit ended in July and was replaced by a $ 300 supplement. July revenues were up 0,5%.

Additional unemployment benefits have helped to anchor consumer spending, but funding for the program is running low.

The economy is on track for a record rebound in the third quarter after a historic downturn between April and June. Estimates of GDP growth in the third quarter exceed 32% on an annualized basis. The economy contracted 31,4% in the second quarter, the deepest recession since the government began keeping records in 1947. Estimates of the rise for the fourth quarter were lowered to 2,5% from rates above 10%.

On the subject: Americans saved tens of billions of dollars working from home during the pandemic

As reported on Friday, October 2, by the Bureau of Labor Statistics, the economy added 661 jobs in September. The unemployment rate was 000%, writes CNN.

This is the highest unemployment rate ahead of a presidential election since the government began tracking monthly rates in 1948. The October employment report will be released the first Friday after the election.

The pandemic has disrupted America's strong labor market and more than 22 million jobs disappeared during the spring self-isolation. If Donald Trump loses the election, he could become the first president to leave the White House with fewer jobs in the country than when he took office.

If you compare the track record of presidents in their first 44 months in office over the same period, Trump is the last.

President George W. Bush lost his job during his first presidential term since the recession. In the first 44 months of the Bush administration, 605 jobs were lost - far fewer than under Trump. However, jobs have increased over Bush’s tenure.

Government reports on monthly job numbers date back to 1939, in the middle of Franklin Roosevelt's reign.

The September job addition slowed significantly from the 1,4 million in August. And although the economy added more than 1 million jobs every month from May to August, their total number in the country has decreased by 10,7 million since February.

After the first closure, job recovery was easier because factories reopened, albeit with restrictions. But after more than six months it is harder to make improvements, as the economic downturn affects businesses of all sizes. Plus, payroll protection funds are running out for many small businesses that have already spent money on rehiring.

The hospitality and leisure industries and retail trade generated the most jobs in the last month; the affected sectors continue to recover. But employment in catering and drinking establishments has decreased since February by 2,3 million jobs.

“The report shows a two-way economy: More than 12,6 million Americans are out of work due to the upcoming COVID-19 epidemic, while employers in other sectors of the economy have added millions of new jobs,” said Andrew Chamberlain, chief economist at Glassdoor.

Another reason for the slowdown in growth in September is the government itself. Over the past few months, the Census Bureau has hired temporary workers to count this year, adding 238 jobs from July to August alone. But in September, census employment fell by 000 jobs.

U.S. unemployment
Facebook
Vkontakte
to bookmarks
Подпишитесь на нашу рассылку We will write to you only about the most important