Since taking office as President Joe Biden, his administration has supported Washington's supply of weapons and training to the Ukrainian military, including $ 275 million in support packages since March alone. Now the United States is planning to present the Iron Dome defense systems to Kiev. The edition told in more detail Political. 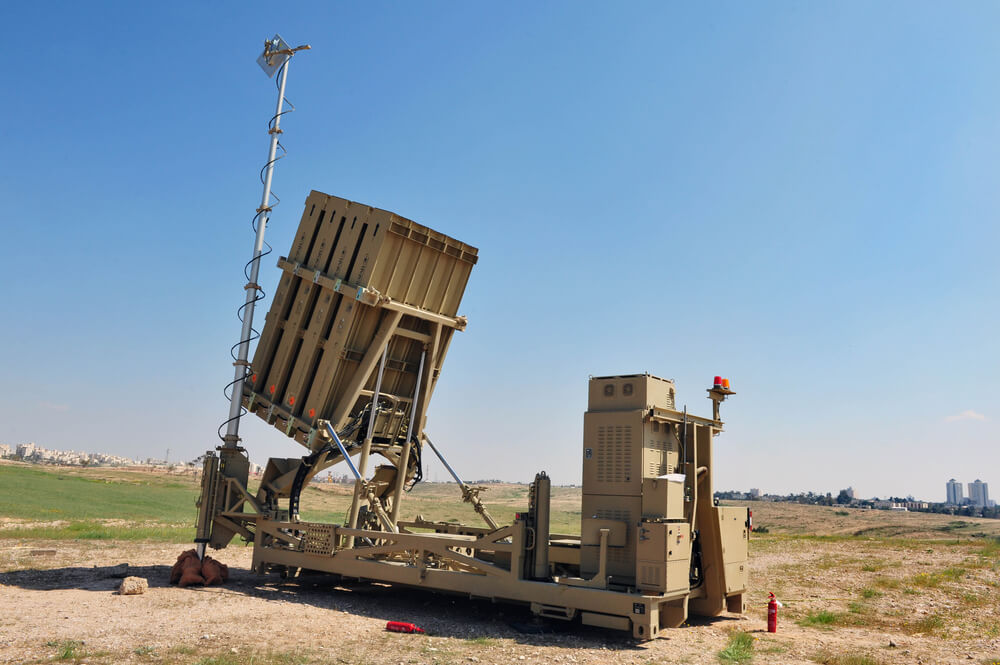 Some congressmen have included an amendment to the 2022 defense bill that will force the Biden administration to sell or transfer new air and missile defense systems to Ukraine, including the potential shipment of an Iron Dome currently operated by the US Army.

The House Armed Services Committee's FY2022 Defense Policy Bill includes an amendment requiring the Pentagon to submit a report to Congress outlining options for a potential sale or transfer of "existing systems" to Ukraine.

The offer to sell or send new air defense systems to Kiev is likely to increase tensions with Moscow, which has been waging a war in eastern Ukraine since 2014 and views such a transfer near its border as a provocation. Russia has long complained about the US missile defense system in Romania, claiming it could be used for offensive purposes.

Since its deployment to Israel in 2011, the system, built by Israeli defense company Rafael in partnership with Raytheon, has established itself as one of the world's most effective short-range missile destroyers. The Israeli military said the Iron Dome shot down about 90 percent of the rockets fired at Israel in the past few years. According to Wikipedia, each battery can protect an area of ​​150 square kilometers

Two batteries are currently being prepared for commissioning next year. But the Army has struggled to integrate missile defenses: The Iron Dome was not designed to work within the Army's new command and control system - an issue that limits their usefulness in deployment.

On the subject: A real hero: the story of a Ukrainian who died saving lives during the September 11 attacks

The HASC version of the FY2022 Defense Bill, which was approved on September 2, does not define any specific weapons system to be handed over to the Ukrainians. But one congressional staffer said the language about handing over existing systems says a lot: the army's two Iron Dome batteries are prime candidates because the army has few systems to neutralize the threat Ukraine faces from Russia.

In recent months, the Ukrainian government has said it needs more defense systems. Following the May announcement that Ukraine would start increasing its annual defense budget, Ukrainian Defense Minister Andriy Taran said he would like to spend some of the funds on new air defense systems. In doing so, he pointed to the "Iron Dome" as one of the options.

These messages were heard in Washington and members of Congress took note.

“Given the desire and mutual recognition that more needs to be done on the integrated air defense front for Ukrainians, and given some of the administration’s policy decisions regarding Ukraine recently, there is a desire to try to do more to help them,” said a congressional official on the terms anonymity.

But there are questions about the effectiveness of the Iron Dome in Ukraine.

“From a tactical point of view, it will not be effective at close range or on the line of contact, because this system can be very quickly shot down by Russian multiple launch rocket systems,” explained Michael Kofman, director of the Russian research program. "But it is capable of intercepting longer-range missiles, which will allow the battery to defend a critical facility or command center in eastern Ukraine."

At the same time, the White House did not confirm the fact that it is planned to transfer the defense systems to Ukraine, writes "Ukrainian Truth".

White House spokeswoman Jen Psaki said, “I have to check this with the team. I know that we announced the provision of additional assistance during the meeting of the presidents, but as for the details, I need to check with the team. "

The Ukrainian Air Defense Amendment was introduced by Congressman Scott Franklin (Florida) and passed by a bipartisan vote.

The House bill already calls for military aid to Ukraine in the amount of $ 275 million, excluding the transfer of missile defense systems, but any transfer will not lead to a significant increase in the total amount, since the Iron Dome has already been paid for.

Several Ukrainian and Israeli news reports this spring suggested that Kiev wants to buy the Iron Dome from Israel, but such an acquisition could be difficult. The Israeli government will need Washington's approval to sell it to a third country, given a joint development agreement with US-based Raytheon, and Tel Aviv has a delicate relationship with Moscow. The two countries have agreed not to sell weapons to certain third parties such as Ukraine and Iran, and in recent years they have reached an uneasy understanding on the situation in Syria.

However, there are downsides to the fact that the US Army is getting rid of the Iron Dome, even if the service cannot integrate it into its command and control system.

After two decades of confronting several sophisticated missile threats from insurgents in Iraq and Afghanistan, the army "faces a significant shortage of anti-missile artillery, mortars and cruise missiles," said Tom Karako, missile director of the Center for Strategic and International Security.

One army official noted that while the Iron Dome cannot work with other systems, many other modern weapons and sensors also cannot communicate with each other. But this is a problem that the army did not want to aggravate by buying more of such equipment.

The amendment, which includes Ukrainian missile defense, is part of a $ 24 billion increase in funding contributed by HASC rating agency member Mike Rogers to Biden's defense policy bill. The package also includes an additional $ 25 million to the Ukraine Security Assistance Initiative, in addition to the $ 250 million already planned. This means that the level of assistance to Ukraine in 2022 will be the same as in 2021 - $ 275 million.

It is unclear what the ultimate fate of Ukraine’s funding increases will be when the bill is passed by the full and then passed for consideration by the House of Representatives and Senate committees this year to agree on a final bill.

Retirement Retirement in the United States: Are Immigrants Eligible for American Retirement Benefits