Russia and Belarus have agreed to partially unite their economies, and in fact they are talking about the creation of a confederal state, the Kommersant newspaper wrote on September 16. 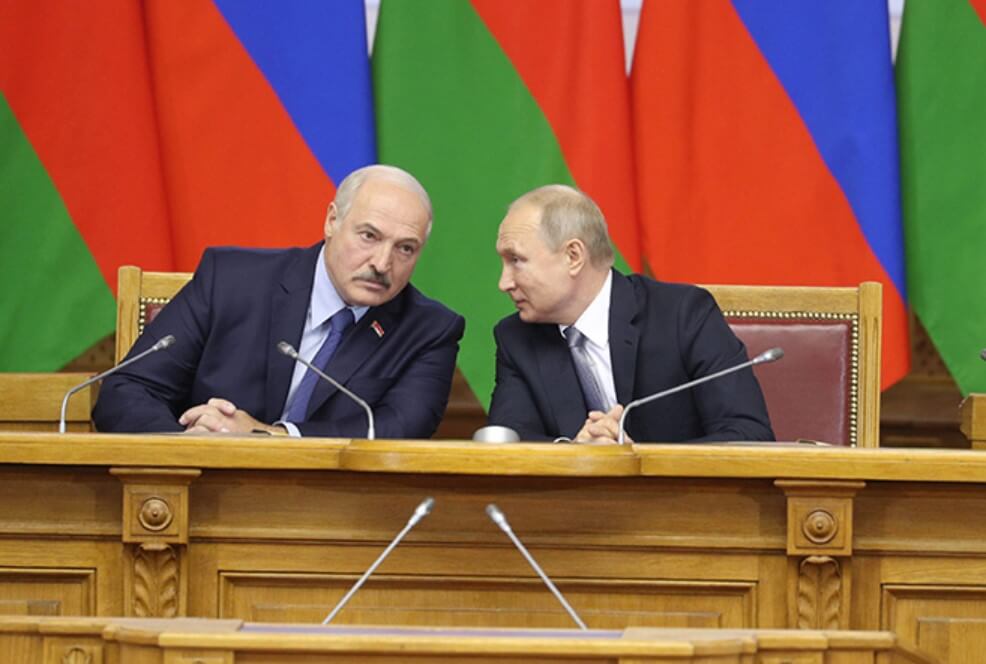 In Minsk, the article was proposed to be regarded as “idle journalistic clichés”. Independence is sacred, and no joint governing bodies are created, because the countries are not ready for this, said the press secretary of the President of Belarus Natalya Eismont, writes Air force.

Kommersant has published some details of the program of economic integration of Russia and Belarus with reference to the document initialed (that is, preliminary agreed upon) by Prime Ministers Dmitry Medvedev and Sergei Rumas on September 6.

“We are talking about a rather radical project: this is partial economic integration at a level no less than in the European Union, and in a number of issues - similar to confederal or even federal states,” wrote the newspaper's deputy editor-in-chief Dmitry Butrin.

“We are talking about the absorption by the highly state-controlled economy of Russia almost completely of the state economy of Belarus at the level of government,” the article says.

According to the publication, the document stipulates the following provisions:

The most important thing that is supposed to be combined is tax systems, says original article. Based on the document, it is impossible to say from which year it will come into force - however, if from the 1 of January 2022 of the year in the Union State the issues related to general and national subjects of jurisdiction and the Tax Code of the Russian Federation are differentiated (as is standard in the confederation) may change in 2022 year.

Since January 2022, two states within the Union State also intend to pursue a “coordinated policy” in the labor market and in the field of social protection, but in the latter case only “rapprochement of the level” of social guarantees and in the future “equal rights” of citizens of the two countries is promised, the newspaper notes .

Areas that are absolutely not affected by the Program of Action: this is defense, state security, the court, law enforcement and issues of the Ministry of Internal Affairs, education, health care, science, as well as directly state administration, that is, the internal structure of the executive branch in Russia and Belarus, as well as powers (and the very existence) of the executive power of the Union State. However, the parties agreed that “other provisions of the treaty” on the Union State may also be discussed.

The document does not contain specifics on how these measures will be implemented, Kommersant admits.

For example, it is unclear how the joint customs policy will differ from the current policy within the framework of the Eurasian Economic Community, and also what exactly the consolidation of tax codes consists of while maintaining separate budgets.

The conditions are unrealistic and most of all in this article the timing is surprising, Vadim Iosub, a senior analyst at Alpari Eurasia, told the BBC: “When they write that it will be possible to unify the Civil Code, the fiscal system, the banking and customs systems and so on, it's fantastic. ”

On the subject: Bloomberg: Vladimir Putin plans to stay in power after 2024 and unite Russia and Belarus

In addition, for Belarus, such integration will be disadvantageous in many respects, Iosub believes.

“The most striking example is the following: Belarus is betting on an internal IT offshore called the Hi-Tech Park. From year to year it increases foreign exchange earnings on a significant scale for Belarus. The unification of budget and tax codes will make it impossible for such internal offshore companies to exist, ”the expert says.

We can also conclude from the article that Belarus will actually have to subscribe to all Russian counter-sanctions, and this is fraught with risks of additional sanctions against Minsk, Yosub says.

If a unified regulator of the fuel and energy complex market is created, it is not clear who will manage it, political observer Artem Shraibman writes in his telegram channel.

“If Belarus and Russia [lead] on equal terms, Moscow will not accept it. If in proportion to the weight of the countries, Minsk will not accept this. Everything else is simple negotiations between capitals, that is, the same thing that exists today, the expert notes. “Plum adds practically nothing new to what we knew before,” he adds.

“Only the specific course of the negotiations, which, based on the experience of September 2019, are unlikely to be public, will show how much this risk for Russia is consistent with the tasks of integration with the economy 29 times lower,” concludes Dmitry Butrin in his article for Kommersant.

On the subject: 'Minsk will become the capital of the USA': Lukashenko agitated the network with an unexpected statement

What do the authorities say?

The draft integration program will become a program only when the presidents sign it, press secretary of the Belarusian president Natalya Eismont told the Nasha Niva newspaper.

“All the loud terms used in this article - confederation, federation, and so on - we would suggest evaluating as idle journalistic clichés,” she said.

Any processes are based on the thesis of the independence of Belarus and Russia, the press secretary said: “This is sacred! Red flags represent the sovereignty and independence of each country. In the integration processes, we are taking those steps that are economically expedient. No joint bodies are being created - the countries are not ready for this ”.

The publication of Kommersant was also commented on in the Kremlin.

“So far, the [integration] plan has not been published or disclosed, so all this information is of a purely preliminary nature,” said Dmitry Peskov, press secretary of the Russian president.

Bloomberg: Vladimir Putin plans to stay in power after 2024 and unite Russia and Belarus

'I'm already a lesser evil': how Lukashenka 25 has been in power for years