Home Page At home Media denies Kremlin claims that "more than 20% of Americans want to leave the United States."

Media denies Kremlin claims that "more than 20% of Americans want to leave the United States."

Press Secretary of the President of the Russian Federation Dmitry Peskov said on April 5 that "more than a fifth of Americans want to leave the United States," he quotes Currently,. So he commented on the data of the American sociological service Gallup, distributed the day before: it follows from them that more than 20% of Russians consider the option of leaving Russia, if they had the opportunity to do so. 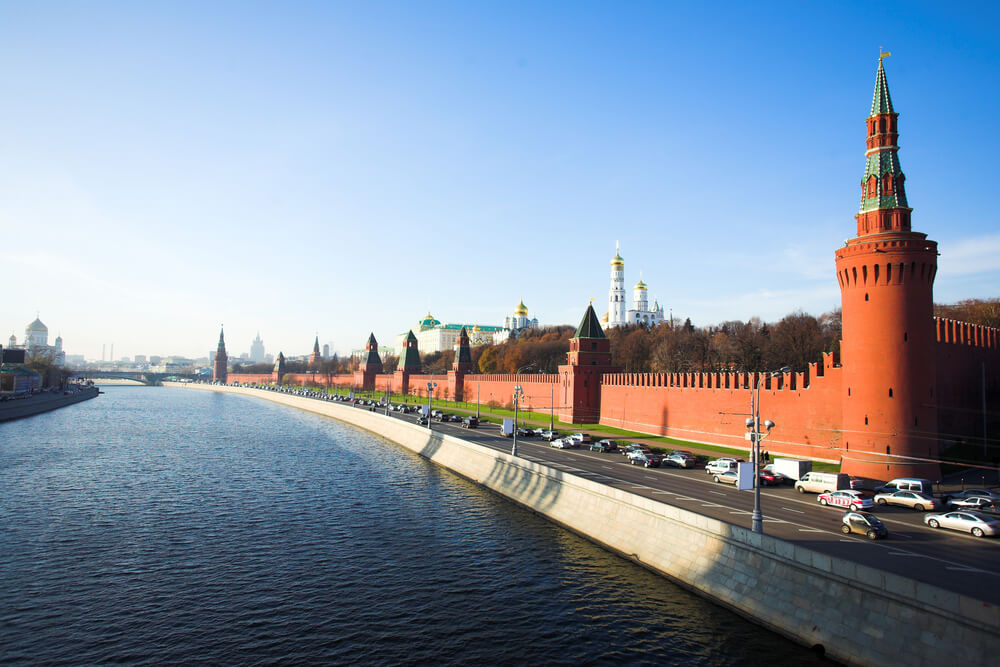 And most often think about the emigration of young people and held professionals at the age of 30-45 years.

Peskov said that he considers "the desire of people to emigrate" normal, and the Gallup data on Russians, he said, "is not a high indicator."

“This research is carried out by different companies around the world. This is far from the highest rate, he said. "For example, the number of Americans who want to emigrate from America is much more than one-fifth." 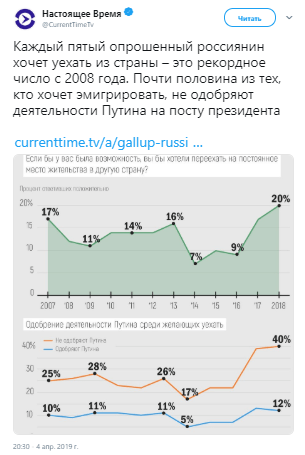 Peskov’s statement about the number of Americans who want to emigrate is not correct from the actual point of view. According to the same gallup, at the end of 2018, the number of US citizens who intend to emigrate at the earliest opportunity really reached record levels. But still, it did not exceed 16% of the respondents, which is much less than the “one-fifth of the population” named by the Kremlin press secretary. Under Barack Obama, the share of those thinking about emigration to the United States hovered around 10% of the respondents, and under George W. Bush - 11%.

Sociologists call one of the reasons for the current emigration sentiments of US citizens in the Donald Trump presidency, which is far from being enjoyed by everyone. On average, according to immigration services, since the time Trump came to power, thousands of people left for Canada on average 2 a year more than before. But again, this figure is less than the number of Russians who are willing to emigrate from Russia because of the policies of President Vladimir Putin.

A crushing blow to the United States: Putin’s daughters will lose their inheritance, and the ruble will collapse

Putin filed a declaration: how much does the president of Russia earn

Russia is waiting for new US sanctions: what came up with the Democrats