On Tuesday, December 22, President Donald Trump said he was asking for changes to the coronavirus relief bill passed by Congress, which casts doubt on the future of the $ 900 billion package. Writes about it CNN. 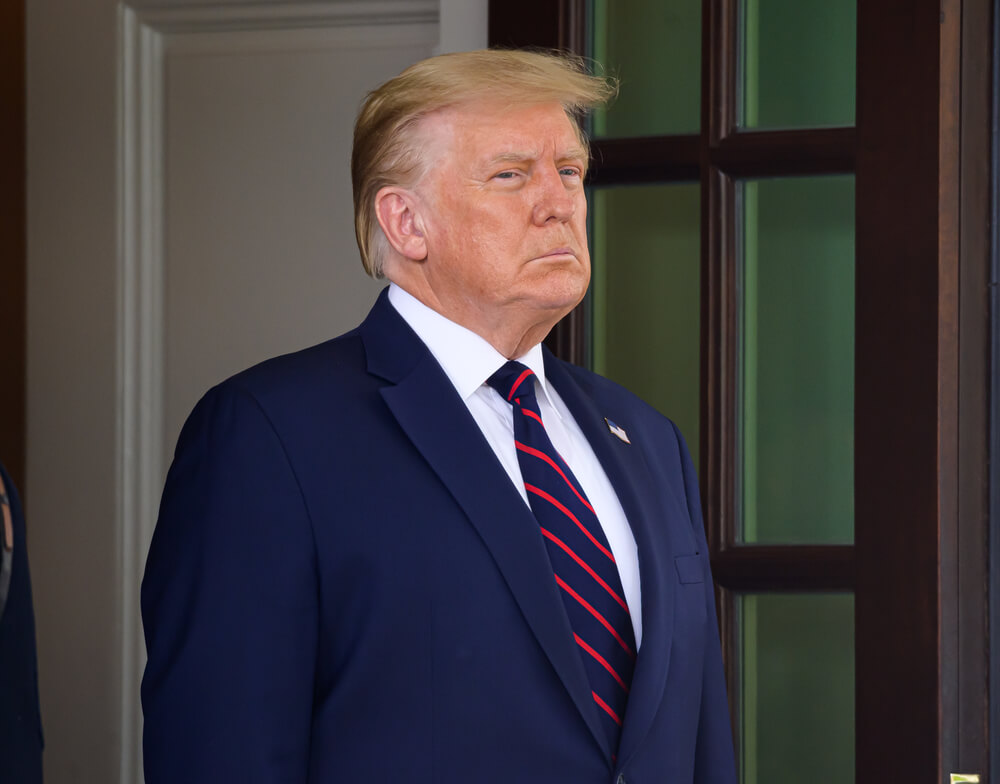 Trump's stance could threaten the advancement of a carefully crafted bill that his own administration has helped negotiate. The move could bring the government to a standstill and send the economy into a tailspin if it vetoes the project.

"I'm asking Congress to amend this bill and increase the ridiculously low $ 600 payout to $ 2000, or $ 4000 a couple," Trump said in a video posted on Twitter. "I also ask Congress to immediately get rid of wasteful and unnecessary clauses in this law or send me a suitable bill."

The unusual message came after he largely left negotiations on the measure to legislators and finance chief Steven Mnuchin. Trump has clearly not threatened to veto the bill, but said he was unhappy with its final form.

“Several months ago, Congress began negotiations on a new package of services to provide urgently needed assistance to the American people. It will take forever, ”he said in the video. “However, the bill that they are now going to send to my table is very different from what was expected. It's really a shame. "

On the subject: Medicine, rent, childcare: what will change the new assistance package in connection with COVID-19

Trump's message appears to have been well received by House Speaker Nancy Pelosi, who tweeted, "Republicans have repeatedly refused to disclose how much the president wants to set for direct payments."

“Finally, the president has agreed to $ 2000 - Democrats are ready to bring it up for discussion this week unanimously,” she said. - Let's do that!"

Senate Minority Leader Chuck Schumer, however, wrote: "We are delighted to provide more help that Americans need," but stressed that "Trump needs to sign legislation to help people and keep government open."

“Maybe Trump can finally be helpful and convince Republicans not to block this anymore,” he said.

Numerous sources told CNN that the president's announcement would not override the measure taken by a veto-protected majority.

On Thursday, December 24, House Democrats will try to pass a bill to increase direct payments unanimously, although anyone can thwart these efforts.

Government funding ends next Monday, December 28th. Trump's statement was filmed by the White House and journalists did not have the opportunity to ask the president questions.

The President has previously announced that he will sign the bill. But many of his allies spoke out against the agreement.

After months of grueling negotiations, on December 21, Congress voted to approve a $ 900 billion coronavirus aid package to provide financial support to Americans affected by the pandemic.

The package includes direct payments of up to $ 600 per adult, extended unemployment benefits of $ 300 per week, approximately $ 284 billion in payroll protection loans, $ 25 billion in rental assistance, an extension of the eviction moratorium, and 82 billion dollars for schools and colleges.

The deal was only struck after both sides waived some of their key claims, and direct payments were the main sticking point throughout the negotiations.

While Trump has told others that he wants the direct payments to be much higher, he has not said he does not want to accept the $ 600 package. When the deal was struck between the leaders of Congress, Trump aides signed it, believing that the president would also sign, although on December 22, two officials said they did not believe he had read the package in detail.

In fact, throughout his video message, Trump opposed several provisions that were actually part of the Consolidated Spending Act, not the Covid Relief Bill.

“It's called the Covid Relief Bill, but it has almost nothing to do with Covid,” the president said at one point.

Few advisers even knew that the president was recording a five-minute clip from a garlandish diplomatic reception room in the basement of the residence, and at least one White House official, Deputy Press Secretary Brian Morgenstern, told reporters an hour before the video that Trump had signaled his intention to sign the package. help. After the video was released, aides tried to find out what the president's official position on the law was and whether he really threatened to veto the law.

One official said Trump has paid little attention to stimulus talks in recent days, focusing almost exclusively on his futile attempts to cancel the election.

He was not directly involved in the negotiations, leaving the task to Mnuchin, who praised the package in a statement on Tuesday morning, December 22.

Like many of Trump's aides, the Republicans on Capitol Hill were unaware that Trump was going to oppose the stimulus bill. The GOP leadership assistant told CNN “no” when asked if this was expected.