Home Page In the U.S. Masks until 2022 and shocking mortality: Fauci's forecast for the COVID-19 pandemic in the United States

The number of deaths from coronavirus in the United States approached the mark of 500 thousand people. This is more than the country's combat losses in three wars, writes "RBK". 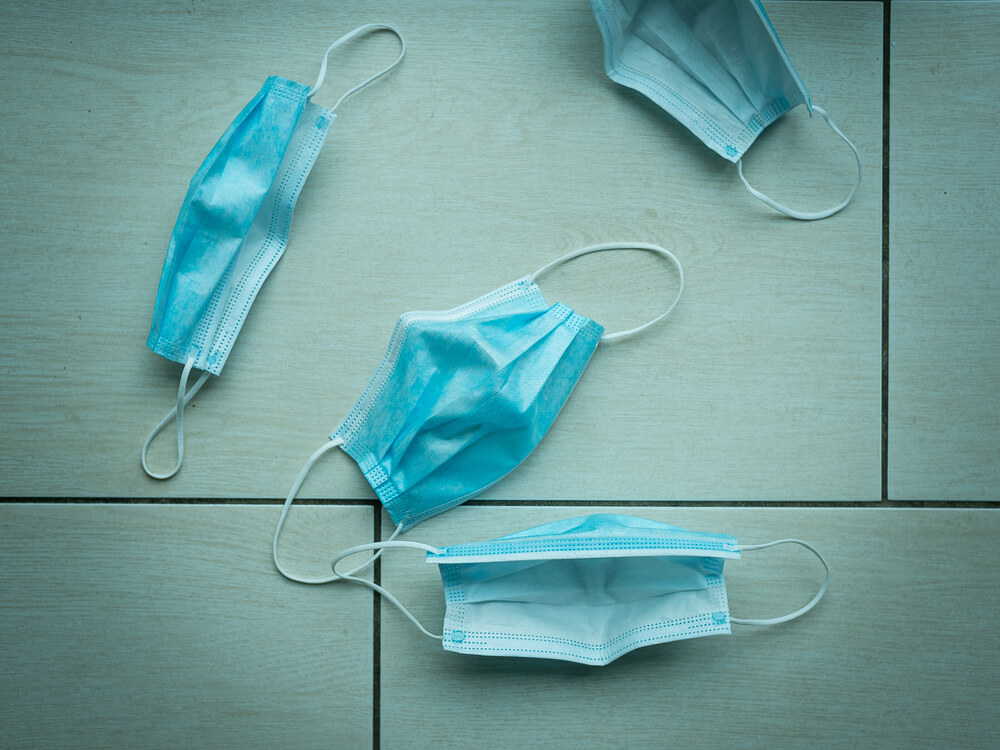 498,8 thousand people became victims of coronavirus in the United States, according to data from Johns Hopkins University. This is more than the country's combat losses in World War I, World War II and the Vietnam War, reported The New York Times.

The total US casualties in the three wars (including missing persons and deaths from injuries and diseases caused by them) exceed the number of victims of COVID-19. According to the Robert Schumann Institute, the country's combat losses in the First World War amounted to more than 116 thousand people. Combat losses in World War II are estimated at 407 thousand people. The casualties in the Vietnam War are still being revised as veterans continue to die decades later as a result of complications from their injuries.

The top three countries that recorded the largest number of deaths from coronavirus also included Brazil (246,5 thousand people) and Mexico (179,7 thousand). In Russia, according to the operational headquarters, COVID-19 became the main cause of death in 83,2 thousand people. In total, from April to December 2020, 162,2 thousand deaths associated with coronavirus were registered in the country, including cases when it influenced the development of fatal complications of another disease. Based on Rosstat statistics, Russia ranks fourth in the number of deaths associated with COVID-19.

The United States also recorded the most cases of cases and deaths from the coronavirus. Since the beginning of the pandemic, 28,1 million cases of COVID-19 have been identified in them, according to data from Johns Hopkins University. The maximum daily increase in the country was recorded on January 2 - then it reached almost 300 thousand people. By February 19, the figure dropped to 106,3 thousand people.

On the subject: 'Vaccine hunters': in social networks have found a way to get a vaccine against COVID-19 faster

Chief US infectious disease specialist: masks may be in 2022

Dr. Anthony Fauci on Sunday, February 21, predicted that by the end of this year, the US will be "close to normal", but perhaps in 2022 we will still wear masks. Huffington Post.

“Obviously, I think the situation will be more normal than the terrible burden we have all experienced over the past year,” Fauci, a leading national expert on infectious diseases, said in an interview with CNN. "It may or may not be exactly the way it was in November 2019, but it will be much better than it is now."

People may still need to wear masks next year, he said, until the daily number of cases is reduced and the vast majority of people are vaccinated.

Dr. Fauci says that it's "possible" that Americans will be wearing masks in 2022.

"When it goes way down and the overwhelming majority of the people in the population are vaccinated, then I would feel comfortable in saying, you know, 'We need to pull back on the masks'" #CNNSOTU pic.twitter.com/8Upirj9VGb

“Then I suppose we could say that for the most part we don't have to wear masks,” he said. "But if the infection rate is the same as it was months ago — for example, 20 cases a day — that's still a very high rate."

According to the Centers for Disease Control and Prevention, the last time the United States as a whole had 20 cases per day was in March 000 - the same month that the World Health Organization first announced the COVID-2020 pandemic.

The average daily rate of new coronavirus cases has dropped significantly from a peak of about 315 in January. At last count, according to the CDC, there were more than 000 cases reported every day in the United States on average in seven days.

Fauci stressed that he does not want to make any specific predictions, because there are many variables that could make a difference, including different strains of the virus (the CDC previously reported that there are already options in the US from the UK, Brazil and South Africa). There have also been vaccine failures, with harsh winter weather in and around Texas disrupting vaccine distribution - although Fauci said he expects to return to normal early next week.

“The delivery of 6 million doses has been delayed. We have 2 million and we predict we will catch up by the middle of the week, ”he said February 21 in a separate interview with NBC.

When asked what to do for people who have received only one of two doses of Pfizer or Moderna vaccine, Fauci said there are too many risks for those who have never been infected with the virus and do not have antibodies to it. He believes that the effectiveness of a single dose for those who have already had COVID-19 still needs to be studied.

“The data looks really impressive: if you get infected and then receive a single dose, the momentum you get from that single dose is really huge,” he said. "It's something that might be worth considering, but we want to take a very close look at the data first."

Airlines are already testing health passports for tourists: how it works