On Thursday, July 9, the Chinese Embassy in Kazakhstan issued a warning to its citizens living in a Central Asian country that more than 1700 people died from "unknown pneumonia", writes CNN. 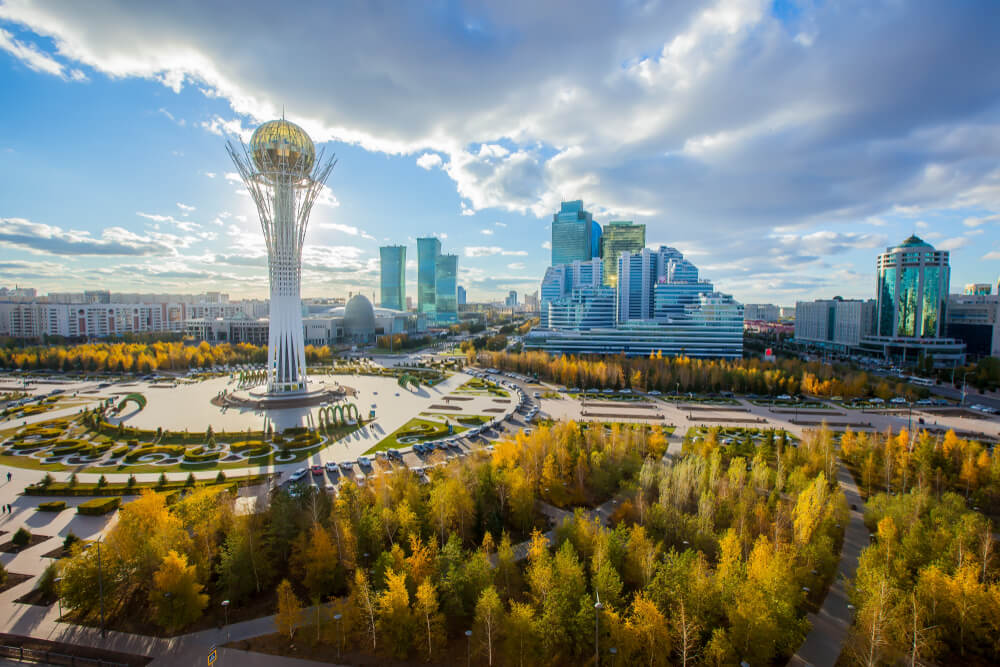 “The Kazakh Ministry of Health and other agencies are conducting comparative studies and have not determined the nature of the pneumonia virus,” the statement said.

New cases of unknown pneumonia have increased significantly since mid-June across the country, the embassy reports, adding that in some places authorities report hundreds of new cases per day.

In a statement on Friday, July 10, the Ministry of Health of Kazakhstan acknowledged the presence of “viral pneumonia of unknown etiology,” but denied that the outbreak was new or was not known.

"In response to these messages, the Ministry of Health of the Republic of Kazakhstan officially declares that this information is not true," the message says.

According to the embassy, ​​the increase in cases was concentrated in the regions of Atyrau, Aktobe and Shymkent, where almost 500 new cases and more than 30 critically ill patients were registered. Allegedly in 2020, 1772 people already died from this disease, some of them were citizens of China. A total of 628 of these deaths occurred only in June.

“This disease is much more dangerous than COVID-19,” the statement said.

The number of cases of pneumonia in the capital of the country, Nur-Sultan, according to the local news agency Kazinform, which cites official data, more than doubled in June this year compared to the same period in 2019.

“Every day, up to 200 people were admitted to hospitals, and recently, about 300 people with a diagnosis of pneumonia have been hospitalized every day. In addition, some receive treatment at home, ”said the head of the Nur-Sultan health department, Kazinform reports.

On the subject: China announces danger regime due to plague outbreak: is there a threat of a new pandemic

The Chinese Embassy has warned residents of the region to limit the number of street exits and avoid crowded public places. Prevention is also encouraged, such as wearing a mask, disinfecting rooms, washing your hands frequently and ensuring good air circulation in the rooms.

A spokesperson for the Chinese Foreign Ministry told reporters, “We would also like more information. China hopes to cooperate with Kazakhstan in combating the epidemic and ensuring the safety of public health of the two countries. ”

A statement from the Kazakh Ministry of Health, published on social media, noted that at a July 9 briefing, Minister Alexei Tsoi spoke of a number of cases of pneumonia across the country. These cases included various types of bacterial, fungal and viral pneumonia, including those of "unknown etiology."

Tsoi said at a briefing that all reported cases of pneumonia in the country increased by more than 300% in June compared with the same month in 2019 (from 7964 to 32, respectively). In this regard, the number of deaths increased by 724% (from 129 to 274, respectively).

Kazakhstan continues to fight against the increase in cases of coronavirus infection COVID-19, which, according to Johns Hopkins University, infected 53 people in the country, died - 021.

Nursultan Nazarbayev, a senior first president of Kazakhstan and current chairman of the country's Security Council, received a positive result on coronavirus in June.

On the subject: Stroke, psychosis, delirium: scientists warned about the dangers of COVID-19 to the brain

On July 5, authorities introduced a second round of restrictions across the country in response to a sharp increase in incidence. According to these restrictions, the need to travel on an international flight must be justified, and road transport between states suspended. Cultural spaces, sports facilities, cinemas and lounges are still closed, and most public servants work at home.

Demand for medical personnel, hospital beds and basic necessities is growing, according to the Chinese news agency Xinhua, citing the Kazakh health minister. If the situation worsens, officials warn they could tighten restrictions even further.