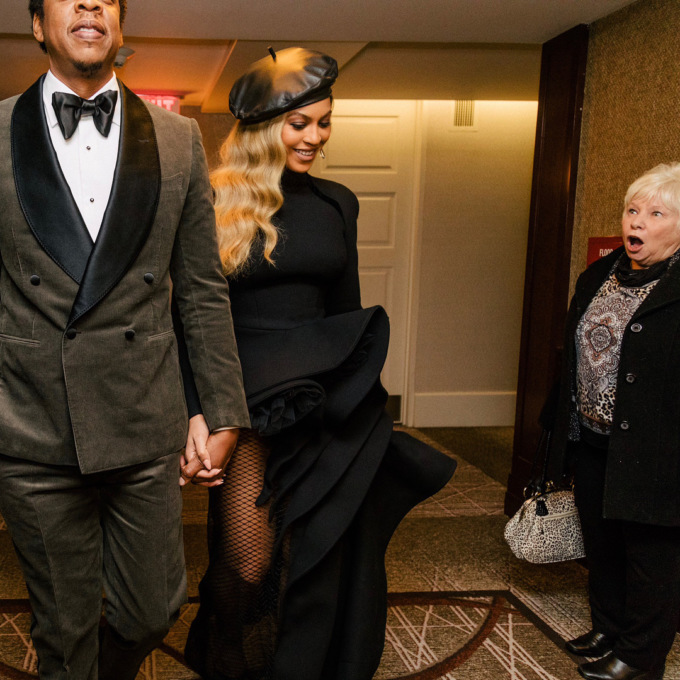 Susan Monaghan accidentally got a picture with a singer Beyoncé and her husband Jay Z - and instantly became a celebrity among users of social networks, writes Tjournal.

29 January singer published in Instagram a picture with her husband in which they pose in the lobby of the hotel on the way to the Grammy Award. One of the pictures was hit by a middle-aged woman who could not keep her surprise.

Snapshot quickly sold on social networks. People write that if they met Beyonce, they reacted in exactly the same way: “The woman in the fourth photo is me when I look at Beyonce”, “She’s so cute, see how this woman looks”, “I saw this woman in the news in the morning , unbelievable! 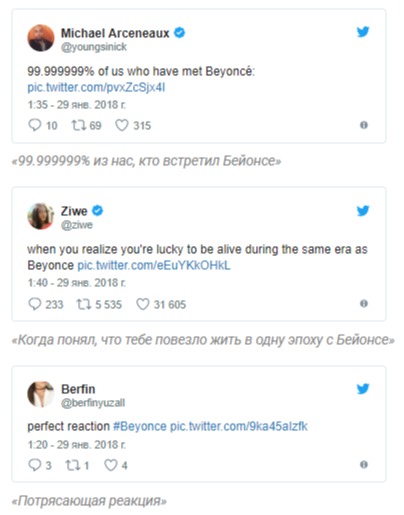 The picture was so popular that the publication Boston Globe they found Monaghan and asked her if she knew about such incredible popularity.

“It seems to me incredible. She laid it out for me to make people believe me, ”the woman said.

The woman said that she came to New York to compete in gymnastics for her granddaughter and quite by chance stopped in the same hotel where the Grammy Award was held. She was returning from dinner when photographers and guards ran up to her in the corridor. First, the woman met with Jay Z, but did not recognize him, and then Beyonce came out.

"I looked at her and everything I thought about:" No one will believe me, people will not believe me. " She even started muttering it out loud. Then Beyonce turned to me and told me not to worry. It was so reassuring and incredible. Later I realized that I met more Jay Z"- said Monaghan.

When Monaghan told about the meeting of her daughter, she did not believe her. But the next day they saw her photo on the Internet, and the woman was delighted that now everyone would believe her.