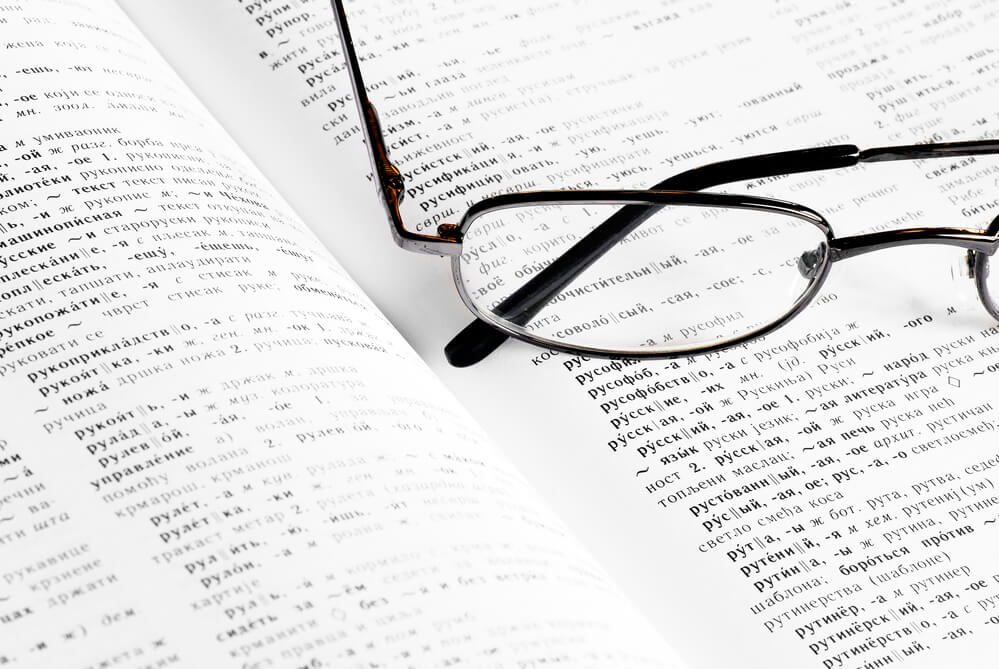 Most of the Russian words that have passed into the world use are associated with certain historical events.

Bolshevik, udarnik, kolkhoz, komsomol, starosta, tundra, taiga, troika, izba, telega, balalaika, vedro, matrioshka, okroshka - this is only the tip of the words migrated to other languages. "Club my planet" compiled a list of not the most obvious Russian words that exist in all other languages.

The word "mammoth" the British heard the first time only in 1690 year. Then, in the XVII century, the Dutch agents visited Siberia with a secret political assignment, and then the Dutch burgomaster Nicholas Cornelius Witzen shared his impressions of the journey in his memoir “Memories of Russia”, where, relying on the stories of Russian inhabitants, he wrote that the mammoth is elephant seals that live underground, so sometimes people find mammoth fangs, bones and horns. In the same year, the traveler and scientist Richard James created a dictionary, which, due to the abundance of information and subtlety of phonetic observations, is one of the most important sources for studying Russian oral speech of the beginning of the XVII century. In it, he also mentioned the word "mammoth" for the first time. Only with time in the process of calculating the word lost the letter "n", and according to the rules of the transcription of the English language, the sound "t" was recorded as "th", therefore the word acquired its final appearance in the form mammoth. In the German version, the word is written as mammoth.

Tear
This is the very word, the capacity and meaning of which is not necessary to explain to a Russian person. "Nadryv" - a key concept in the writings of Fyodor Dostoevsky. In the second part of The Brothers Karamazov, the writer named one of the chapters Nadryv. The word appeared in the dictionaries of other languages. True, for translation we are offered options that have a rather narrow meaning - “pain”, “suffering”. In order to better understand the mysterious Russian soul, the German Wikipedia has prepared an entire article devoted to the true and deep meaning of the notion of anguish.

Talk
“If there was any sense of driving, or you know it yourself, people always ride the eyelids day and night, but no sense whatsoever,” wrote A.P. Chekhov in the story “In reference.” There are four meanings of the word “expert” in Russian: 1) meaning; 2) talk, condemnation; 3) use; 4) is a special doctrine of faith or morality (Fedoseev sense, Filipov sense, sense of self-baptism, etc.) - a concept that came from the Old Believers. However, foreigners borrowed only one value.

First, from the "sense" (conversation, condemnation) in the Scandinavian word was formed tulkr ("Interpreter", "herald"), which eventually migrated into English. It appeared talk ("Conversation", "conversation").

If in secret, this word is not Russian. It has a Latin root, and in the French dictionary it occurs already from 1761 of the year. But only after the American linguist Eugene Skyler translated the novel “Fathers and Sons” in 1867, the word “nihilist” appeared in the English dictionary. Having created the image of a nihilist and skeptic Bazarov, Turgenev popularized not only the term, but a certain ideological direction - the negation of faith, generally accepted values, norms and principles.

Sunday
There are borrowings from the Russian language, formed by tracing, when only an etymological structure is copied from another language - the essence of a phrase or a word, but a word-for-word translation is used for word formation.

For example, the notion of "Sunday" migrated from Russian to English. The concept of voluntary collective execution of socially useful work in English is transmitted as voluntary Sunday time ("Sunday volunteering")

At the dawn of socialism, rest houses appeared in Russia - not as sanatoriums, where people would be treated, but as places for recuperation and health after a long and fruitful work process. This phenomenon immediately fell to the heart of English-speaking guests. So appeared house of rest.

The word “publicity” has been used in the English language since 1986, since it became a neologism and has acquired a new meaning. In the dictionary of neologisms, “publicity” is interpreted as follows: “The government"(" The willingness of the Soviet government to be more open in their affairs ").

First glasnost was used in English to refer to our country, the Soviet people in general. Thus, in 1988, a festival of Soviet folk art was held in the city of Birmingham. All local newspapers and booklets read:Glasnost comes to Birmingham"(" Publicity comes to Birmingham ").

Over time, this word was so embedded in everyday speech that it was used outside the Russian context due to the lack of equivalents in the English dictionary, deciding that the synonym - “openness” - has a different lexical burden. "Openness is the ultimate, intelligent, purposeful substance of cynicism"- a quote from the cult film" 17 moments of spring "(" Openness is the ultimate, reasonable, targeted substance of cynicism ").

«I don't want the FBI to visit me, ”one said. Another person pointed out: "We don't have a glasnost here"- wrote to People's Daily World in the 1987 year (“I don’t want to see the FBI here,” one said. The other added: “We don’t have any publicity here”).

135 most useful phrases in English