The sculptor's closest friends came to the memorial hall at the funeral home of Frank Campbell in Manhattan to say goodbye to the sculptor Ernst Neizvestny. No official speeches - Ernst Neizvestny himself asked for this.

The words of condolence were received by the native sculptor. Spouse Anna Graham refrained from communicating with journalists. Olga's daughter, Unknown, who came from Moscow, barely restrained her tears.

“I don’t give interviews. After my dad's death, I have a feeling that he is helping me get through this pain. But this is natural, ”Olga said. 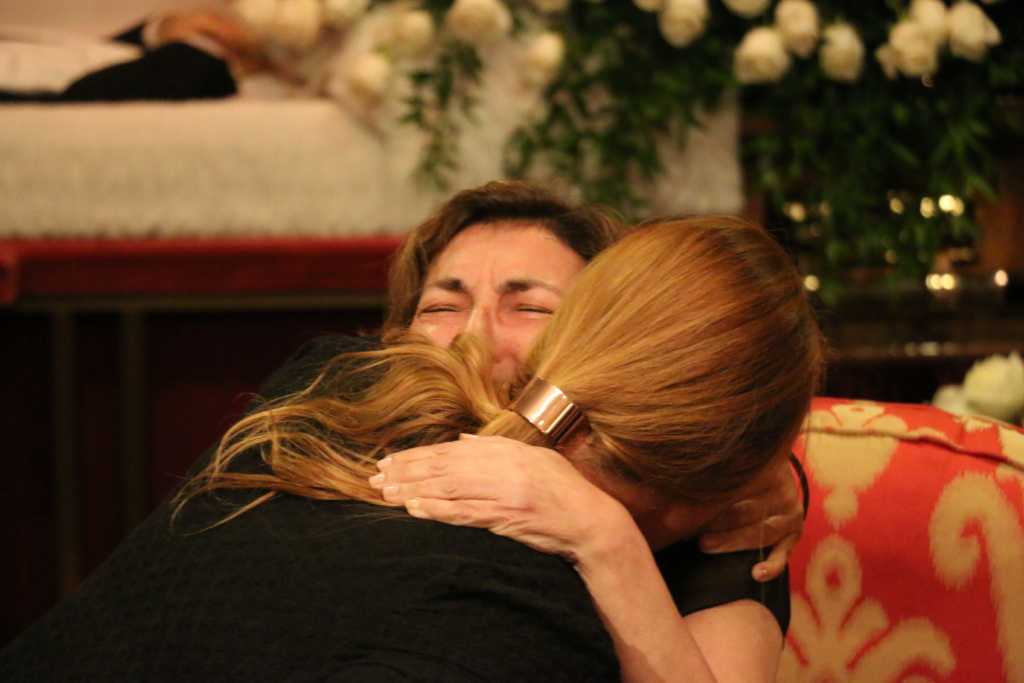 News about the death of the Unknown came 9 August. The sculptor died in the hospital, where his wife brought him. They lived in a country house on Shetler Island, in the state of New York. Recently, he could not sculpt. However, the sculptor did not stop drawing. 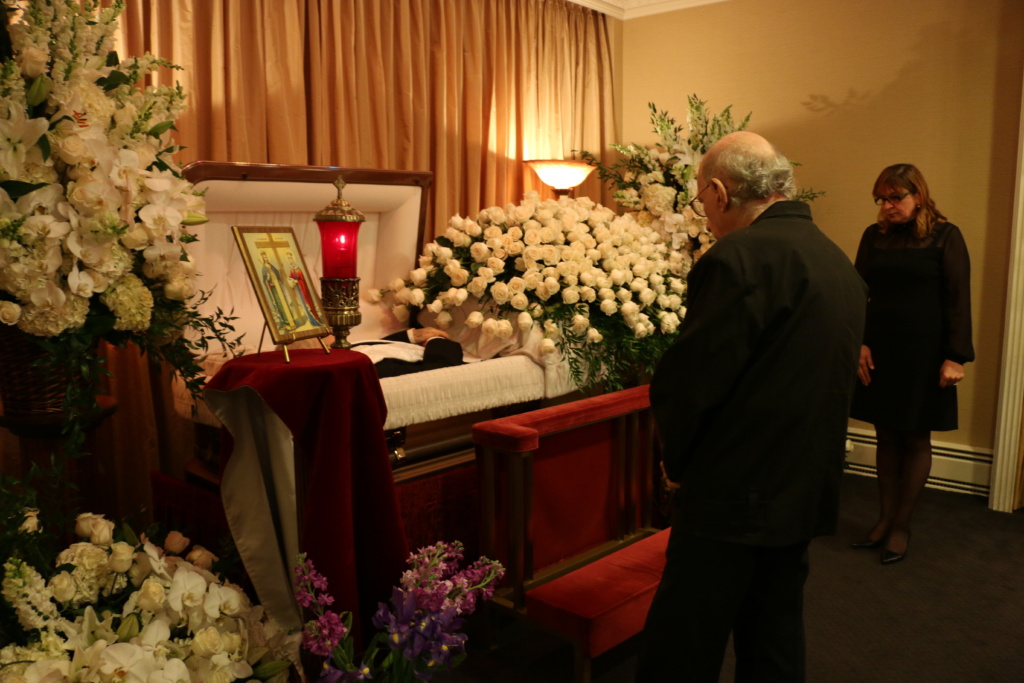 His colleagues and close friends came to bid farewell to Ernst Neizvestny. Photo by Denis Malinin

In November 2014, the Ernst Unknown received the award "Person of the Year in Russian-speaking America" for his contribution to the profession. In 2015, the editors of ForumDaily planned to record an interview with the sculptor, but the artist’s wife reported that Ernst Neizvestny was feeling unwell, and the meeting had to be postponed.

The popularity of Ernst to the Unknown was brought not only by outstanding sculptures, but also by graphic cycles: illustrations for Dante's “Hell”, the works of Dostoevsky and Beckett. A close friend of the sculptor is journalist Oleg Sulkin, who knew him 20 for years, says that Unknown always worked. A couple of months ago, he showed him new drawings.

“I was influenced by his philosophical mindset. The fact that he knew how to analyze life, art, politics - all subject to mental and intense analysis. It shocked me in him. We could talk for 3-4 hours, ”Sulkin recalls.

Ernst Iosifovich's health was shaken after the discovery of a brain tumor, says Oleg Sulkin. Unknown had a neurosurgical operation, as a result of which the sculptor went blind in his right eye. Then the doctors gave disappointing forecasts, but the sculptor survived. 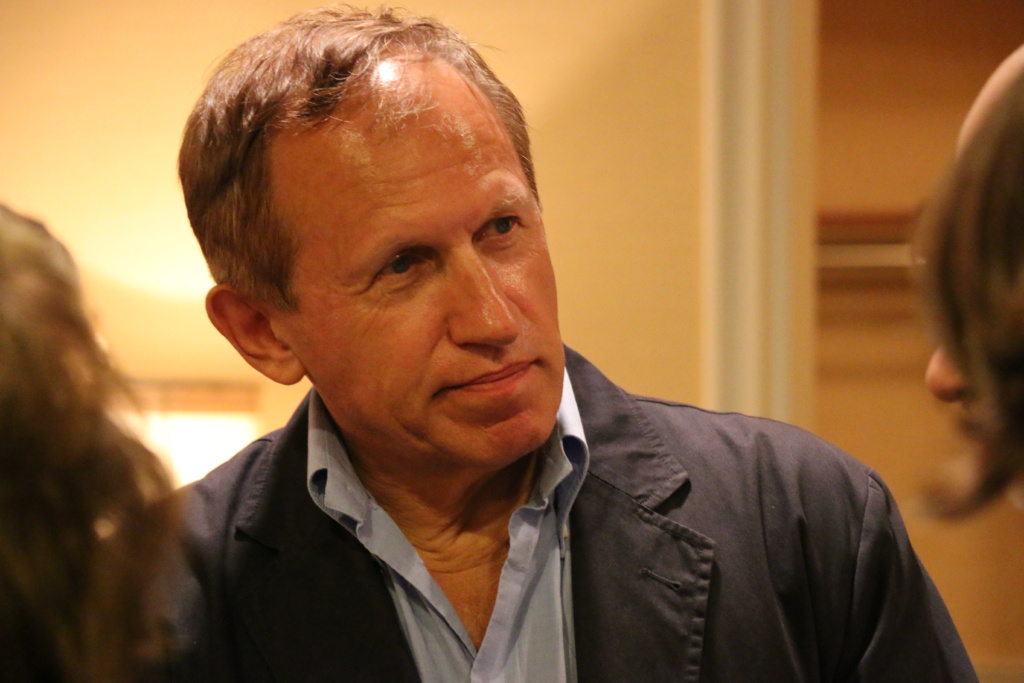 Journalist Oleg Sulkin was one of the first to attend the farewell ceremony. Photo by Denis Malinin

“He had a very strong organism, so Siberian. He outwardly resembled a bull: short, stocky. A very strong person. And in his youth, he was very handsome - menacingly handsome. Often in his early photographs he looks warlike - he had to fight a lot for himself and for his fate, ”Sulkin says.

Unknown is used to fighting for his life and work. The sculptor was born in Sverdlovsk, during the war he volunteered for the front. And two weeks before the victory, Ernst was seriously wounded in Austria. Parents received a funeral and the Order of the Red Star posthumously. They hurried - he survived.

After the second birth, 10 years later, Unknown is already a member of the Union of Artists. But 1962 came. It was then at the famous exhibition in the Manege head of the Soviet Union Nikita Khrushchev called the art of the Unknown "degenerate". The Soviet leader did not like that the artist “distorts the faces of Soviet people”. The unknown did not remain silent and answered Khrushchev harshly, saying that he was not afraid of threats. This courageous act could not but remember the sculptor's friends who came to the farewell ceremony. Among them is the writer Alexander Genis. He calls the unknown "Renaissance artist", in whom one can feel the greatness of Michelangelo's level.

“Such a person needs state power to carry out all his undertakings. But this did not happen in Russia, and he remained generally not in demand, although he did a lot. The Russian authorities have never been able to value their most worthy sons, ”Genis believes.

As the sculptor’s friends recall, Khizchev’s unkind didn’t hold his back, and even after the death of the first secretary, he created a monument on his grave. 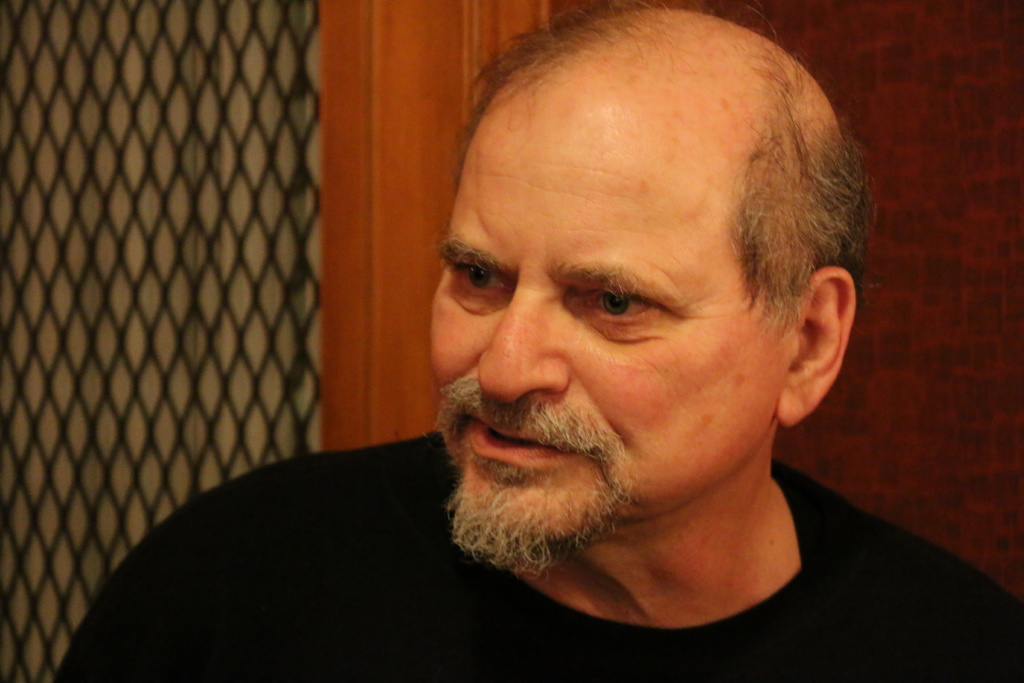 “The unknown was a very lively person. He gladly told me about his young years. About how he did all sorts of outrage. But I won't tell you which ones ”, - the writer Alexander Genis remarked with a smile.

The Unknown's persecution continued. Several criminal cases were instituted against him at once, accusing the sculptor of currency fraud and espionage. To escape, he was forced to leave the Soviet Union and emigrate, first to Switzerland, and in 1977 to the United States. The writer Solomon Volkov says that Unknown himself did not like to call himself a dissident. After all, the sculptor had not political, but aesthetic differences with the authorities.

“He automatically became anti-Soviet. Both the Soviet and post-Soviet authorities treated him equally. It cannot be said that the Soviet government hated and destroyed him. He had orders. He was threatened that he would be sent to hard labor. But they wouldn't. Post-Soviet Russia paid tribute to him, but not a little more than they did in the Soviet Union. He never became a state sculptor, ”Volkov said. 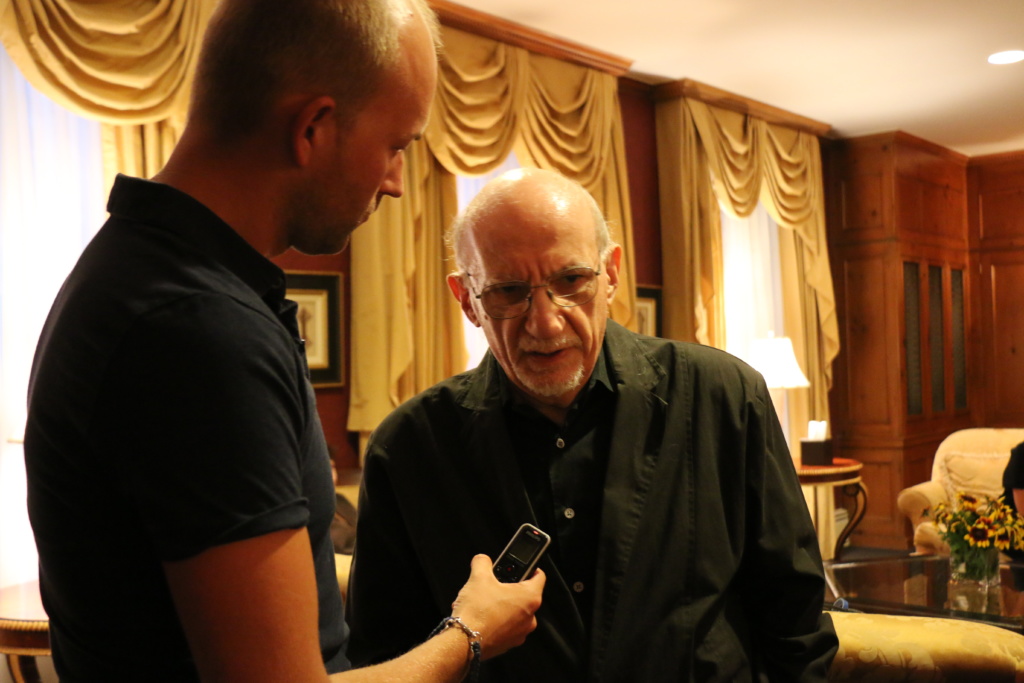 In the West, the work of the sculptor was recognized and loved. In America, he continued to not only create, but also to train local students. Unknown lectured on art and philosophy at several US universities. In the States there are about a hundred sculptures of the Unknown. According to Alexander Genis, despite the difficult fate, the sculptor loved life. In recent years, he worked in the house, around which are his own work.

“He built a house for himself as he wanted. His island home made it into architectural magazines. He knew how to do projects that require tower cranes. But he also knew how to make sculptural works for jewelers. The main thing for an artist is the recognition of the stroke. Even his signature. You will immediately recognize the Unknown, ”says Genis.

Together with his wife, the artist often visited Russia. His famous memorial “Mask of Sorrow” appeared in Magadan - in memory of the victims of political repression. In 2003 in Kemerovo a monument "In memory of the Kuzbass miners" was erected. Unknown also left his mark in Moscow - there you can see his works "Renaissance" and "The Tree of Life".

Unknown's works express protest - this is a confrontation between art and dictatorship. There is tragedy, pain, and struggle. Therefore, his compositions are often composed of parts of the human body. Unknown created sculptures in bronze, but his monumental works were made of concrete.

Writer Solomon Volkov recalls the years when Unknown worked in his workshop in Soho, Manhattan. Hours of talk about life, discussion of news, philosophical conversations. Unknown has never had anger.

“He could speak with a certain mockery of this or that person, but there was never any personal anger in this. He remains for me the largest representative of the sixties and one of its leaders, ”Volkov added.

The farewell ceremony itself with the great sculptor was more like an evening in memory of Ernst Neizvestny. His relatives decided that everyone who wishes could say goodbye to the Unknown. For all those who did not have time to do it on the eve, the doors of the funeral home of Frank Campbell will be open on Thursday, from 14 to 16 hours and from 19 to 21 hours. A memorial service is scheduled for Saturday at St. Nicholas Cathedral in New York.

In Miami, died one of the leading architects of the world Zaha Hadid

The iconic American pop musician Prince has passed away.