Home loudspeakers How much does it cost to go to New York: personal experience

Why New York? There are several reasons: it is the cheapest city in terms of transport; this is a city where many have where to stay for free; Finally, it is the main city of the planet, why waste time on trifles? Perhaps it is worth making a reservation: in front of you is my personal experience of how much it costs to go to New York as a tourist (and go back, do not upset the consul). You may be different. Visa, flights, accommodation, drinks, restaurants, groceries, shopping and that's it. 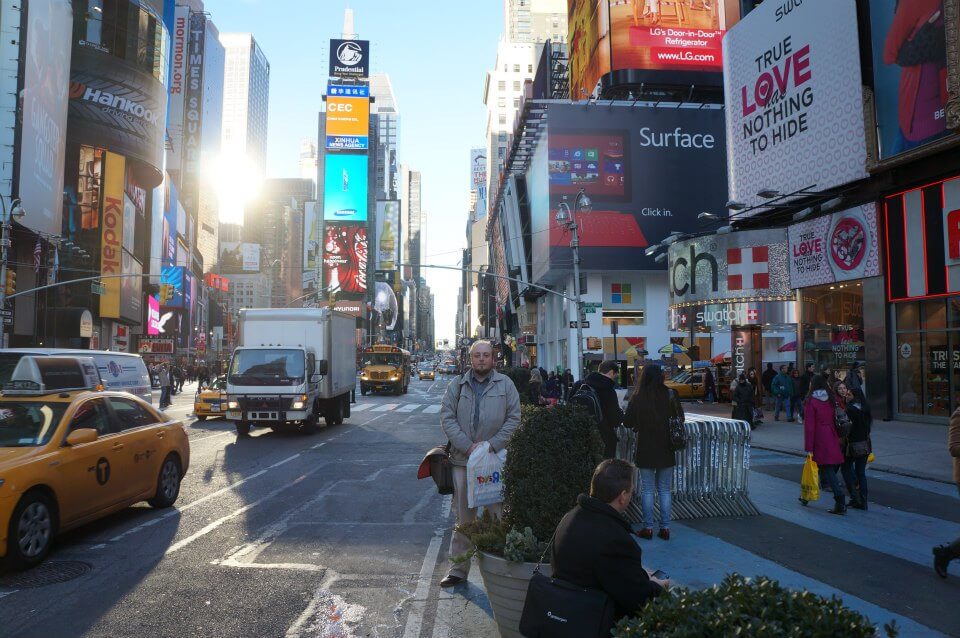 America is not cheap, but not expensive country. This is not Norway or Switzerland, but the USA has its own pricing features. In addition to the fact that there are cities in the States with a higher standard of living and, as a result, the prices of goods and services, the final price is affected by local tax. The tax is set by the authorities of a particular state and may vary depending on what you buy (order): food, food in a restaurant, clothing, medicines, and so on. The tax system is quite complicated, so just keep in mind that a few percent will be taken from you on top of the indicated amount, in most cases less than 10.

In addition, a number of goods may be subject to additional taxes. For example, cigarettes. Smokers in the United States do not envy, so many more profitable to take the subway to nearby New Jersey and take a block there. For those traveling to America for a short time, I recommend taking a smoke with them. 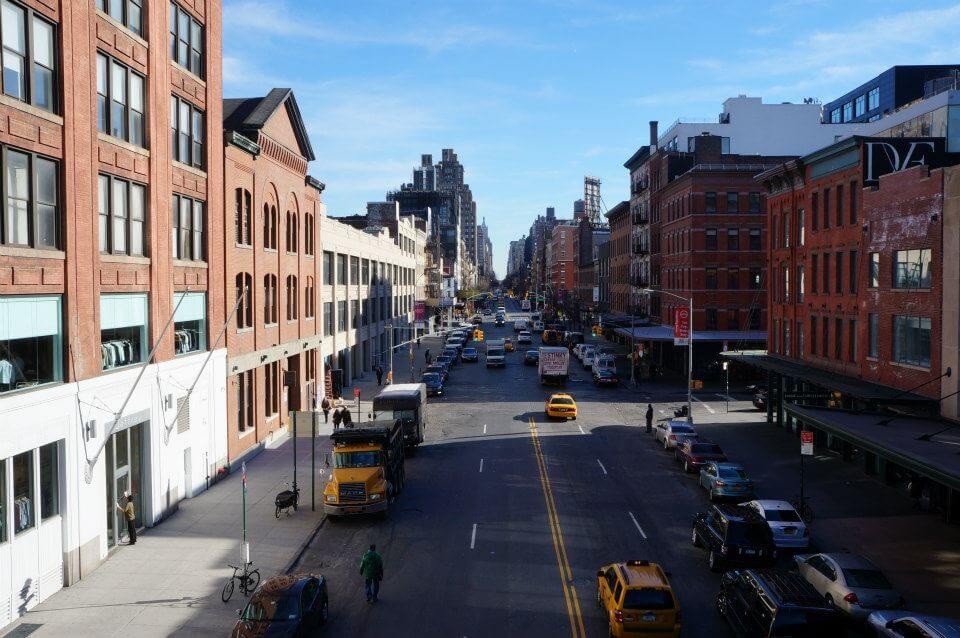 Let's start with a visa. For Belarusians, a US visa costs $ 160 and is issued for a period of one year. If you receive it for the first time, then you need to contact the embassies of the nearest countries - Lithuania, Latvia, Estonia, Ukraine, Russia.

Tickets. Basic fare for flights to New York from Minsk by companies Austrian and Lufthansa Now hesitates around $ 600, but there are frequent cool promotions from Aeroflot, Delta, UIA, so it’s best to monitor profile sites and buy tickets very much in advance. I managed to take two round-trip tickets for $ 440, but from Moscow, where, you know, you don’t teleport either. Another $ 150 per person. 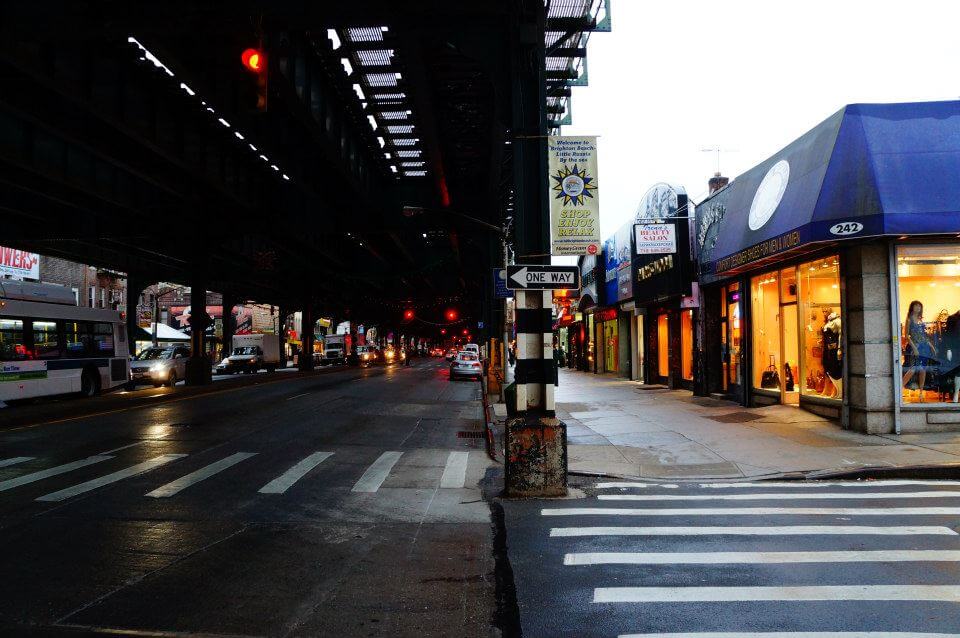 Housing. If you have a lot of money, of course, you can use the services of hotels in New York, but in this city they are insanely expensive. I prefer kantovatsya by friends and acquaintances, and I am sure you will find those too. A night in New York usually costs around $ 100, and this price is fair for hotels in other major cities. So, in the Boston fig dock this fall, they asked me for $ 130 per night, and my conscience did not torture anyone. On the tracks, in small cities, in the states poorer, of course, the prices are lower.

Transportation is expensive. The metro is usually $ 2.50 per ride, the buses are the same. 20 kilometers on the $ 8 suburban train. A liter of gasoline is slightly above $ 1, selling it in gallons. A wheelbarrow for rent will cost at least $ 70 if you take something of an economy class, and perhaps the lowest prices Reviews. Never believe the written price tag on the site, at the time of issuance of the check will be counted more than the devil knows how many taxes and additional services! Always check their list. Parking is everywhere paid, some cost a lot. In Manhattan, sometimes up to $ 7 per hour.

Prices in stores approximately correspond to ours. There are shops with decent food and smells - Whole Foods, Trader's Joe, there is absolutely "Rublevsky" type Walmart. As a rule, taking a lot of food - to reduce its cost per unit, so do not be surprised when you see people purchasing 5 liters of milk. 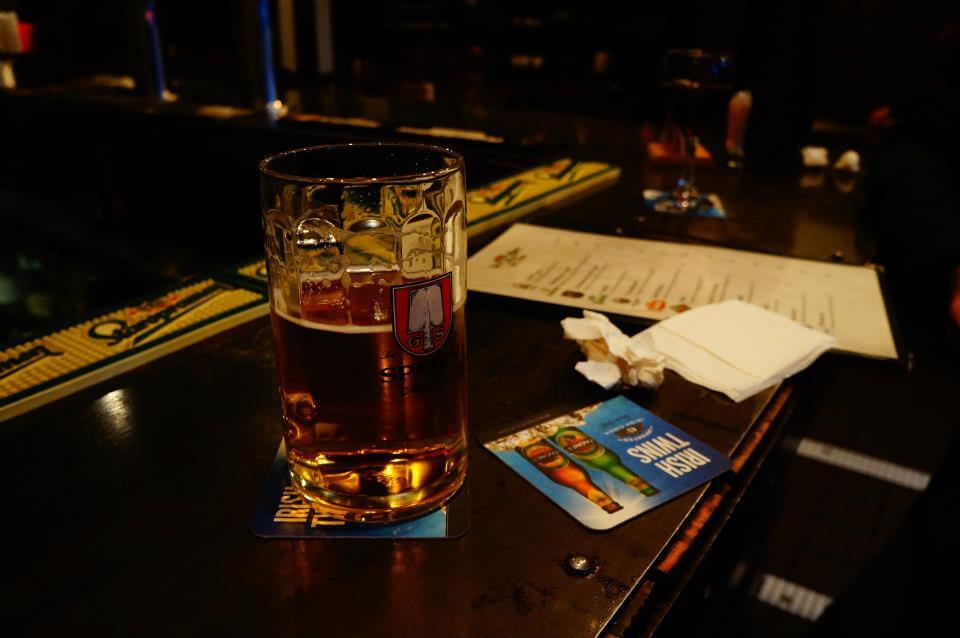 Wine prices are ordinary, except that, surprisingly, American wine can be more expensive, especially if the origin Napa Valley. So, $ 15 is already “on the stock”, count on $ 20-25. Vodka from $ 12, as a rule, there is no 0,5 volume, only 0,7. A normal drink will cost $ 20. Whiskey, tequila and other burbotnya interest me a little, but the prices there are very ordinary.

Strong drink is sold only in the so-called. Liquor Store, in ordinary supermarkets only beer.

Cafe and other pleasures. With cafe-restaurants all the more difficult. Services in the US are damn expensive, and this especially affects catering. Of course, a lot depends on the city, but in New York, I recommend counting $ 25 per person - it will turn out to be a salad and something inexpensive from the hot. Beer at the bar from $ 7, unless you are hanging out in the Bronx. It is customary to leave a tip, at least 10%. Often, the waiters have zero wages, they live only with small thanks.

In general, a dinner for two with wine / beer rises at $ 70 easily. In fast food prices are much more affordable.

Taxis are also not cheap, but significantly more tolerant at prices than catering. There are basic tariffs "airport-city", there is work on the meter, but the meter counts for all differently. Focus on 1,5-2 bucks per kilometer.

Of course, many are interested in shopping, so I'm in a hurry to rejoice that it is really profitable to buy clothes in America. Especially if you have the opportunity to go to the outlet. For the umpteenth time I bring in jeans from the USA: the classic “Levis” here is given for $ 35-40. Of course, prices vary even on one street, so choose things in Amazon or 6pm.com and order them to the address of residence - delivered even to hotel rooms. The order is brought on the 2-5-th day of purchase.

Prices are good not only for clothes, but in general all of consumer goods. Take a bigger suitcase.

I won’t say anything about museums, I don’t go to them, but like everywhere else in the United States, single tickets for tourists are common, bringing together museums and transport.

I briefly described the main expenses. According to my calculations, a trip to New York for 1 person for a week costs $ 1500, including visa and flight. In my opinion, not so much, if seeing America is your dream.

Charming water park in New York, which is worth visiting in the summer

Unique sunset in New York: where and when you can see Manhattanhenge-2018

How to travel in America by plane budget

A small town in the state of New York where you can find many interesting things.