Now that live concerts are kicking off again, it's time to try and get people to come out and enjoy your show. As a musician, you need to build hype and get people excited about your shows so that you can get as many people as possible to your venue. 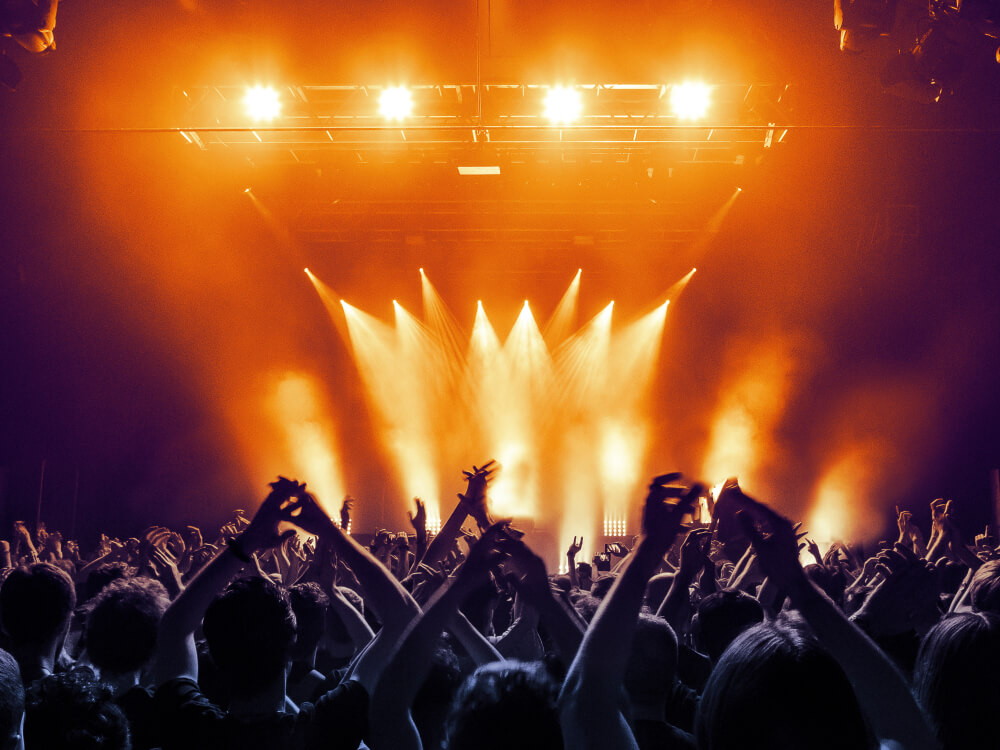 The more hype you create, the more people will talk about your show, and the more tickets you'll sell. It's a simple model and one that, if executed perfectly, will not only increase attendance at your shows but also get you a horde of new fans.

To strike the perfect balance, you need to incorporate a mix of online and offline marketing strategies to do your pre-show promotion. That being said, promoting your show in your area, where there are probably tons of potential concert-goers, is crucial.

In this article, we'll be sharing a list of effective strategies to help you build hype around your next big live show. Read on to find out what they are!

This means that it's entirely possible that your target audience is listening in too.

Appear as a guest at a morning show, chat with the host, talk about your concert dates and venue, and maybe do a quick jam session. Give people a taste of what they can expect, especially newer audiences who may not be familiar with your music.

2. Put up posters and flyers

Posters and flyers are part of a traditional marketing strategy, but they're still extremely effective. They're also a lot more effective than print and television advertisements.

For a holistic marketing plan, put up posters in all the areas you distribute flyers in. This way, you'll reach people who come to those places even after you're gone.

Make sure your posters and flyers are brightly colored and visually aesthetic. You can make your content in-house with online tools. Sites like PosterMyWall have tons of band poster templates for you to customize. They also have a flyer maker that can help you create the perfect flyer.

3. Do a free preview of your show

Think of this as a trailer for a movie. Give people a small taste of what they can expect at your show. Here are some ideas for how you can create hype through previews:

Previews, whether they're for shows, album releases, or general promotion, entice people like nothing else. If you're able to get them curious, just enough for them to want to know more about you, you will have done your job.

Take inspiration from the band Arcade Fire. In 2013, they put up symbols with their upcoming album's name across different cities in the US. That was enough to build people's curiosity. Once that had happened, they announced their album via a giant mural. This got people even more excited, and later that year, the band saw a huge influx of new and intrigued listeners at their shows.

4. Do a pre-show meet-and-greet

Meet-and-greets are a great way for artists to get to know their dedicated fans. They're also an opportunity for them to get introduced to a whole new set of fans.

Organize a small meet-and-greet a few days before your show starts. Invite people through social media and word of mouth. You can do the meet-and-greet in a bookstore, a restaurant, a park, or any other establishment that gives you permission for it.

Use this pre-show event to rally your fans to your cause. Ask them to invite their friends, offer them special deals on tickets, and take pictures with them to make them feel special.

In this way, you'll also create more awareness for your band. Even people who aren't interested in your music will know who you are, and you'll be able to make a name for yourself locally.

Local businesses tend to already have their foot in the door when it comes to local outreach. Capitalize on that by getting them to sponsor your concert, or promote it with you. Tell them what they'll get out of it - more awareness with the youth of the community, a chance to build a brand image, etc.

If you're able to get trusted local businesses on board, you'll automatically be able to promote your show to their customers. Do a joint giveaway or contest in which you offer special deals on tickets.

Remember when artist Kanye West partnered with adidas to make the footwear line Yeezy? That not only helped Kanye promote his albums and shows, but it also pushed Adidas's net income up by a whopping 19.5%. Something like this done on a smaller scale would do wonders not only for your show attendance but for your brand in general.

Social media promotion will allow you to reach bigger audiences, and also to implement the strategies mentioned above more effectively.

Here are some social media strategies to consider:

Building hype for your concerts allows you to increase brand awareness within your community, and dramatically increase ticket sales. But it has to be done effectively for this to happen.

'Where can I travel right now?': List of Best Places to Travel amidst Covid-19