Home At home 'Scandalous situation': Russians were not given a visa to participate in the UN General Assembly in New York

'Scandalous situation': Russians were not given a visa to participate in the UN General Assembly in New York

Ten members of the Russian delegation, including a member of the Federation Council, Konstantin Kosachev, did not receive American visas on time for participation in the UN General Assembly and did not fly to the United States, Kosachev said. He was going to New York, although he is under sanctions, writes Air force. 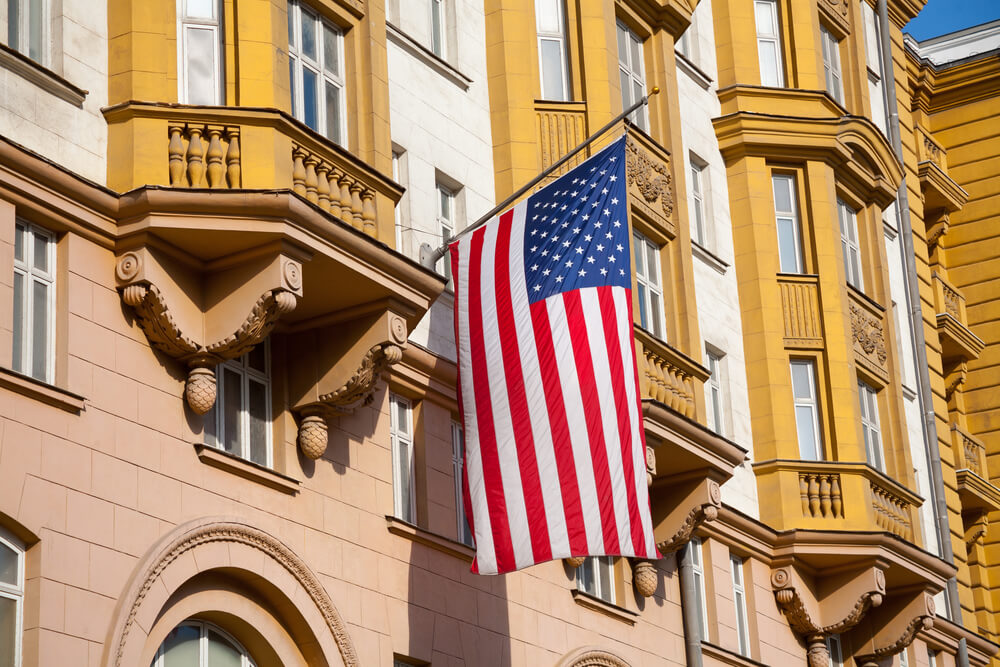 “In violation of its obligations to the international community, the American side did not issue visas in time for a number of members of the official delegation, including me,” the senator said. He called it "an outrageous action that has no explanation or justification."

Russian Foreign Ministry spokeswoman Maria Zakharova said that the American side "allegedly refers to the technical nature of the problem," namely, the deadline for submitting documents.

“The documents were submitted within the timeframe specified by the American diplomats themselves,” Zakharova said. - The documents that were handed over for registration earlier, a couple of months before departure, were returned with the wording “handed over early”.

The delegation was supposed to accompany Russian Foreign Minister Sergei Lavrov, writes Kommersant. According to the newspaper, Kosachev arrived with Lavrov at the government airport Vnukovo-2, from where the plane of the Minister of Foreign Affairs will fly to the United States.

On the subject: How to get a visa in the United States after refusal

According to Kosachev, he did not wait for a visa, as well as the head of the State Duma committee on international affairs Leonid Slutsky and eight employees of the Russian Foreign Ministry. No visas were denied - just the members of the delegation were not returned their passports on time, they are now at the embassy, ​​quotes the senator "Kommersant".

“The situation is scandalous. Of course, there will be tough steps along the lines of the Foreign Ministry, ”Kosachev told the newspaper. "The Americans are radically violating their obligations as a country where the UN is located and as a permanent member of the UN Security Council, which has a special responsibility to ensure the work of the entire organization."

What the embassy says

The US embassy called the visa denial to members of the Russian delegation a special case and declined to comment.

“According to our rules, we do not comment on particular cases of filing applications for a visa to the United States,” the press service of the diplomatic mission quotes Interfax as saying.

State Duma Vice-Speaker Petr Tolstoy proposed replacing American diplomats who did not issue visas to members of the Russian delegation.

“Russia's response should be as tough as possible, we need to remind our American partners that this is not a visit to the United States, but a trip to a session of the General Assembly,” Tolstoy told reporters. “If they haven't figured it out, then it seems to me that some of the staff of the US Embassy in Russia should be replaced with those who understand this, in the intricacies.”

On the subject: The main reasons for refusing a US visa

In the meantime, the deputy head of the US diplomatic mission in Russia has been protested, said Russian Deputy Foreign Minister Sergei Ryabkov.

"This is a direct violation of international obligations by Washington, because we are not talking about a bilateral visit, we are talking about the visit of the Russian delegation to the UN General Assembly," сказал Press Secretary of the President of Russia Dmitry Peskov.

He also said that Russian diplomats are currently working on a solution to the problem, the US ambassador was invited by the Kremlin, and the Russian embassy in Washington is also taking action.

Kosachev and Slutsky are under American sanctions. Kosachev was listed on the April 6 2018 sanctions list. In May of 2018, he complained of sanctions to the Inter-Parliamentary Union, which is headquartered in Geneva.

On the subject: The United States may limit the issuance of visas for grooms and brides

Around the same time, Kosachev announced that the United States annulled his annual UN visa (UN), which did not allow him to take part in UN events in the United States. The Russian Foreign Ministry then sent a request to the American authorities with a request to apply for a single-entry visa for the participation of the Russian senator in a meeting of the UN General Assembly.

Kosachev said that the United States should not extend sanctions to UN activities.

In August, US Senators Ron Johnson and Chris Murphy were denied Russian visas. Kosachev then stated that the inclusion of Johnson and Murphy in the Russian stop-list should be considered "a forced reaction to American personal sanctions, including against parliamentarians."

Sale of visas and citizenship: which countries trade their passports

'Very bad dream': as a child with US citizenship did not want to let out of Russia

The visa is deported and canceled: they may be denied entry to the United States due to friends' posts on social networks