Home Incidents The situation is heating up: 3 volcanoes erupt at once in Alaska

The situation is heating up: 3 volcanoes erupt at once in Alaska

In the Aleutian Islands of Alaska, the situation is heating up. Three distant volcanoes are erupting, and another is preparing to erupt in an archipelago that is part of the "ring of fire" where the Pacific tectonic plate meets several others. Writes about it Smithsonian Magazine. 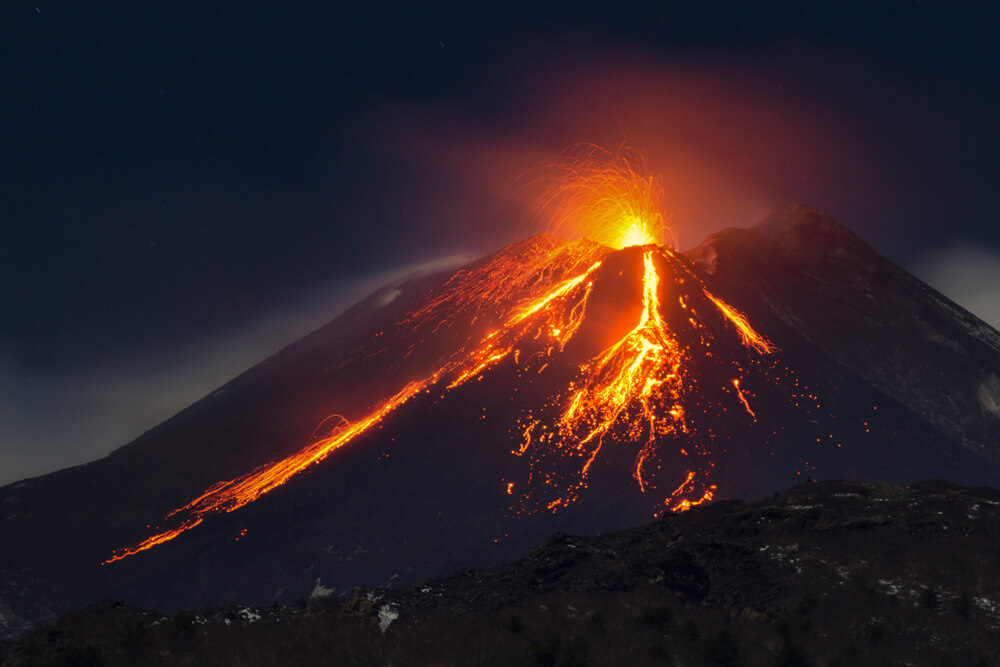 According to the Alaska Volcano Observatory (AVO), a joint program of the US Geological Survey, the University of Alaska Geophysical Institute, three volcanoes are spewing steam and ash, and the fourth is showing elevated surface temperatures.

Scientists have established the threat level "orange", and this suggests that the eruptions of the volcanoes "Bolshoy Sitkin", "Pavlov" and "Semisopochny" have already intensified. Currently, the Cleveland volcano is "yellow" due to signs of unrest. All four foci are located in remote parts of the Aleutian Islands.

Volcano "Pavlov", located on the peninsula, is the most active. Occasional emissions of low-level ash and small explosions were recorded by a webcam mounted atop a stratovolcano 8 feet (261 km) high, which is usually covered in snow and ice.

Pavlov, which last erupted in 2016, is about 35 miles (56 km) northeast of Cold Bay, a city of 108. The community is currently considered not at risk.

“This is a very dangerous volcano,” said Chris Waitomas, a geologist at the Alaska Volcano Observatory. "It can start without much warning."

The other three volcanoes are located on islands further along the archipelago separating the Bering Sea and the North Pacific Ocean. Scientists have discovered a lava fountain at the top of Bolshoy Sitkin, a stratovolcano with a caldera and a dome. The island has two small villages with less than 400 inhabitants.

A volcano on the uninhabited island of Semisopochnaya erupts intermittently, raising ash clouds 10 feet (000 km) into the air.

So far, Cleveland, located on the western tip of Chuginadak Island, has shown low levels of seismic activity, while satellite images have shown elevated surface temperatures. The last time this volcano erupted was in 2020.

"This may sound like a disaster movie now being prepared, but the states of the eruption are not so dramatic yet," says Daniel Banks, a meteorologist at The Weather Channel. Pavlov, she adds, is considered "one of the most active volcanoes in Alaska."

These are not the only monitored volcanoes in the United States. Currently, two other so-called mountains of fire - one in Hawaii and another near Guam - are also showing signs of activity.

Located on the large island of Hawaii, Mauna Loa, the largest active volcano on Earth, has experienced a series of earthquakes in recent days, but they have not erupted. In Bagan (the ancient capital of the kingdom of the same name in the territory of modern Myanmar), in the South Pacific Ocean, earthquakes and smoke emissions were also observed.