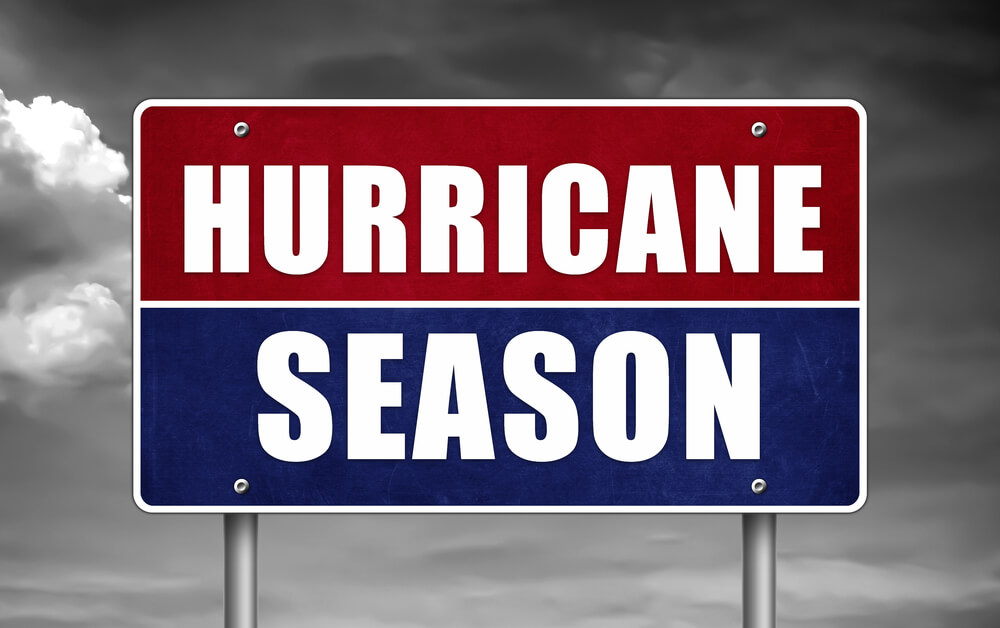 The National Oceanic and Atmospheric Administration's Climate Prediction Center predicts 24 to 14 named storms, 21 to 6 hurricanes, and 10 to 3 major Category 6 or higher hurricanes on May 3.

The 2020 and 2021 seasons have exhausted the list of hurricane names and broken records. No one can say for sure if this year will be the same, but in early April, Colorado State University released its numbers, which were exactly in line with NOAA's projections.

Rotating wind systems are named when they become tropical storms with sustained winds of 62 km per hour.

On the subject: 12 most uncomfortable seats on the plane, which is better not to sit

The names of tropical storms and hurricanes are in alphabetical order and alternate between male and female names:

Of course, it is impossible to know how many of these storms will hit the US coast or where the most severe storms will develop.

However, at the time of the announcement, NOAA Administrator Rick Spinrad acknowledged that the current Atlantic hurricane cycle is a busy one.

“Going back two years, the 2020 hurricane season broke records across the board and is the most active season on record with 30 named storms,” Spinrad said.

“The 2021 hurricane season, which is the third most active year on record in terms of storm names, brought us 21 named storms with impacts ranging from the Appalachians to New England, resulting in more than $78,5 billion in US damage. ".

What drives above average seasons

There are several factors that contribute to a "busy" hurricane season. “We are in an active period,” Spinrad said. “There are certain components that determine the intensity and frequency of hurricanes.”

One of them is the existing La Niña conditions in the Equatorial Pacific Ocean. This phenomenon creates cooler-than-average ocean temperatures around the equator in the Pacific Ocean and leads to weather impacts around the world.

El Niño hurricane seasons are notorious for winds in the upper levels of the Caribbean Sea tearing hurricanes apart as they attempt to form, making the seasons less active.

Another reason for the above-normal forecast is the location of the so-called Gulf Loop Current. The current is "a 182m deep river of hot Caribbean water that flows between Cancun, Mexico and western Cuba into the bay," meteorologist Chad Myers said.

“It's a higher octane fuel,” says University of Miami oceanography professor Nick Shay. “This is a 400-pound gorilla in the Persian Gulf.”

This Loop Current now flows further north, forcing warmer water from deeper ocean levels closer to coastal areas along the Gulf of Mexico. "Warm water is just too deep, and the hurricane has an unlimited supply of hot water to boost," Myers said.

Forecasters compare the position of the Loop Current to where it was during the record breaking season of 2005, when Hurricanes Katrina and Rita made landfall.

“Yes, the Loop Current does look like 2005,” said Matthew Rosenkrans, lead hurricane season forecaster at the NOAA Climate Prediction Center. “But it depends on whether the storm is actually moving along this Loop Current, and predicting the specific path of the storm is not something we can do outside of a weekly period,” Rosenkrans added.

“In 2005, Hurricane Trifecta hit the Gulf of Mexico,” Shay says. Both Katrina and Rita quickly became Category 5 storms after crossing into the warmer waters of the Loop Current. Hurricanes Ida in 2021 and Harvey in 2017 were also strengthened by the Loop Current. The water of the Loop Current is also saltier. Differences in temperature and salinity between the Loop Current and the rest of the Persian Gulf limit the mixing of ocean waters, which can usually reduce surface temperatures. As a result, the current retains heat at a much greater depth than the surrounding bay.”

NOAA also pointed to a "strengthened" West African monsoon impacting this year's Atlantic season, reports TheVerge. The West African monsoon, the main wind system, can generate stronger easterly waves that "spawn many of the strongest and longest-lived hurricanes during most seasons," according to NOAA's season forecast.

There is also evidence that hurricanes have become stronger faster and last longer after making landfall as global average temperatures rise. The warm vortices of the Loop Current also appear to be trapping more heat than in the past, though scientists can't yet pinpoint exactly why.

Record years in a row

In 2021, Hurricane Ida tore through southeast Louisiana before causing even more catastrophic damage in the northeast.

"Hurricane Ida engulfed nine states, demonstrating that anyone can be in the direct path of a hurricane and at risk from the remnants of the storm system," said FEMA Administrator Dean Criswell. “It is important that everyone understands their risk.”