Home In the U.S. Yuri Shevchuk sang in Miami about the Russian reality

Yuri Shevchuk sang in Miami about the Russian reality 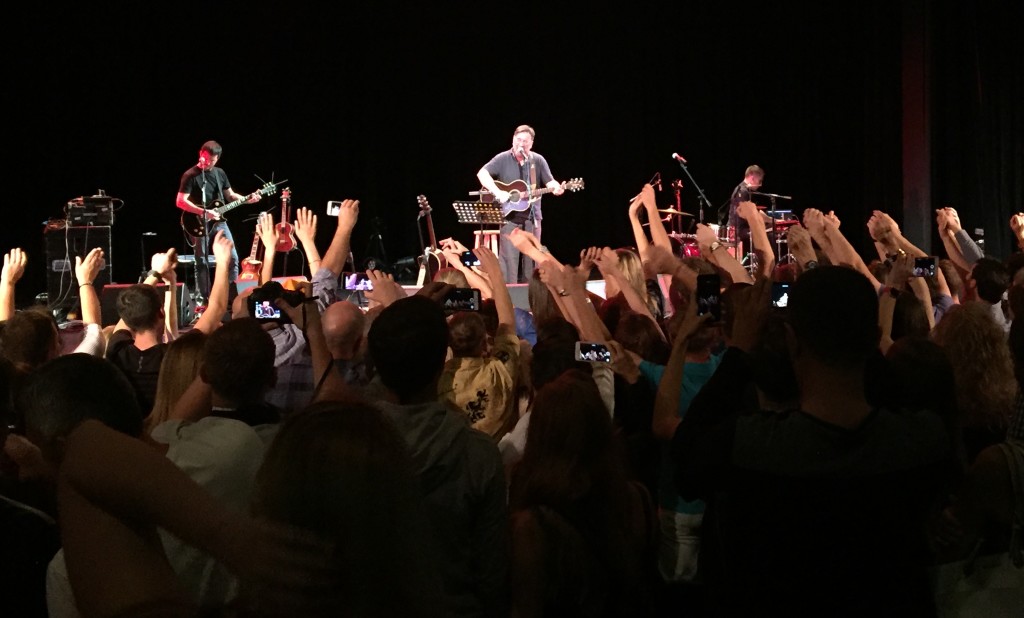 However, there was no Russian rock in South Florida for a long time, so the solo concert of the leader of the legendary DDT group Yuri Shevchuk looked like a rather unique event. Shevchuk himself even joked on this topic, warning the audience: “Sorry, we don't sing to the soundtrack”.

The audience at the Julius Littman Theater in North Miami Beach gathered motley. Evening outfits coexisted with more familiar T-shirts and shorts for the resort town. Interestingly, the concert of Shevchuk, who founded DDT in the beginning of 80, attracted a lot of young people.

“Yesterday I was at the concert of the group“ Hands up ”[the speech, apparently, was about the concert of Sergei Zhukov - approx. FD]. And what, cool. Today I decided to listen to Shevchuk, ”one of the visitors says to his friend at the entrance to the hall.

The concert in Miami was the first for Yuri Shevchuk as part of a new tour of North America, which will be held in two formats. If in New York and the DDT group will present their album "Transparent" in Boston, then Shevchuk brought a solo program "Acoustics" to Miami, Philadelphia and other cities.

On the stage, in the light of searchlights, Shevchuk himself and only two musicians from the group - guitarist Alexey Fedichev and drummer Artem Mamay.

The undisputed leader of DDT performs the most famous and beloved by many generations of compositions in acoustic arrangement, as well as fresh works. However, the special aura of the solo Shevchuk creates his communication with the audience. 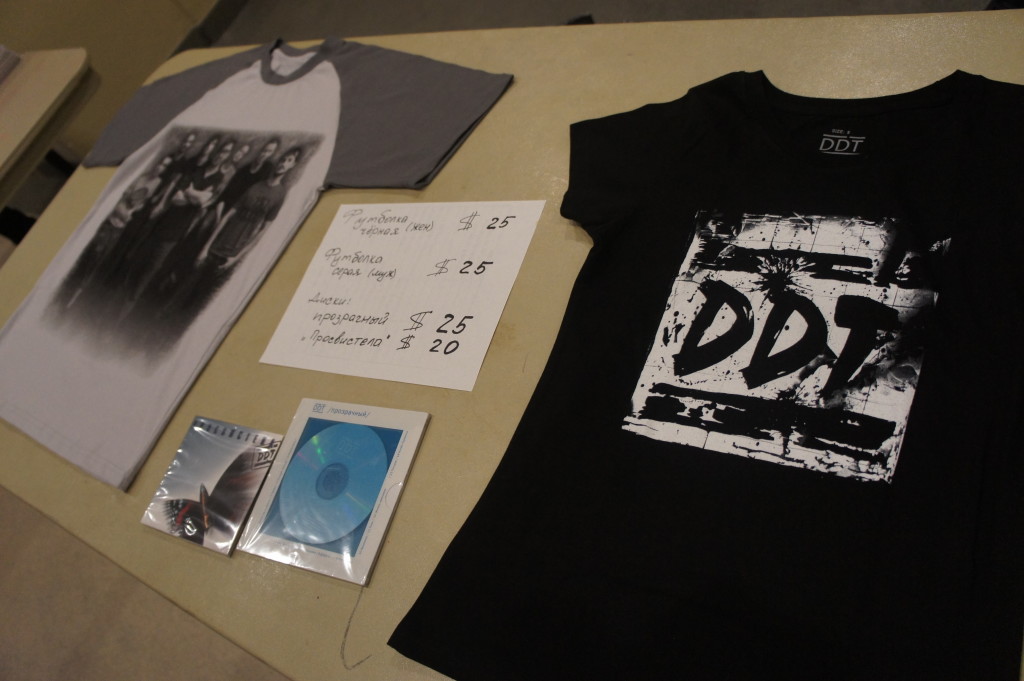 "Welcome to reality! Who now feels himself in reality? Do you even feel yourself in reality? - Shevchuk asked, having received a positive answer from the audience. "And we [in Russia] love mythology - on Channel One, Channel Two, Channel Three."

Yuri Shevchuk, known for his criticism of the current Russian authorities, repeatedly returned to the topic of protest during a concert in Miami, reading, among other things, a verse with the words “I don’t know, I don’t know how long Putin will rule”.

Having sung the song "Visiting the General" about the FSB general ("Well, son, let's raise for V.V., although he got us, of course, too"), Shevchuk, as he emphasized, performed, as opposed to the composition dedicated to the captain Dmitry Kolesnikov, who died on the Kursk submarine.

“There are a lot of worthy people in Russia. Unfortunately, heroism is often the fault of the soulless and cynical bosses, ”said the musician.

The hits of the past years "Whistled", "Motherland" and "Last Autumn" ("God forbid, not the last one," Shevchuk added), were replaced by compositions of the last decade, including "Missing Persons", - written, according to the author, about those who disappeared and continue to disappear in endless wars, and also "disappear in this life, never finding a place for themselves."

“So what to sing about? Yes, you have something about the freedom to sing. You are already so free that, I think, it makes you sick already, ”the audience reacts to these words of Shevchuk with laughter.

From time to time Shevchuk urged the audience to feel more relaxed and sing along: “I’m not pop, I won’t say“ I don’t see your pens, where are you, where are you? ”,“ We, like in my kitchen, you can sometimes sing ” ...

The audience eagerly sang along with “I appreciate your courage to make tea,” and in the end they started dancing altogether. A real dance parterre with several dozen spectators formed between the stage and the first rows.

“I have never been to Miami before,” Shevchuk sang almost in verse, “I thought there were only majors, pop music, and I don’t know who yet, like our deputies. But in reality, they are wonderful people, sincere, clean, and therefore we will come again ”.

Yuri Shevchuk stressed that he was pleased that not only visitors from Russia, but also Ukrainians, Belarusians, Kazakhs and many other Miami residents are in the hall. Immediately after the concert, ForumDaily correspondent talked with some of the viewers.

“Shevchuk is a genius, this is the spirit of Russia. I have been living here for 5 years, and, in my opinion, I have not seen such a Miami concert, ”says Olga, who moved to the USA from Minsk. - In Belarus during my student days, Shevchuk was not, but he himself, I suppose, does not want to go there, because he does not support the existing political system. I hope there will be more concerts like this. Rock doesn't reach Miami, that's a problem. I know that many people want it ”.

“The experience is amazing. Each song is to the point. Such a sincere person, so many memories, so many emotions, - says Alexander Kobelev from Kiev. - All the years of Shevchuk's performances confirm the soulfulness of his work, you also become imbued with him at his performances. Despite the fact that today everyone is opopsy, as he said, there are still people who live in rock. " 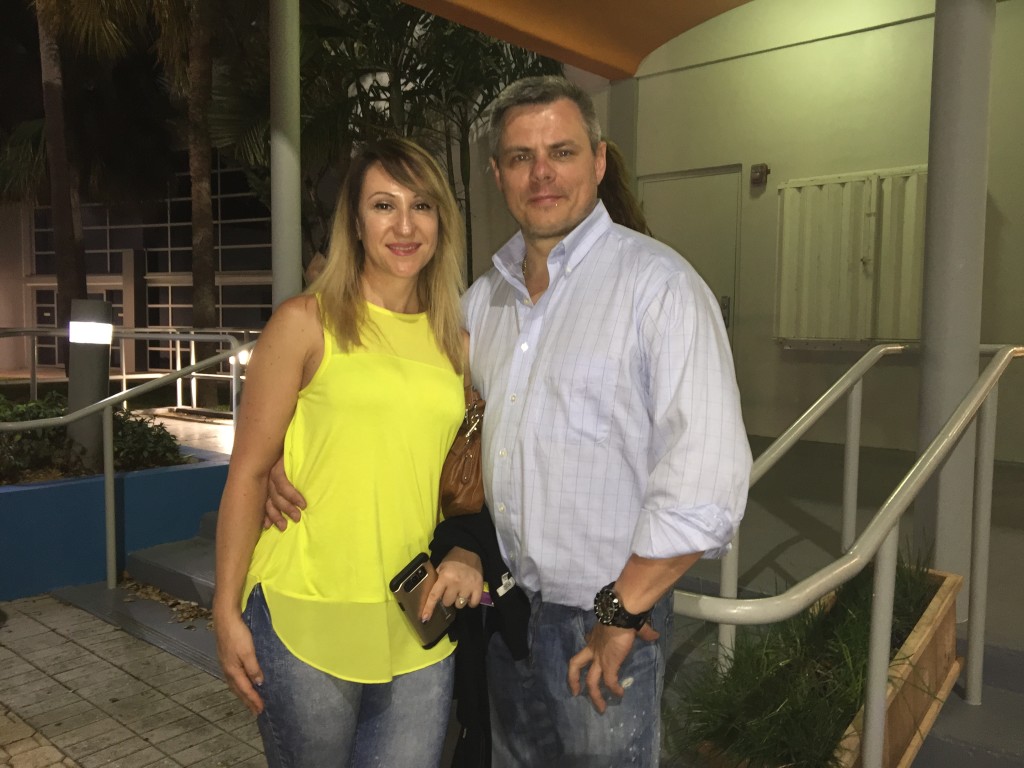 “The concert is amazing. And it's great that Shevchuk was able to stir up the relaxed Miami audience. In the end, such a wonderful energy was in the hall, ”says Yuri from St. Petersburg, who has been living in Florida for 15 years. - I've seen DDT concerts in Russia before, and here Shevchuk, if I'm not mistaken, came for the first time. Let's hope that they will come to us as a whole team. ”

Saying goodbye, Yuri Shevchuk, wished the Miami public love, freedom and creativity. All these components, according to the musician, cannot exist without each other.

Our tour: who comes in the spring with concerts in the US

Tamara Gverdtsiteli will perform in New York and Boston

touring in the USA