Home In the U.S. $6000 for two days in the Star Wars universe: why this hotel in Florida is really worth the money

$6000 for two days in the Star Wars universe: why this hotel in Florida is really worth the money

A family of three spent $6 (including travel insurance) on a two-night stay in Disney's Star Wars: Galactic Battlestar, reports Insider. 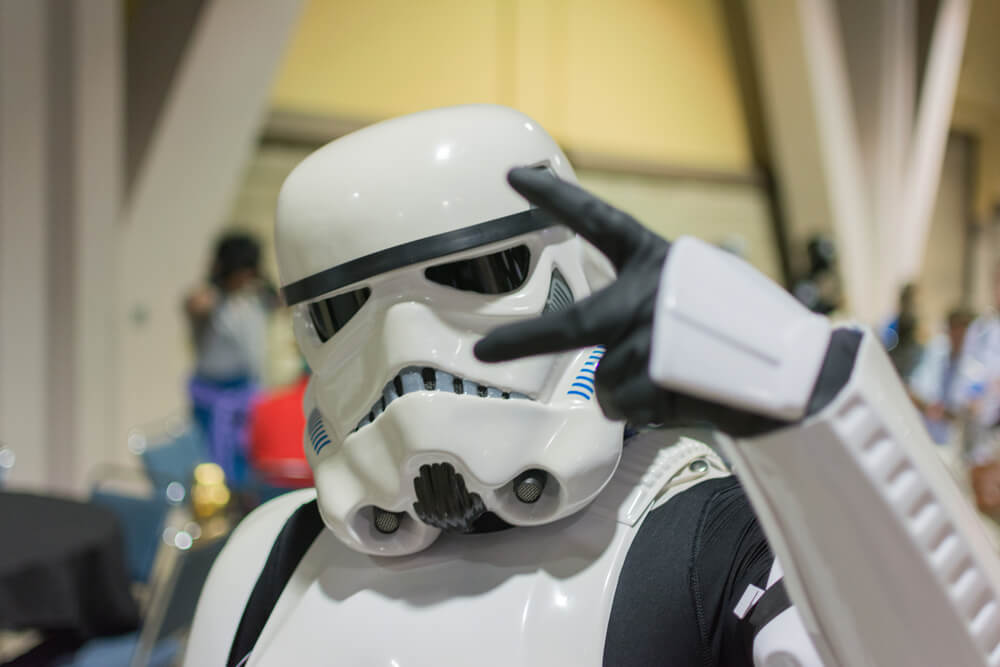 The Starcruiser Hotel is a thrilling new Disney adventure that can best be described as a combination of a hotel, a movie theater with dinner, a pick-your-own adventure, and an escape room. While not required, you'll have more fun if you decide to play along and be part of the story.

On the subject: Chicago Launches New Basic Income Program: How to Apply and Earn $500 Monthly

The family adventure started just before 13:00 on the first day. Guests were encouraged to dress up in "the finest galactic outfits" so the family dressed up in Star Wars-inspired costumes. Many other guests too.

When the family arrived at the port of Star Wars: Galactic Starcruiser, they were given special Magic Bands, called M-Bands on the ship. Plastic strips are used throughout Disney World and connect guests to their data with simple taps.

They also entered Datapads, a program in the Disney Play app that is used to receive messages and missions from actors that Disney calls its employees.

The cast also took the family's luggage, which was delivered to their room in the late afternoon.

From there they were taken to the launch pod, which carried them from the port of the Battlestar to the Alcyone itself.

Alcyone was where their family immersive experience took place, and it was designed to make people feel like they were on a ship in space as soon as they got inside.

As soon as they docked with the Alcyone, the doors of the launch capsule opened, and the family saw a spacious atrium.
They also saw the bridge from which Alcyone was ruled. And they stopped by the Sublight Lounge, where there was a bar and tables with a digital dog, a kind of mixture of blackjack and poker.

The bar serves Star Wars-themed drinks and a selection of light snacks, including smoked cheese and tortillas.
The actor took the family to their room and showed her features.

The room looked like a cruise ship room in the Star Wars universe. It can accommodate up to four people. There was a queen size bed and a set of bunk beds.

On one wall of the room was a panel with D3-O9, the artificial intelligence's virtual assistant. You can speak to D3-O9 and he will answer questions about the ship. When the story began, he proved to be a reliable source of information.

The family then explored the rest of the ship.

Initially, their access to some rooms was restricted, but with the help of the ship's consoles and datapads, they were able to infiltrate other rooms.

They examined parts of the ship, such as the engineering department, the brig, and the cargo hold.

For lunch, they returned to the dining hall of the Crown of Corellia. The food was served as a buffet with small portions to choose from. There were generally familiar products with unique names that were presented in an unusual way. An unlimited number of drinks were included, including the iconic blue "milk" and green "milk". The "milk" drinks are plant-based and can be ordered from Star Wars: Galaxy's Edge, where one cup usually costs around $8.

After exploring the ship a little more, the family headed to the atrium for gathering, the first event listed in our datapad.

At the meeting, the story really began and they got to know the main characters and the conflict.

The characters, including the captain of the ship, spoke to the guests, and they were able to delve into the story by consulting their datapads, where they received messages from the actors and instructions on how to complete missions. There were plans to smuggle things out of Batuu the next day, as well as people who needed to avoid contact with the authorities.

Dinner was also served in the dining hall of the Crown of Corellia. This time the meal was more formal. There was also a live performance by the world famous singer Gaya. Most of the dishes were molecular gastronomic interpretations of Asian influences, and they were all delicious.

Each received an appetizer, a gourmet course of choice, and a dessert. A separate, simpler menu was also available.
The family went to the last gathering in the atrium, and then returned to their room to sleep.

After a quick breakfast, they boarded a transport for an excursion to Batuu.

Breakfast was in the same dining room and the presentation was similar to the lunch they had the day before. It was served as a buffet with offerings such as yogurt and scrambled eggs.

Transportation to Batuu led to a separate entrance to Galaxy's Edge at Hollywood Studios. They were given untimely Lightning Lane passes that gave them priority boarding at the Smugglers Run and Rise of the Resistance rides.

Guests usually have to pay extra for a Lightning Lane pass. Buying one for an individual ride can cost anywhere from $7 to $15, depending on how popular the attraction is, and each person can usually only buy two passes per day.

They also pre-booked seats for Star Wars-themed events in the park that weren't part of the Battlestar stay: cocktails at Ogie's cantina and droid assembly at the droid warehouse.

They also had lunch credit at Docking Bay, the fast food restaurant in Star Wars: Galaxy's Edge. But by the time lunch arrived, it was easier to get back to Halcyon to dine without the crowds.

Back on Halcyon, they took part in other activities on board and had dinner.

Events included droid races (with remote controlled toys), a sabacc tournament, and a set of sectors (similar to bingo). The story developed in the afternoon and they spent time completing missions such as talking to certain characters and engaging in secret meetings with other passengers and cast members.

Dinner that night was a Taste of the Galaxy showcase that featured dishes from across the Star Wars galaxy. All the plates looked cool, from the blue shrimp to the fancy desserts.
In the atrium, the evening ended with a spectacular end to the storyline. After a little celebration, the family went to our room to sleep.

They spent the last morning getting ready, packing their souvenirs and enjoying the last breakfast on the ship. The actors took their luggage and the family disembarked on the Alcyone via the launch pod, which brought them back to the galactic spaceport.

All in all, their stay on the Galactic Starcruiser was worth it, the family says.

“It was an expensive stay, but the attention to detail made it feel like we were living in the Star Wars universe,” they share.

Admission to Hollywood studios, privileged access to attractions at Galaxy's Edge, and unlimited gourmet food added value to the trip. In addition, the service was impeccable and they felt like VIP guests throughout their visit. The family said they were glad they chose this trip and might even consider another one.

36 years ago, peaceful atom became a killer: 12 interesting facts you might not know about Chernobyl