Usually, all people take the holidays for granted. After all, there are so many holidays with different religious and cultural origins. But in fact, every holiday raises the question: "For what reason do we celebrate this day?" As it turned out, many holidays in the United States were brought by immigrants and we should pay tribute to them, because without their willingness to take risks, leaving home and going to the United States in search of a new home, these holidays would not have happened. Edition Citizen path compiled a list of holidays that immigrants from different countries brought to the United States. 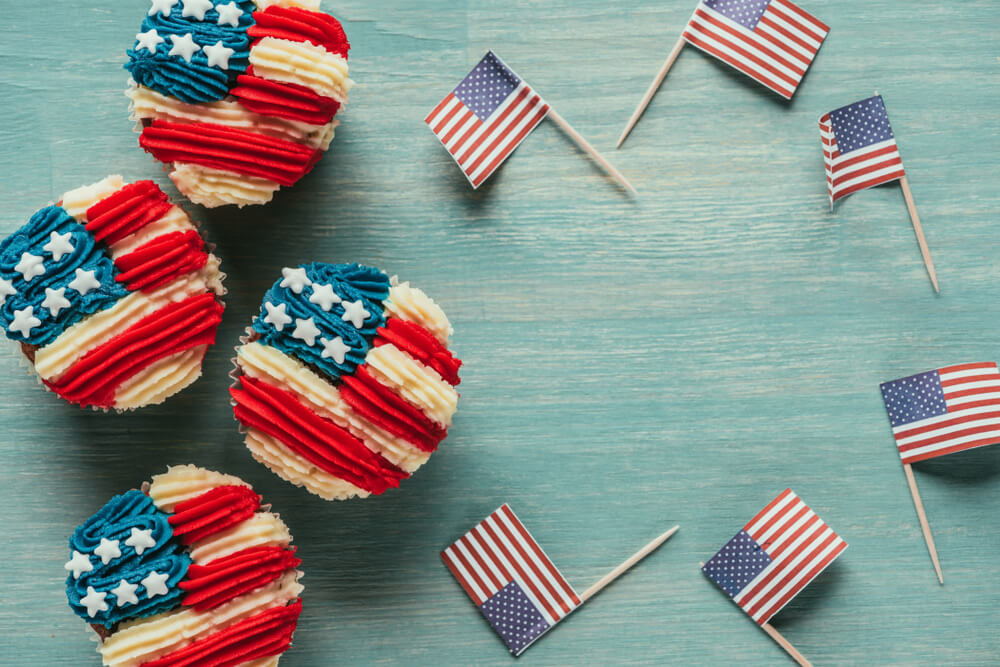 On July 4, the United States of America celebrated its 245th anniversary. The people who created the Constitution and government, often referred to as the Founding Fathers, either immigrated from countries such as England, Ireland, Scotland and the West Indies, or were descendants of immigrants.

Countless immigrant soldiers from many countries fought for the United States against the British crown. Several thousand of these immigrant soldiers played a pivotal role in the US Continental Army's efforts against the British, and many sacrificed their lives. Two Major Generals, Lafayette of France and Casimir Pulaski of Poland, contributed significantly to the US victory.

But if not for the thousands of brave men, women and children who originally colonized America, there would be nothing to fight for. After all, the colonization of America marks the beginning of immigration to the United States.

Before colonists settled on the East Coast, only Native Americans lived in what is now the United States. The discovery of America is the merit of another immigrant. That's right, the Italian Christopher Columbus arrived in America on October 12, 1492.

Mardi Gras, which means "Fat Tuesday" in French, is a kind of carnival. It begins during or after Christian Epiphany and ends the day before Ash Wednesday. Mardi Gras is traditionally a night when ritual fasting during the period of Lent, one should eat more hearty and fatty foods. For Christians, this is a celebration before Lent.

On the subject: One of the oldest holidays was legalized in the USA: what is Juneteenth, and how to celebrate it

The holiday is celebrated all over the world in places such as Brazil, France, Germany and the Netherlands. But Mardi Gras arrived in North America as a French Catholic tradition with Pierre Le Moines d'Yberville and Jean-Baptiste Le Moines de Bienville. In the late 17th century, when King Louis XIV sent the Le Moines brothers to defend French claims to Louisiana, which included the current US states of Alabama, Mississippi, Louisiana and parts of eastern Texas.

New Orleans is now the center of the celebration of the American version of Mardi Gras. Every year the city attracts thousands of tourists and revelers to carnival events, including a parade. Participants dress up in costumes in the traditional colors of purple, green and gold.

Cinco de Mayo (Fifth May) commemorates the 1862 Battle of Puebla, Mexico. The small, outnumbered Mexican army defeated the French. The unlikely victory was quickly nullified when the French returned and defeated the Mexicans. The actual defeat and expulsion of the French troops by the Mexicans took place in 1867.

In Mexico, the celebration of the battle is still mostly ceremonial, for example through military parades. In the United States, the date has taken on more importance than in Mexico. It is likely that the origins of the Cinco de Mayo celebration lie in the reaction of Mexicans living in California in the 1860s to French rule in Mexico at the time. The holiday first gained popularity in areas with a large Mexican-American population, such as Los Angeles, Chicago, Houston, and San Jose, but later became a public holiday in the 1980s. Now Cinco de Mayo has become associated with the celebration of Mexican-American culture.

Passover is a Jewish holiday that marks the liberation of God from slavery in Ancient Egypt and their freedom as a nation under the leadership of Moses. When the Jews fled, they ate unleavened bread, and since then they do not eat it in their homes during Passover, replacing the bread with matzo.

In Judaism, a day begins with the retreat of twilight and ends at dusk. Thus, the first day of Passover begins only after twilight on the 14th of Nisan and ends at dusk on the 15th of the month of Nisan. Passover begins on the 15th of the Hebrew month of Nisan and lasts seven days (in Israel and for Reform Jews and other progressive Jews around the world who adhere to the Biblical commandments).

It can last eight days for Orthodox, Hasidic and most conservative Jews (in the diaspora). On the first night, family and friends gather to celebrate and relive the exodus from Egypt and the birth of the Jewish people. The seder table is set very elegantly, and during the seder, guests enjoy four glasses of wine and an exquisite festive feast.

In the 1840s, large numbers of German Jews immigrated to the United States due to persecution, restrictive laws, and economic hardships in their home country. By the 1880s, thousands of Jews fled their homes in Russia, Austria-Hungary, and Romania, fleeing overpopulation, harsh legislation, and poverty.

For the Irish, St. Patrick's Day marks the arrival of Christianity in Ireland. In the United States, St. Patrick's Day has become a celebration of Irish heritage and culture. The celebration includes public parades, parties, and the wearing of green clothing or shamrocks. Historically, lean restrictions on food and alcohol have been lifted throughout the day, encouraging and spreading the tradition of drinking alcohol on St. Patrick's Day.

Large numbers of Irish immigrants came to the United States between 1840 and 1910. Their legacy has blended with American culture, and their legacy lives on in traditions such as St. Patrick's Day.