Home Page In the U.S. Bypassing official duties: the sheriff of Los Angeles promised to clear the beaches of the homeless 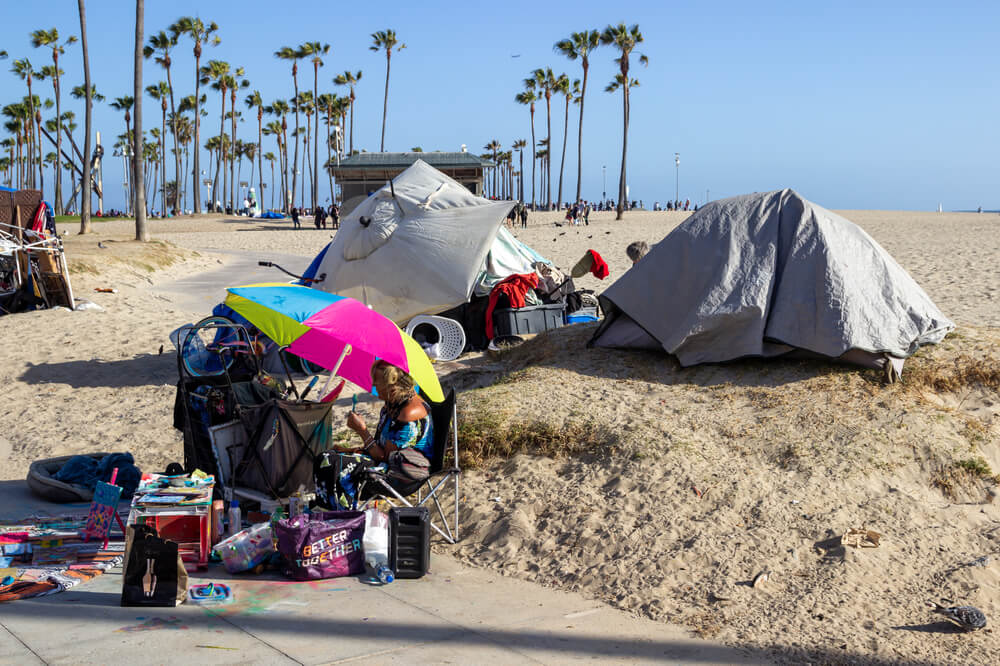 In the coming days, the Sheriff's Department Homeless Team will speak with all homeless people on the waterfront to determine what resources they need to find shelter elsewhere.

Villanueva said his department will work with the LAPD and use all available routes to move people safely, including sleeping accommodations in Project Roomkey, city and county shelters, non-profit housing and approved campgrounds.

“We're going to point out where people can pitch their tents, but it won't be in the middle of a tourist center disrupting business,” Villanueva said. - This is not Venice. This is a horror show imposed on the entire community. "

Both crime and the number of homeless people on the waterfront have skyrocketed since the start of the pandemic, hampering economic recovery for local businesses and terrorizing residents.

On the subject: Dump, violence and drugs: how a wealthy Los Angeles neighborhood became a homeless camp

The other day, a homeless woman threatened Los Angeles City Councilor Joe Buscaino with a knife while he was holding a press conference on the waterfront. A day earlier, a homeless man attacked a 70-year-old street performer there. On June 3, a homeless man brutally hit a guard outside the Arbor Collective several times. 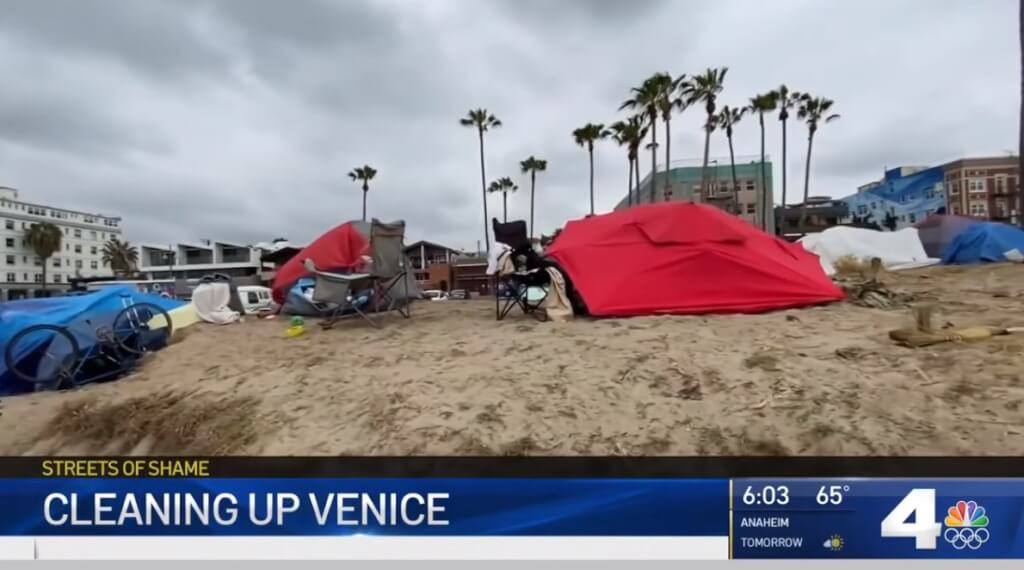 Responsibility for the homeless in Venice is the responsibility of the City of Los Angeles. However, neither CD-11 councilor Mike Bonin nor Mayor Eric Garcetti announced a plan to tackle the growing problem on the waterfront, which now has more than 200 tents.

“The City of Los Angeles created this problem; it is a failure of leadership from above and from below. If I go there before the end of Santa Monica, I will not see the tents, ”Villanueva said, pointing to the end of the embankment, where the line of tents drops abruptly.

Prior to the knife incident, Buscaino made a similar observation that morning, saying, “There is common sense behind my back in Santa Monica. Here in Venice, this is nonsense. "

Villanueva said that as the head of the sheriff's department, he has the power to deal with disturbances of public order in any area of ​​the county, although traditionally his department was subordinate to local authorities. He said he was confident in his ability to meet the July 4 target of clearing the embankment and was not worried about those who believed he was overstepping his boundaries.

“The people who say this is not our jurisdiction are the very people who are not doing their job, and now if I'm going to embarrass them, so be it,” Villanueva said, adding that he welcomes the support of the entire city and County Departments to help clean up the waterfront and keep the peace on it. 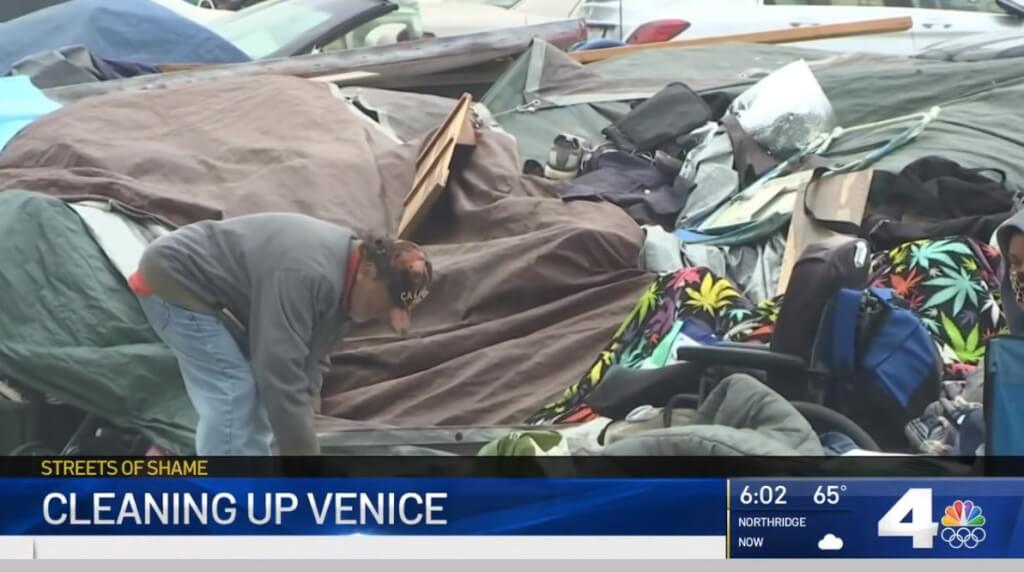 The sheriff's homeless support team has already begun talking to homeless people on the waterfront to determine what resources they need to move to their new living space.

“We are connecting everyone we can to any component of outreach that can help them improve their lives,” said Lt. Jeffrey Didrick. "We are a kind of bridge of cooperation."

Didrik said that while his team worked on the waterfront, he met people with a wide range of problems, including mental health and substance abuse. Many people reported that they came to Venice from abroad because they heard they could live on the beach.

For a long time, a homeless population lived on the embankment in Venice. However, this population increased significantly during the pandemic, when compliance with no camping laws was weakened to allow people to take shelter in place.

Villanueva said the extreme tolerance for homelessness in Los Angeles is partly leading to an increase in the number of people living on the city's streets, and believes renewed law enforcement is an integral part of the solution to the crisis.

“We need to have higher expectations or a better quality of life here in Los Angeles County,” Villanueva said. "Yes, we need to be compassionate, but we also need to have common sense."

Who is Alex Villanueva 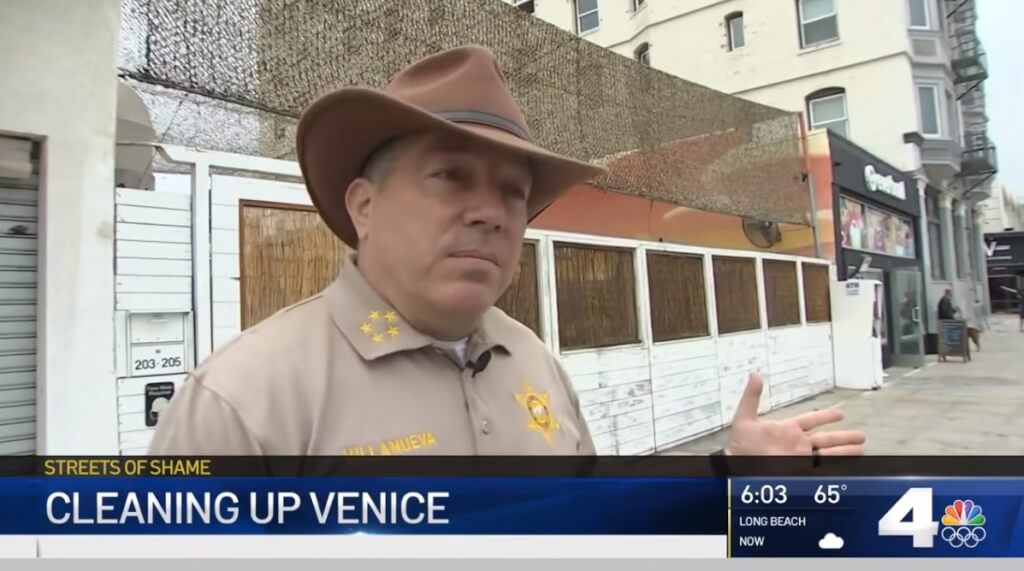 Alejandro Villanueva is an American law enforcement officer serving as the 33rd Sheriff of Los Angeles County, California. Before becoming sheriff, he was a lieutenant in the Los Angeles County Sheriff's Department. "Wikipedia".

Villanueva is the son of immigrants. He was born in Chicago in 1963 to a Puerto Rican father and a Polish-American mother. He attended San Bernardino Valley College and Regents College, State University of New York, California State University and La Verne University, and served in the US Army for 10 years.

Villanueva joined the Los Angeles County Sheriff in 1986 and settled in La Habra Heights, California. He worked in a prison reception center and in 1988 initiated a smoke-free initiative in the Los Angeles County prison system as part of a national effort to ban second-hand smoke. The ban was successfully enacted in 1990. He later served with the Los Angeles Sheriff's Department and was professor of criminal justice at California State University, Long Beach.

In November 2018, he became sheriff - the first person in 104 years to remove an acting Los Angeles County sheriff. Villanueva was also the first Democratic candidate to win a sheriff's seat in 138 years.

How homelessness in California went from a nuisance to a disaster