Home World Earth's magnetic north pole is moving faster than usual: what does it mean and how it threatens

The Earth has two north poles: the geographic pole, which never changes, and the magnetic north pole, which is always in motion. And now he's moving faster than usual, writes Business Insider. 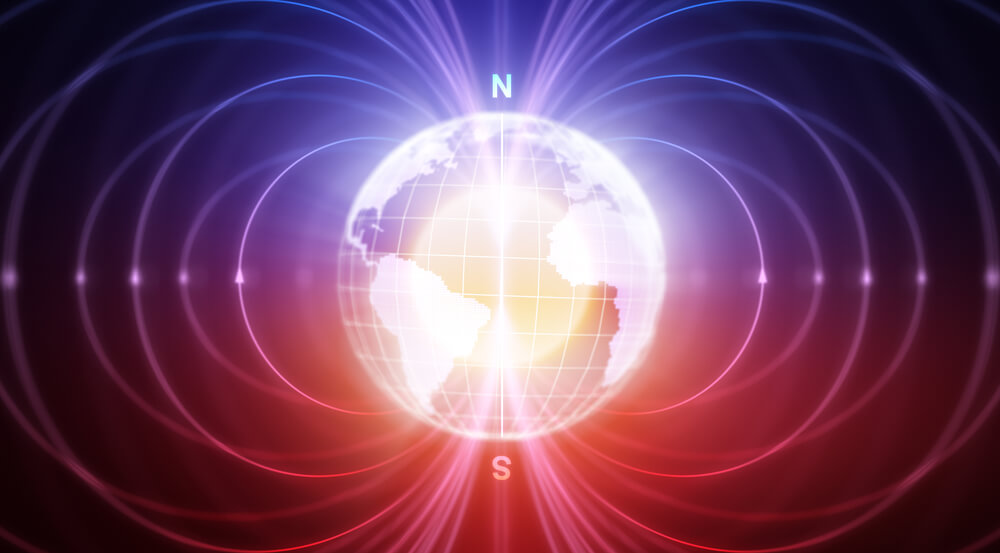 Over the past 150 years, the magnetic North Pole has accidentally traveled 685 miles (1102 km) across northern Canada. But now he is racing at a speed of 25 miles (40 km) a year to the northwest.

We may have to face something that humans have never seen before: the "flip" of the magnetic poles. And when it does, it can affect more than just the compass.

Compasses now only point to one pole at a time because there is a dominant two-pole system.

But the Earth doesn't always have only one magnetic North and South Pole. Facts indicate that for hundreds and thousands of years on our planet there were four, six and even eight poles at the same time. This is what has happened in the past when the magnetic poles have changed places. And when that happens again, it won't be good news for people.

You might think that eight poles are better than two. But the reality is that multiple magnetic fields will fight each other. This can weaken the Earth's protective magnetic field by up to 90% during the “flip” of the poles.

On the subject: A catastrophe like in The Day After Tomorrow: the currents of the world's oceans are slowing down, and this threatens with strong hurricanes

The earth's magnetic field is what protects us from harmful cosmic radiation that can damage cells, cause cancer, and cause malfunctions in electronic circuits and electrical networks. Some scientists believe that the presence of a weaker field could expose aircraft to higher levels of radiation, making flights less safe.

It can also disrupt the internal compass of many animals that use the magnetic field to navigate. Moreover, it can make certain places on the planet too dangerous for life. But what exactly will happen on the planet's surface is less clear than what will happen in space.

Satellites and manned space missions will need additional protection, which we will have to provide ourselves. Without this, intense cosmic and solar radiation will fry boards and increase the risk of cancer in astronauts.

Our modern way of life may cease to exist. Scientists know this because they are already seeing a glimpse of it in an area called the South Atlantic Anomaly. It turns out that the direction of part of the magnetic field deep below this region has already changed! Scientists say this is one of the reasons the field has been steadily declining since 1840.

As a result, the Hubble Space Telescope and other satellites often turn off their sensitive electronics as they pass over this area. And astronauts on the International Space Station have reported seeing large numbers of bright flashes of light believed to be caused by high-energy cosmic rays that a weaker field cannot contain.

Since the experts began measuring the Anomaly several decades ago, it has increased in size and now covers a fifth (20,3%) of the Earth's surface, with no signs of shrinking anytime soon. This is so extreme that it could be a sign that we are on the verge of a “reversal” of the poles, or perhaps we are already at the center of it.

But scientists remain skeptical, largely because the poles last changed places 780 years ago, so there is no record of this.

So what will happen? Scientists haven’t figured it out yet. It's a shame to think that our modern life - banking, stock exchange, missile tracking, GPS - relies on the outcome of something that we can neither predict nor control. One study went so far as to estimate that one giant solar storm today could cost the US up to $ 41,5 billion a day in damage.

And this is with the Earth's magnetic field at its current strength. It is scary to imagine what kind of destruction a storm will bring to Earth with a magnetic field only 10% stronger.

We may not be able to stop the pole reversal, but at least we can start taking steps to minimize the damage. The first step is to figure out what's going on with the moving field. This is done by the satellites SWARM of the European Space Agency, which collect the most accurate data on the strength of the Earth's magnetic field. Right now, they may be our greatest hope for solving this mystery, scientists say.

Three underground lakes with water were found on Mars: can this be a sign of life