Home In the U.S. The series 'Chernobyl' was the triumph of the Emmy Award. VIDEO

The series 'Chernobyl' was the triumph of the Emmy Award. VIDEO

In Los Angeles, for the 77th time, they received the Emmy Awards for the best television series of the year. The series "Chernobyl" became a real breakthrough in 2019, having received three prestigious statuettes. One of them went to the Ukrainian-born screenwriter Craig Mazin. The main competitor, Game of Thrones, received two awards with a maximum of 14 nominations. 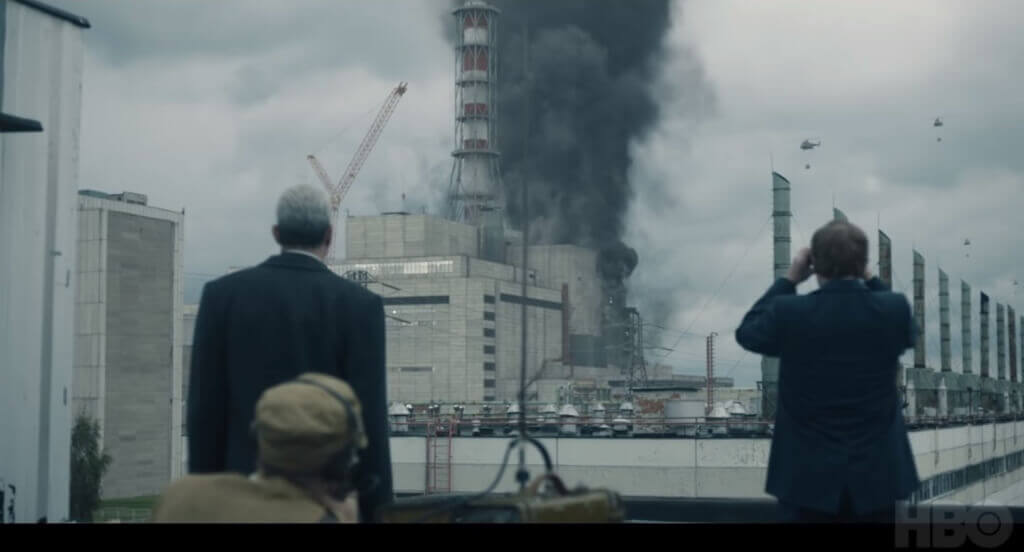 The best mini-series was “Chernobyl”, which tells about the explosion at a nuclear power plant in 1986. Its director Johan Renk won in the nomination “Directing a mini-series, film or drama program”, and screenwriter Craig Mazin (we wrote about his Ukrainian roots and the history of the creation of the series) was recognized as the best in the nomination “Screenplay for a mini-series, film or drama program. ”, Writes Air force.

“Now this story is even more important for all of us than it was before, because now the global war with the truth continues. And the story of Chernobyl tells what happens if the truth is ignored. Sooner or later, you will have to pay for it. And pay not power, but ordinary people, ”said Meisin shortly after the series’s premiere.

The idea to film the history of Chernobyl appeared 5 years ago. Producers sought to show that the accident at a nuclear power plant is a global problem and its scale could have been significantly greater if it were not for the liquidators.

Mazeyn wanted to show the strength of mind, courage and the will of people who rushed into an emergency nuclear reactor.

“They came face to face with him. - They flew over him, swam under him, dug tunnels inside, - says the scriptwriter. - Many of them gave their lives for the sake of others. All of Europe is indebted to the liquidators. ”

The scenario is based on real events that have occurred since the accident for two years after it. The creators tried to recreate as accurately as possible all the costumes and scenery of that time.

“We hope that viewers from Ukraine and Belarus will feel - we understood them correctly,” says Mazin. - Clothes, hairstyles, traditions, culture, everything is true. Thus, we show our respect. ”

On the subject: As a professor from Minsk tried in vain to convince the authorities to save people after the Chernobyl accident

“Since our series aims to commemorate all the victims and those who died as a result of the Chernobyl disaster, we worked very hard to reproduce all the cultural details as accurately as possible,” says Mazin.

The British TV series Trash won an Emmy for Best Comedy Series, Best Actress in a Comedy Series (to actress / writer Phoebe Waller-Bridge), Directing a Comedy Series (Harry Bradbear), Comedy Series Writer (Phoebe Waller -Bridge). Her win came as a surprise, as the main favorite was American actress Julia Louis-Dreyfus for her lead role in “The Vice President” (Veep). Her performance on the series has already received an Emmy six times.

Many wondered how many statuettes the Game of Thrones, which was loved by millions of viewers around the world, would receive. The eighth, final season hit screens in the spring.

As a result, the fantasy series won two nominations - Best Drama Series and Best Supporting Actor in a Drama Series (Peter Dinklage for the role of Tyrion Lannister). Dicknlage beat his co-stars Alfie Allen (Theon Greyjoy) and Nikolai Coster-Valdau (Jaime Lannister), who were also nominated in this category.

On the subject: The series 'Chernobyl' became the most popular in history, beating the 'Game of Thrones'

Actor Billy Porter became the first gay African American to receive an Emmy for Best Actor in a Drama Series. He starred in an episode of the TV series "Pose".

The current Emmy ceremony was held without a host - this happened only for the fourth time in the entire history of the award. The first statuette was awarded in 1949.

The name "Emmy" comes from the French word "immy", which was the name for the cathode tube in the first television cameras.

'I felt deceived': the liquidator of the Chernobyl accident jumped out of the window after the TV series 'Chernobyl'