Home In the U.S. The Senate approved Brett Cavanaugh as a judge of the US Supreme Court. VIDEO

The Senate approved Brett Cavanaugh as a judge of the US Supreme Court. VIDEO

On Saturday afternoon, the US Senate approved the nomination of Brett Cavanaugh for the position of judge of the Supreme Court. 50 senators voted for the appointment of Kavano, 48 voted against. The final vote was interrupted several times by shouts from protesters, who almost disrupted the procedure for approving a presidential candidate for the state post.

The decision of the Senate enshrined a conservative majority in court and completed a months-long lawsuit on charges of sexual harassment, violence, and Kavano’s bias as a judge, writes CNN. While the senators sat quietly on the ground during the voting, opponents of Cavanaugh’s statement spoke out loud. Protests continued after the completion of voting.

The decision speaks of a major victory for Donald Trump, who will soon be proud of the appointment of two conservative judges to the Supreme Court during his relatively short tenure.

Democrats opposed the nomination of Cavano in the Senate on Friday evening and Saturday morning. The Republican Party cast votes for Cavano. Large groups of protesters gathered today near the Capitol building and across the street near the Supreme Court before the final vote. People on the steps of the Capitol chanted "vote against!" And "the whole world follows." 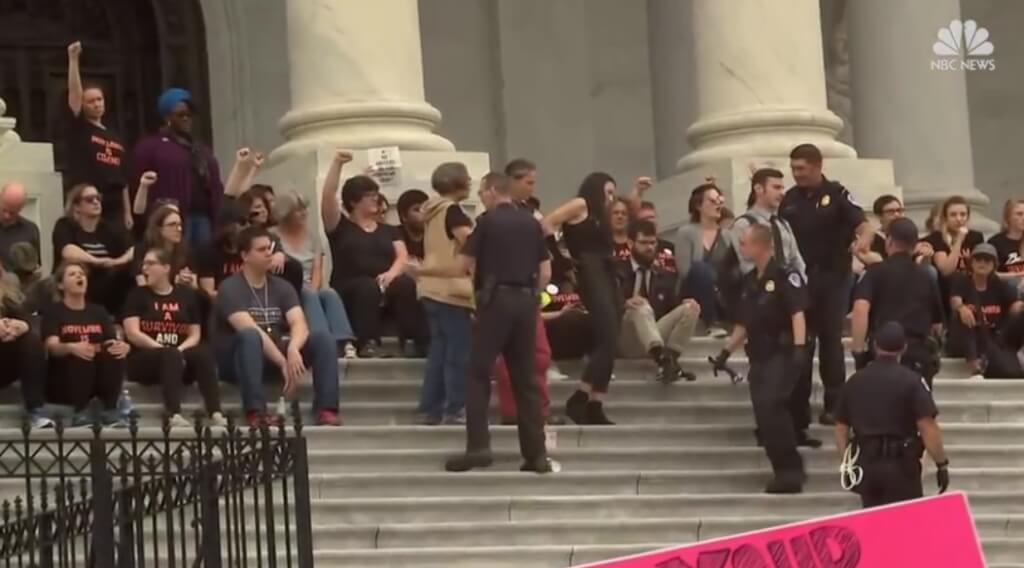 In confirmation of the tense situation in the Capitol, the representative of the Republican majority, John Cornyn from Texas, was twice interrupted by shouts of protesters from the Senate Gallery, open to visitors. Earlier in the day, Kornin told a group of reporters that this was “not a good hour for the Senate,” and said that “we need a better way forward.”

The chairman of the panel of judges of the Senate, Chuck Grassley, said a few words of approval to the protesters before the vote: “Thank God that you are ready to exercise your rights to the First Amendment on freedom of association and freedom of speech. Go on, because it will make America stronger. ”

Shortly before the vote, Trump said that Cavanaugh "will become a great Supreme Court judge."

“He's just an extraordinary person ... and I think we will all be very proud of him,” added Trump. 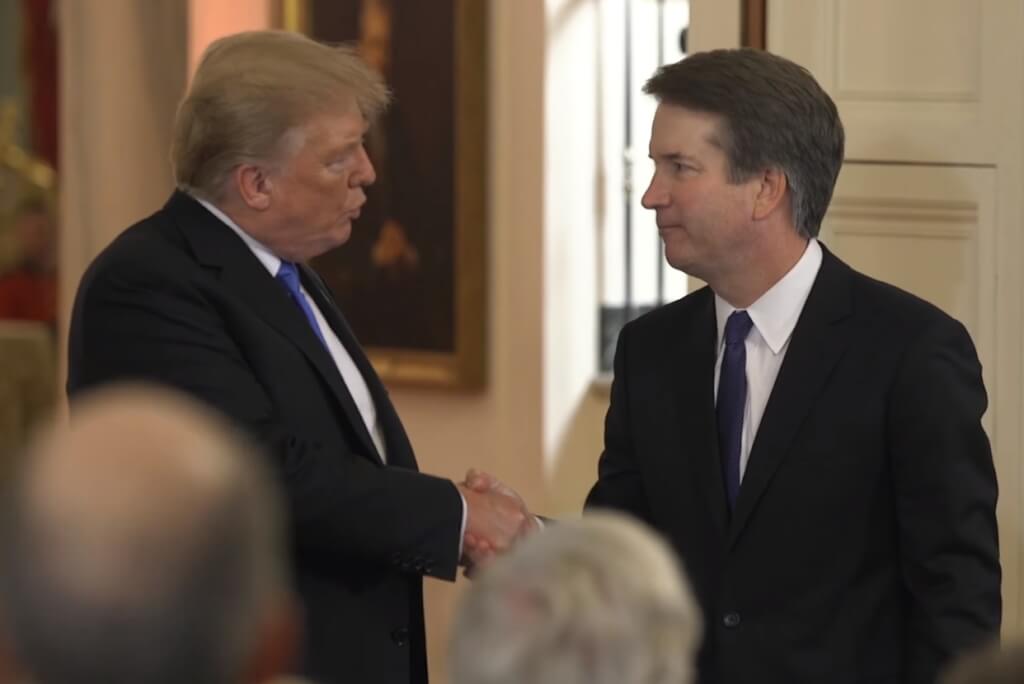 Senate minority leader Chuck Schumer called Cavano’s nomination "one of the saddest moments in Senate history" and said: "This chapter will become a bright red warning beacon about what to avoid."

Republicans "have conducted one of the least transparent, least fair, most biased trials in Senate history, tilting things right from the start to achieve the desired outcome," he added.

Majority Leader Mitch McConnell, who helped nominate Cavanaugh, praised him: “The President has appointed a lawyer who has been called a superstar by his colleagues from all political branches,” McConnell said, adding later that “Judge Brett Cavanaugh is one of the best people to offer. our country".

Friday morning began with uncertainty about whether Senate Republicans would receive the necessary support to nominate for the finish line, but the day ended with Cavano’s assertion certified after Republican senators Jeff Flick and Susan Collins, as well as Democrat Joe Manchin, announced that will support Cavano. The overbalance was small: 50 versus 48, so every vote mattered.

Summarizing her argument, Collins said that while she believes that Christina Blazy Ford, who last month accused Kavanaugh of attempted rape in the early 1980s, is indeed a “victim of sexual assault,” Collins does not consider this a valid argument to reject the candidacy. Cavanaugh.

The only Republican who opposed the nomination was Senator Liza Merkauski from Alaska, who told reporters that, although she considered Kavano a “good person,” she also felt that the confirmation process was something “more than a candidate.”

In a speech Friday on Friday, Mercausky expressed sympathy for both Ford and Cavanaugh. However, she said that it is important to choose judges who will act at any time in such a way as to promote “public confidence” in the judicial system.

“Speaking in good faith… I cannot conclude that he is the right person for the trial at this time,” the senator added.

Despite her opposition to Cavanaugh's candidacy, Merkauski ultimately backed out of the final decision as a gesture of goodwill towards her Republican counterpart, Senator Steve Dines of Montana, who supported Cavanaugh but planned to stay in Montana for his daughter's wedding on election day. ... This move did not affect the overall result of the vote, but allowed the difference in votes to be the same as if Dines had participated. In addition, Merkauski has “covered” Dines, and he will not have to urgently return to vote to ensure the desired result.

“Hopefully this will remind us that we can take small steps to be nice to each other, and perhaps they will lead to more,” Merkauski said Friday, announcing her intention.

Recall that three months ago US President Donald Trump Announcedthat nominates conservative judge Brett Cavanaugh for the vacant post of judge of the Supreme Court. The position became vacant after 81-year-old judge Anthony Kennedy announced his desire to end his career.

What the parties said at the main Havano hearing on harassment, you can find out link.

Last Thursday, the American Bar Association (ABA) demanded from the FBI hold an investigation on harassment and rape charges brought against Brett Cavanaugh.

Woman demands to reopen investigation of her rape by Bill Clinton