Home In the U.S. California family buys cruise ship apartment so their 'kids can see the world'

A Los Angeles couple spent more than $1 million on an apartment on a 'communal cruise ship' so their teenage daughters could see the world 'from a houseboat', reports Independent. 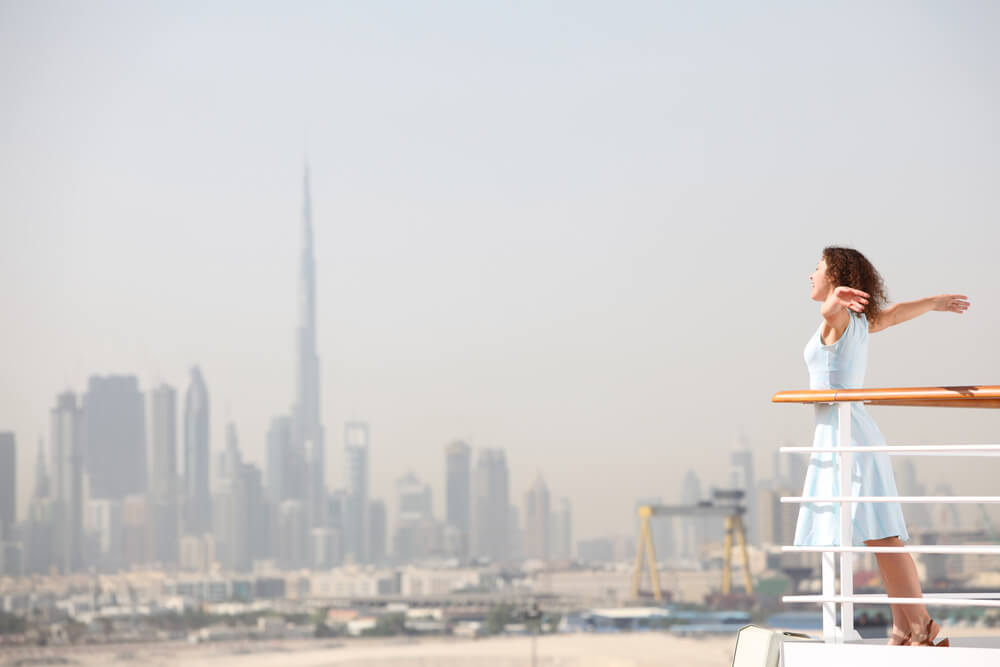 Beth and Mark Hunter have bought apartments on the yet-to-be-launched Storylines Narrative, which bills itself as a "floating city" where cruise fans can live and travel.

The $1 purchase is a two-bedroom, two-bathroom apartment on a mega-ship that has its own cinema, spa, microbrewery, clinic, and library. It will be built in Croatia at the end of this year, with a total of 310 residential apartments.

On the subject: An amazing record has been set in the US: there are 5 million more open vacancies than unemployed

Mom Beth said: “We used to think about traveling around the world alone, so we took lessons and rented boats, but in the end we realized that it takes so much time for maintenance, housework and buying provisions that there is no time for research. There are also many things to consider when waiting for weather windows and staying up all night on watch during long ocean crossings. We were very happy when we learned that there is a new startup that is building a ship on which we could buy an apartment. It met all the requirements."

Beth says the ease of living aboard a fully equipped cruise ship was too good to pass up.

“Instead of a 15m sailboat, we will have a 215m ship – a pretty good deal. We will have plenty of time for exploration and adventure as everything will be taken care of on board – we won’t have to deal with shopping, cooking, cleaning or laundry,” she says.

The liner plans to circumnavigate the globe every 1000 days, stopping at each port for several nights. Residents will be able to leave the main ship via a graceful aft deck, where they can board small boats or jet skis to explore.

Daughters Beth and Mark will even be able to take part in a "youth education program" aboard the ship.

Beth says they will have no problem keeping in touch with family friends from the high seas and will invite them over.

“We hope that our family and friends will sail with us. We'll be on board for 13 weeks, so the plan is to have people come here for a couple of weeks here and there. Of course, we will also make new friends in our new community,” she says. “The ship will have Internet, so we will still be able to regularly keep in touch with all land dwellers via video calls from exotic places. Our plan is to rent out our house when we're on land, which means the mortgage will be mostly covered."

Trump wants Putin to help him win the election, he asked the head of the Russian Federation to find dirt on Biden

Anonymous destroyed all data on the servers of Rosaviatsia: the service is switching to paper format

Preferential health insurance: how much income is needed to participate in the Medicaid program