'Seven minutes of horror': broadcast of the NASA rover landing on Mars 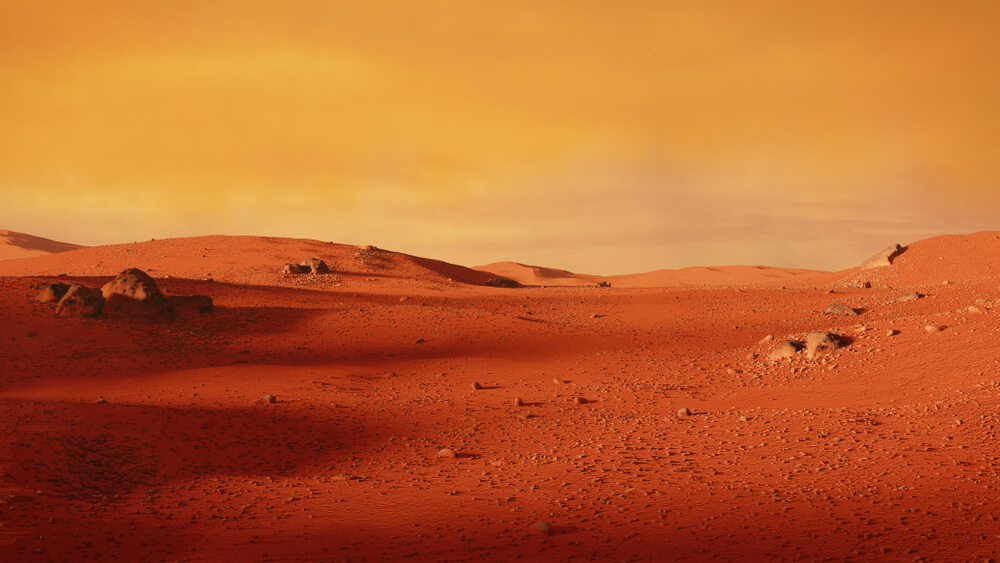 The main task of the rover will be to search for traces of bacterial life on the Red Planet.

Unlike the Moon, Mars has an atmosphere, which makes landing very difficult: only about 40% of such missions end in success.

The Atlas-5 launch vehicle with the American Perseverance rover was launched from the Cape Canaveral cosmodrome in the United States on July 30, 2020. In six months, the spacecraft covered the distance from Earth to Mars of almost 500 million kilometers.

On the subject: Three underground lakes with water were found on Mars: can this be a sign of life

Like other devices that tried to land on Mars before him, "Perseverance" will have to endure "seven minutes of horror" - the time during which the rover must move from the upper atmosphere to the surface of the Red Planet. To do this, he must slow down from the second space speed (for Mars it is about 20 thousand km / h) to the speed of a pedestrian.

It will be possible to experience the "seven minutes of horror" together with NASA engineers by watching BROADCAST on the aerospace agency website.

It should be remembered that the rover is located at a distance of tens of millions of kilometers, which means that the signals they transmit reach the Earth with an almost 10-minute delay. So if at some point something does not go according to plan, it will be physically impossible to quickly adjust the landing trajectory.

Where the rover will land

He will try to land near the Jezero crater. NASA scientists believe that in the rocks of this crater, which is 50 km wide, signs of bacterial life could have persisted - of course, if it ever existed on the Red Planet.

"If you look at the landing site, that is, the Jezero crater, through the eyes of a scientist, then the research potential of this place is obvious," said NASA engineer Allen Chen. - For example, there are traces of an ancient river flowing into and out of the crater. Scientists think that it is in this place to look for traces of life. But when I myself look at Jezero, I see only danger there. "

The rover is equipped with a number of proven designs that will enable it to land successfully on a safe stretch of the surface of Mars.

The design of this rover is based on the Curiosity type. NASA scientists will use a similar rover landing algorithm as it has proven to be quite successful. The new robot will use the same Skycrane parachute technology, but with a minor addition.

In addition, the engineers have developed a new Terrain-Relative navigation system that should provide even higher landing accuracy.

The rover will have cameras, an automatic arm, a drill and a laser as standard. But now he has acquired more sensors and instruments for analysis.

In addition, "in the womb" of the rover is a tiny helicopter called Ingenuity, weighing less than two kilograms. In the early days of the mission, he will try to make several test flights over the surface of Mars.

If the tests are successful, Ingenuity will be the first helicopter to fly off Earth. The extremely low temperature in the Jezero crater (at night there is up to -90 degrees Celsius) can complicate this task.

What will the rover do

Satellite images of the Jezero crater, where it is planned to land the device, indicate that the now dried up river once flowed into a huge lake there.

It is one of the best-preserved Martian deltas, where rivers have formed layers of sediment from brought in rock debris, sand, and possibly organic hydrocarbons.

Scientists hope that various types of rocks deep in the crater, including carbonates and clay, may have retained organic molecules that could indicate the existence of life on Mars in the distant past.

On the subject: 'Everything looks more real': Elon Musk tested a prototype spacecraft for a flight to Mars

Perseverance will survey the bottom of a dry lake, drill rocky rocks and extract samples the size of a piece of chalk. After that, the rover will carefully pack them in containers that will remain on the surface of the planet.

Another device will take them away - it is planned to launch it later. It will lift the collected samples into orbit on Mars (this will be the first space takeoff from the Red Planet) and deliver them to Earth.

All this is provided within the framework of the "Sending Martian Samples" program, which NASA is carrying out in cooperation with the European Space Agency.

Not the first try

Due to the serious difference in orbits, it makes sense to launch a mission to Mars only when it is close to our planet, which happens about once every two years.

Attempts to get to the Red Planet have been regularly undertaken since the 1960s, but more than half of the missions ended in failure.

Until recently, successful launches to Mars were carried out only in the USA, the USSR (later in Russia), India and the European Union. However, two more countries have recently added to this list.

On February 9, the United Arab Emirates successfully launched the Al-Amal space station into Martian orbit. And literally in a couple of days - China has its Tianwen-1 interplanetary station. In April, she will also try to land a lander on the planet's surface.

In July 2020, the second joint Russian-European mission "ExoMars" was supposed to go to Mars, the launch of which was planned back in 2018, but was postponed twice already. Now the departure will take place no earlier than 2022.

It seems that Mars will not be left without attention in the near future.