Home Page Educational program The most mysterious secret base in the United States: what really happens there

Thoroughly camouflaged rocket mines, command posts, secret laboratories and underground bunkers. There are many seemingly inconspicuous military installations in the United States that have been the subject of debate for decades. 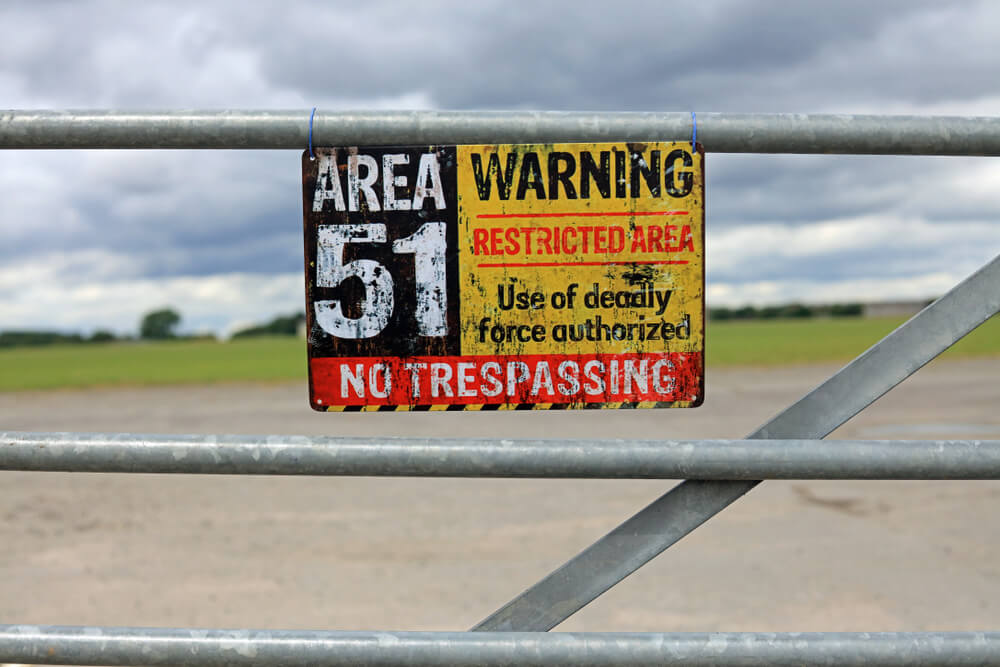 Books are written about them, science fiction films are made, computer games are dedicated to them, but no one knows what really happens there. Edition News.Mail.Ru collected the top xnumx of the U.S. most secret facility.

The legendary base of the US Air Force (Air Force), Area 51 in the Nevada Desert, has repeatedly featured in fantastic action films. Anything was attributed to the American military serving here: the study of alien technologies, and the creation of "flying saucers", and the cultivation of combat viruses capable of destroying all of humanity, and genetic experiments. The proliferation of conspiracy theories forced the Pentagon to squeak out some details.

According to official data, experimental aircraft and weapons systems are being developed in the 51 Zone. It is known that such aircraft as Lockheed U2, A-12 and SR-71 high-altitude reconnaissance aircraft, as well as the famous F-117 Nighthawk “invisibles”, were tested here. The unusual triangular shape of their fuselage and could prompt random witnesses of stealth flight over the desert to the idea of ​​experiments with UFOs. According to some information, the top-secret hypersonic strategic invisible scout SR-51 Aurora is currently engaged in the 91 Zone. This aircraft has a speed of up to 20 thousand kilometers per hour, but the Pentagon has not yet confirmed anything.

The American naval base in Guantanamo Bay in Cuba has been over a hundred years old. Its area is about 117 square kilometers. The base harbor holds up to 50 large ships, right down to aircraft carriers. On land - over one and a half thousand office and residential facilities, a mechanized port, ship repair workshops, a floating dock, warehouses for food, ammunition, fuels and lubricants. The contingent of the base is about ten thousand military personnel. Especially for them, they built a small city with all amenities.

On the subject: 'Show the UFO!': More than 1 million people gathered to storm the secret '51 Zone' in Nevada

But the base received its notorious reputation because of the prison of the same name, located on its territory. Since 2002, the Americans have held a total of more than a thousand people here without trial or investigation. The press has repeatedly leaked gloomy rumors about the riots prevailing here. Persons suspected of terrorism were tortured, not allowed to sleep, and kept on half-starvation rations. They were, in fact, knocked out recognition. Back in 2009, US President Barack Obama signed a decree to close the prison, but it still functions today. According to international human rights organizations, it contains about 40 prisoners.

The heart of US national security is the three-kilometer Cheyenne Mountain in the vicinity of Colorado Springs (Colorado) and the permanent command post of the NORAD underground complex, the Joint Aerospace Defense Center of North America, hiding beneath it. This structure combines the American and Canadian air defense and missile defense systems into a single whole. In the event of a nuclear war, it is from the bunker in Mount Cheyenne that the country's political and military leadership will command the troops.

On the subject: At the borders of Russia found a secret base of US special forces

In these cells, 15 metal structures were placed, 12 of which are essentially three-storey buildings, the rest have one or two levels. The outer shell of nine and a half millimeters thick mild steel sheets is supported by an inner steel frame. All these structures are installed on special springs that make the complex resistant to earthquakes and the consequences of a nuclear strike. The Cheyenne bunker is still in operation.

Trump accidentally revealed on Twitter a secret US companion

'Show the UFO!': More than 1 million people gathered to storm the secret '51 Zone' in Nevada

Phones listen to the conversations of the owners: is this really so