Home Page In the U.S. Sears shocked workers fired without severance pay: the company will pay $ 25 million bonuses to management

Former employees are outraged by a court decision to allow Sears to pay company executives millions in premiums when the company does not have the money to pay severance pay and carry out mass layoffs. 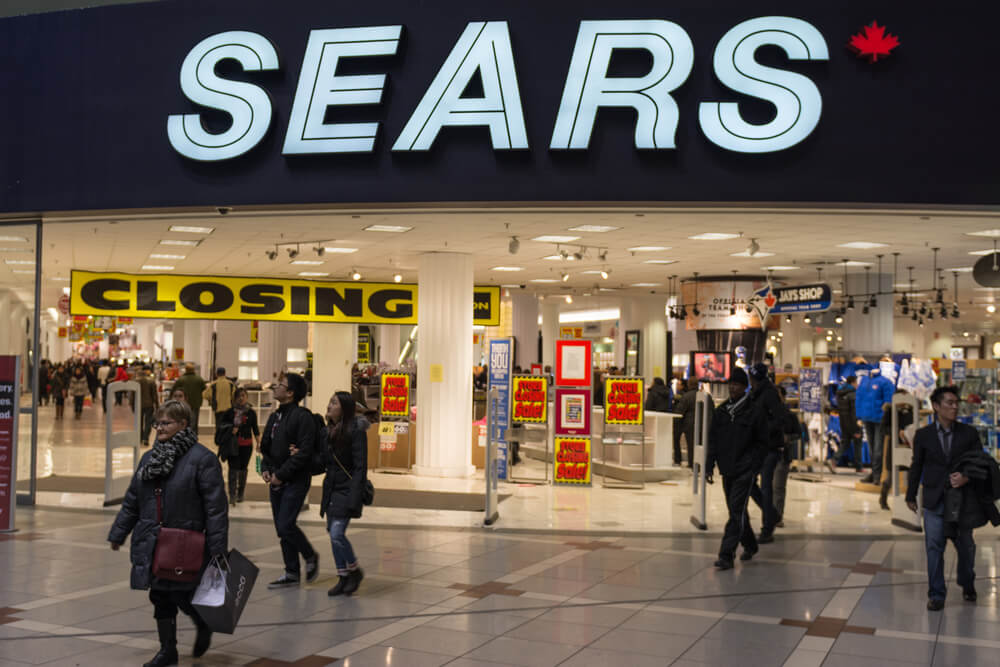 47-year-old employee Sheila Brewer dedicated 17 to Kmart's work years, but she was fired in September after Sears Holdings, who owns Kmart along with her eponymous brand, filed for bankruptcy. The woman for two months was desperately looking for work and was devastated both emotionally and financially, trying to make ends meet.

Last Friday, when a US bankruptcy court approved a company’s plan to pay more than 25 million dollars in bonuses to hundreds of executives and senior staff over the next year, the news severely injured Sheila.

"Seriously? Sheila thought. "How could the judge say yes?"

The current and former Sears and Kmart employees are confused and frustrated because the company intends to provide tens of millions of dollars in financial incentives for senior executives in bankruptcy. If the company reaches certain financial goals, 19 executives will split 8,4 million dollars in bonuses over the next six months, and 315 senior staff will receive the remaining 16,9 million dollars, according to the Chicago Tribune.

In the first three quarters of this year, Sears announced a loss of 1,9 billion dollars and closed hundreds of stores in 2018 year. This year, the company laid off at least 7301 employees at Kmart and Sears, of whom 4041 people were laid off after the company declared bankruptcy. Some former employees say that severance payments were suddenly interrupted or completely canceled as a result of bankruptcy.

At Sears and Kmart stores, sales were up 4,3% year-over-year, but even that was "driven by liquidation sales at stores that were preparing to close," the company said in a recent filing.

“It's just another slap in the face,” says Oni Patrick, who worked at Kmart in Illinois with Sheila for nearly nine years, until their store closed in September. "And we are tired of the constant slaps in the face."

The attempt to maintain and ensure financial stability for senior officials did not apply to Sears and Kmart employees who have lost their jobs in recent months. These layoffs had different consequences for each employee. Some were told that they would have several weeks or months until their workplace was being liquidated, while others, like Robin, found out about it only an hour before they were fired.

It is also unclear how this affected the payment of severance pay and pension to each employee. Some employees, for example, Sears' Kenmore brand accountants, received a severance pay equal to a week for each year they worked for the company. Others saw their pay cut. For example, Sheila expected to receive severance pay for eight weeks. She says she received checks for two weeks and then received a letter from the company stating that the rest of her severance pay would not be paid after Sears declared bankruptcy.

“We wake up, live, breathe Kmart and do our best for the company and give our best,” Sheila says. "And in the end, they don't pay us anything."

A spokesperson for Sears Holdings declined to detail severance issues.

The elimination of thousands of jobs and hundreds of stores shows a disruptive trend, as companies that were once prosperous and profitable fail to file for bankruptcy protection and, in some cases, liquidation. Often in cases of bankruptcy and liquidation, benefits, pensions and severance pay for employees are canceled or reduced.

“Workers need to be protected,” Sheila says. “You say you don’t have money to pay us severance pay, but do you have money for bonuses?”

For example, more than 33 000 employees at Toys 'R' Us did not receive severance payments after the company began liquidation earlier this year, and thousands of them became partners of Rise Up Retail, an employee protection group that mobilizes retail employees across the country .

Together, they achieved a meeting with Senators Bernie Sanders and Corey Booker, and also protested in New York. As a result, 20 million dollars went to the severance fund, which marked a significant victory.

Lawmakers, such as Sanders and Senator Sherrod Brown, accused Sears of providing millions of bonuses to executives. Now dozens of former Sears and Kmart employees join Rise Up Retail with the hope of having a similar impact. In November, 62 current and former Sears employees sent a letter to Eddie Lampert, the chairman of Sears Holdings, asking him to ensure that the laid-off employees receive proper severance pay, receive protection for their pensions and financial assistance through the employee assistance fund.

Sears did not respond to the letter, says Lily Wang, the group's organizer.

How to live in the US for Minimal

What is the minimum salary you must pay in different states

Los Angeles is too tough