Sarah Sanders, who, being the press secretary of President Donald Trump, became the public face of the White House and defended the administration’s most controversial decisions, leaves her post, writes USA Today. 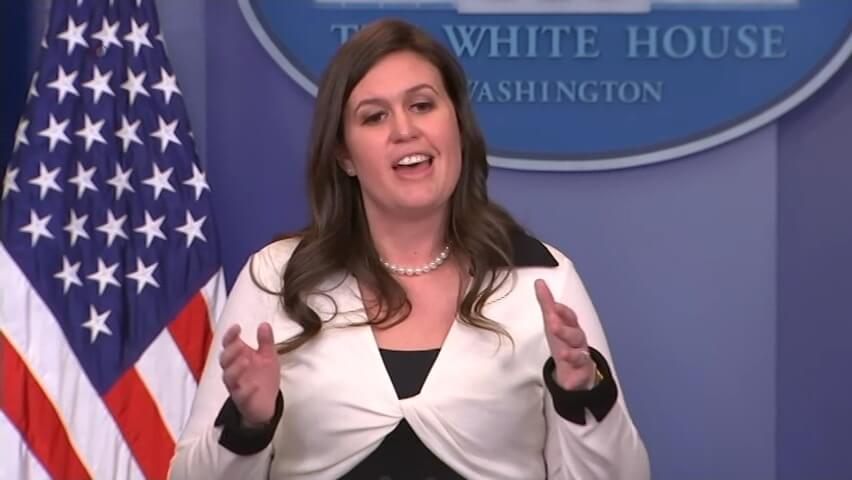 Sanders worked at Trump's campaign headquarters in 2016, after which she became press secretary in 2017. The President announced her departure 13 June in the microblogging Twitter.

“After three and a half years of cooperation, our wonderful Sarah Huckabee Sanders will leave the White House later this month and head home to the great state of Arkansas,” Trump wrote, suggesting that she may be considering running for governor of her home state.

“She is a very special person with extraordinary talents who has done an incredible job! I hope she decides to run for governor of Arkansas - she would be fantastic. Sarah, thanks for a job well done! " - wrote the president.

The daughter of former Arkansas governor Mike Huckabee, Sanders was the third woman in history to hold the position of press secretary for the White House, and the second person appointed to this position during Trump's presidency. Like other press secretaries, Sanders quickly became one of the most recognizable individuals in the White House.

On the subject: From $ 0 to hundreds of thousands: how much Trump administration staff earn

Her resignation followed a few months after the publication of the results of the investigation by special prosecutor Robert Muller, who concluded that the president did not enter into an agreement with Russia to intervene in the 2016 election of the year. Nevertheless, it describes in detail Trump’s attempt to influence the investigation and the extent to which presidential aides tried to defend his position, sometimes resorting to a distortion of the truth.

Müller’s report states that Sanders confessed to making false statements to reporters when discussing the rationale for the dismissal of former FBI director James Komi in 2017. At that time, Sanders told reporters that Komi was dismissed because he lost the trust of the president, the Department of Justice, members of both parties in Congress, and "most importantly, ordinary FBI officials lost trust in Komi."

To a reporter's clarifying question about the sources of such information, Sanders replied: "We heard about this from countless members of the FBI."

On the subject: Across the seas and glaciers - to the White House: the history of the table in the Oval Office

But during a conversation with representatives of the team Muller Sanders said this statement was an “oversight”, and that her words then were not based on anything.

She also faced criticism last year when Trump's lawyers admitted that the president had personally dictated Donald Trump Jr.'s statement regarding the sensational meeting of his staff’s representatives with a Russian lawyer at Trump Tower in 2016. A few months before, Sanders had denied that Trump had dictated this statement.

Working at the White House also influenced the privacy of Sanders. In 2018 her year refused to serve in a diner in virginia because she worked for Trump.

Apostate, Eagle and Marvel: How does the personal guard of the President of the United States

The White House: The History of the American Symbol

How much do realtors rate the White House