Home In the U.S. Sanctions against Putin personally and weapons for Ukraine: the United States threatens Russia with a very tough package of restrictive measures

Sanctions against Putin personally and weapons for Ukraine: the United States threatens Russia with a very tough package of restrictive measures

On January 13, U.S. Senate Democrats unveiled a bill to impose sweeping sanctions on top Russian government officials and the military, including President Vladimir Putin, as well as key banking institutions if Moscow launches hostilities against Ukraine. to Reuters 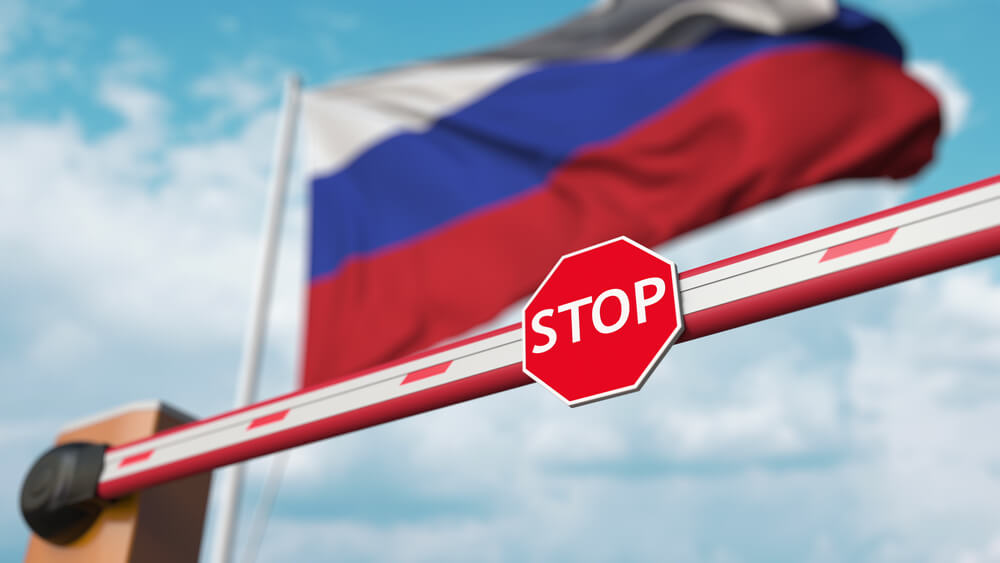 The proposed law, backed by the White House, includes provisions to help bolster Ukraine's security and calls on the United States to "consider all available and appropriate measures" to ensure that the Nord Stream 2 gas pipeline from Russia to Germany, which could significantly expand the influence of Putin on Western Europe, making the region more dependent on Russian energy resources, did not start working.

The pipeline was completed but has not yet started up because it has not received approval from the German regulatory authorities for commissioning.

"This legislation makes it absolutely clear that the US Senate will not sit idly by as the Kremlin threatens to re-invade Ukraine," said Senator Robert Menendez, Democratic Senate Foreign Relations Committee chairman who introduced the bill, in a statement.

Menendez said the law sends a clear message to Russia: "Putin does not need to bring down his entire economy and he does not need to sacrifice the lives of his people in a vain attempt to rewrite the map of Europe."

On the subject: Mine yours does not understand or does not want to understand: how the talks between Russia and the United States ended in Geneva

Russia has amassed about 100 troops near the border with Ukraine, and Washington is trying to dissuade Moscow from re-invading the country.

The bill, among other things, concerns companies in Russia offering secure messaging systems such as SWIFT, which banks use to exchange key information with other financial institutions.

The bill "would entail serious costs to the Russian economy" if Russia continues to invade, a White House National Security Council official said.

Other laws, such as the one proposed by Republican Senator Ted Cruz, "do not take into account further Russian aggression and will not protect Ukraine," a NSC spokesman said.

Cruz's bill provides for the punishment of companies associated with the Nord Stream 2 pipeline. Cruz agreed not to block Biden's 32 nominations for several different positions in exchange for putting the bill to a vote.

Cruz's bill will be put to the vote this week, but requires 60 votes to pass, a high barrier in an evenly divided Senate.

The Menendez-backed bill represents an alternative to Democrats backing sanctions on the $2 billion Nord Stream 11 gas pipeline, which is completed but awaits German approval, and makes Cruz's bill difficult to pass.

Many Democrats have backed sanctions on the pipeline as it would bypass Ukraine, depriving the country of transit fees and potentially undermining its fight with Russia.

Cruz's bill imposes sanctions on the pipeline within 15 days of being passed, regardless of whether Russia invades Ukraine again, and will allow Congress to vote to reinstate the sanctions if the president waives them. Cruz said sanctions are needed immediately to stop the project.

In opposition to the initiative of Republican Senator Ted Cruz, his fellow Democrats introduced a bill on anti-Russian sanctions in case Moscow takes any action against Ukraine.

Ukrainian President Volodymyr Zelensky believes that sanctions should be imposed immediately on the pipeline, even if Russia does not invade, as its operation poses a "threat to the material security and economy of Europe," according to a person close to him.

“Kiev is categorically against any policy that allows Russia to use invasion threats to get what it wants in other areas,” said the person, who spoke on condition of anonymity.

Biden called the pipeline a bad deal for Europe and said the pipeline would increase Russia's influence. But his administration last year lifted sanctions on Nord Stream 2 AG, the company that controls the project, as the White House sought to mend relations with Germany.

A senior Biden administration official said on January 12 that the threat of stopping the project is Germany's leverage on Russia.

“If sanctions are imposed right now, and Russia considers these sanctions as sunk costs, then there will be one less consideration in its calculations,” the official said. “The deterrent potential of sanctions or a pipeline shutdown will be lost.”

Another senior Biden administration official said Washington is considering a number of contingency options to help Ukraine if Russia cuts off energy supplies.

The pipeline, backed by the Russian state gas company Gazprom, will fuel Germany, Europe's largest economy, which is shutting down coal and nuclear power plants, and will also help other European countries.

The Kremlin said on Thursday, January 13, that the US plans to impose sanctions on Russian President Vladimir Putin would be an "extreme" step that would mean a complete break in relations between the two countries. The Moscow Times.

Among the measures are personal sanctions against Putin, as well as a number of other high-ranking officials, including Prime Minister Mikhail Mishustin and Foreign Minister Sergei Lavrov.

Imposing sanctions on the head of state and other high-ranking officials would be an extraordinary move, as the US previously limited its sanctions packages to lower-level officials.

"The imposition of sanctions against the head of government or the head of Russia is an extreme measure, comparable to a break in relations," Kremlin spokesman Dmitry Peskov told reporters at a briefing, state news agency TASS reported.

“What is Russia ready for? Russia is always ready and will always do what is in the interests of our country, ”he added.

The bill would require the US government to investigate and release a report on the personal wealth and assets of Putin, his family members, and any other people the US believes hold assets on his behalf.

Because of the US's leading role in the global economy, personal sanctions effectively prohibit individuals from traveling or accessing property and bank accounts located in most Western countries.

Negotiations between Moscow, Washington and NATO in Europe this week have not yet been able to move the parties closer to resolving what Moscow called “major and fundamental disagreements ".

Moscow wants legal assurance that NATO will never accept Ukraine as a member and has called for a reduction in troop deployments across the alliance to 1997 positions. The United States described the proposals as "unsuccessful," and high-level talks in Geneva and Brussels this week failed to bring the parties closer together.

Peskov on January 6 rejected NATO calls for Russia to de-escalate the situation by withdrawing some 100 troops stationed near the border with Ukraine.

“It is unlikely that NATO can dictate to Russia where to move troops on its own territory,” he said.

Ukraine launched its satellite into orbit using Space X Elon Musk: how it was

Smartphone addiction: which apps do we spend almost a third of our lives on