Home World The dirtiest person on the planet has not washed for 67 years and lives in a hole: while he has no health problems

The dirtiest person on the planet is an 87-year-old man who lives near the village of Dezhga (Fars province, Iran). He did not bathe for decades and ate raw meat, reports UNIAN. 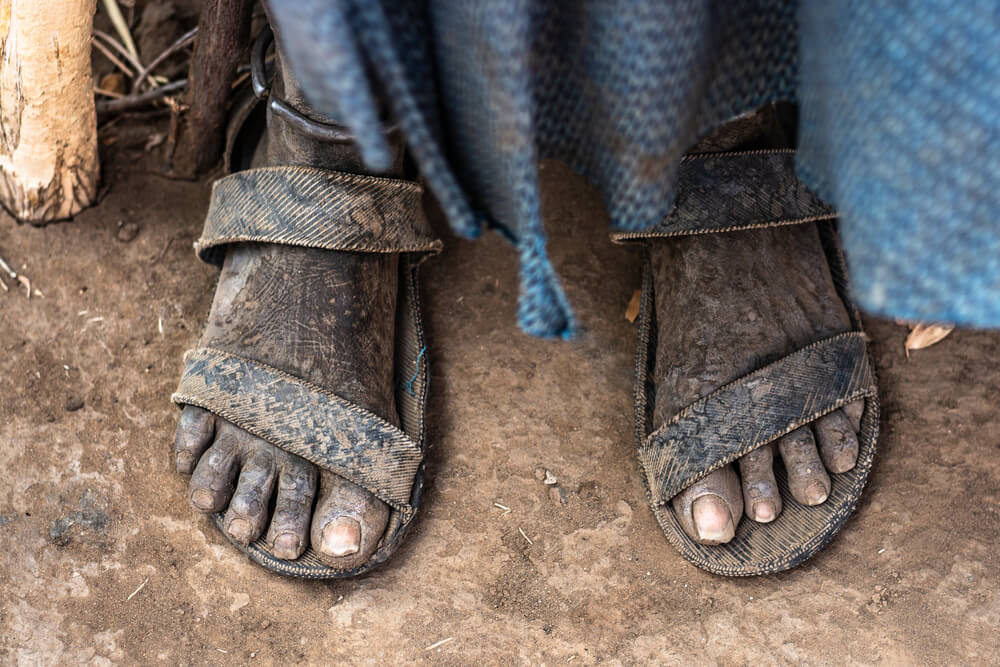 Iranian-born Amu Haji didn't bathe for 67 years after he decided bathing would bring him bad luck and eventually kill him.

Just imagine what aromas are circling in the air next to the dirty ones. Perhaps this is his life philosophy that no one wants to share with him. That is why Amu is very lonely, and this circumstance greatly upsets the old man, reports Mirinteresen.

Amu - in Farsi, this translates as a kind person. Hajji is an honorific title for a Muslim who performs Hajj. Looking at the tramp, you can be horrified. He looks more like a scary mystical character.

Amu is a real modern hippie who does not need much from life. At one time he lives in a clay halabud on the outskirts of the village, and at other times he lives in a dugout. His favorite thing is to sit and do nothing, just sit under the sun.

His entire body is covered with a thick layer of mud, and his hands resemble elephant skin.

The old man basically does not eat fresh food and does not drink clean water. He prefers to eat rotten meat, and use an oil tank unwashed for several years as a container for water. Amu feeds on the corpses of animals, most often porcupines, which he bakes in a fire. Sometimes it is fed by the locals. Amu drinks at least five liters of water a day.

On the subject: The man flew from Africa to Europe in the landing gear compartment and survived: he spent several hours in freezing cold

His unusual lifestyle made it difficult for the man to find friends or a girlfriend, and one of his favorite pastimes, smoking a pipe filled with animal dung, further isolated him from society.

Still, the tramp has a mirror. Even sometimes he looks at him. But the reasons why the dirtiest man does not wash for so long, he never told anyone.

Amu avoids bathing on principle. Several times he was offered a free bath, but Amu refused, explaining that washing brings him pain and suffering.

“People offered me several times to wash in their houses, but, fortunately, I always managed to escape,” Amu Haji shared his joy.

However, the locals were so impressed with Hadji and his unusual way of life that they built a small hut for him, because before that he lived in a hole dug right in the ground.

Medics who visited Khadzhi's hut in the village of Dezhga performed several tests and said that, despite his lifestyle, the hermit is remarkably healthy and has no serious illnesses.

Experts believed that the research would find various forms of parasites that could have settled on his body, but were able to confirm that Haji does not have any diseases or parasites, despite the lack of hygiene.

Doctors suspect that Hadji remained healthy thanks to the development of a very strong immune system. The man was also tested for various forms of hepatitis and AIDS, but found only asymptomatic trichinosis infection.

The specialists were also surprised that Haji is aware of all world news and calmly talks about the main revolutions of this millennium.

The dirtiest man in the world is not married, but is in search of a companion. For the sake of success in his personal life, Amu Haji wants to be attractive and takes care of himself. To find out what he looks like, he looks in the rear-view mirrors of cars, and when he thinks that the beard and hair are too long, he makes himself a new hairstyle - sets fire to the excess. The Iranian wears the clothes brought by the neighboring villagers and even wears a helmet during the freezing winter months.

European and world champion and artist of the legendary Cirque du Soleil: the incredible story of Taganrog city native who conquered the USA