The world's most expensive food: Xnumx products that cost a fortune

Whatever life you have to try, impressions of the rarest and most exclusive will be brighter for you than anyone else. And even if something that is very expensive and exotic, you do not like the taste, smell or look, this will remain another tick in the list of rare life's pleasures. Writes about it Leafclover. 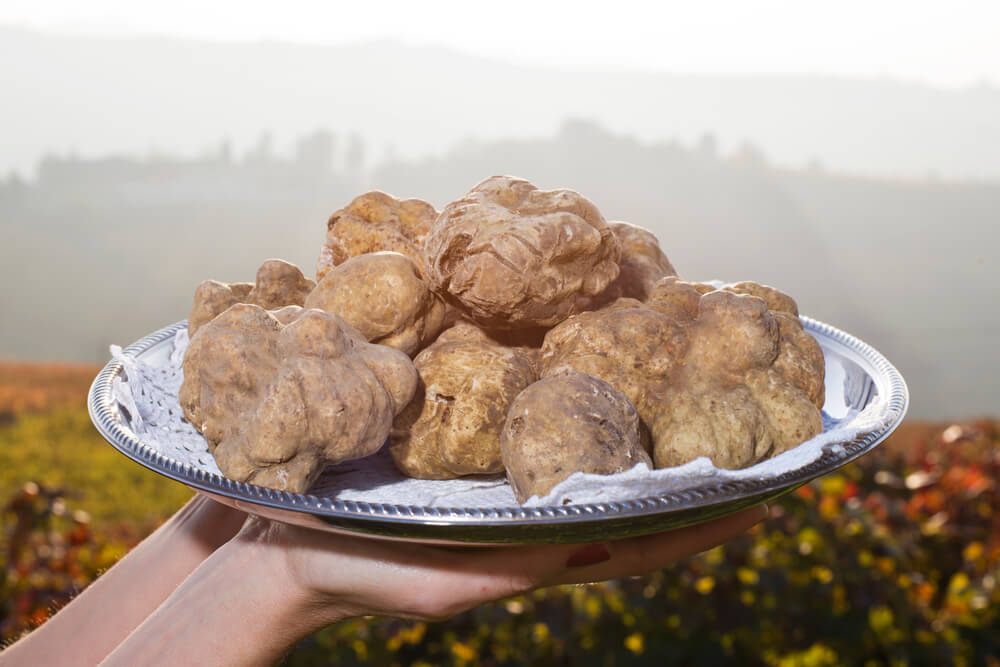 Luxury has many facets: someone buys expensive homes, others pamper themselves with luxury cars, chic outfits, etc. And someone just doesn’t mind eating a few thousand dollars.

The most expensive mushroom

The most expensive mushroom is truffle. The cost of a kilogram of this delicacy can reach up to 2000 euros, and sometimes even higher. The most delicious are white truffles from Italy.

The most expensive dumplings

The most expensive dumplings can be tasted in the Golden Gates restaurant in the Bronx area for Russian immigrants. Their uniqueness lies in the fact that, in addition to veal, elk and pork, they include the iron of a deep-sea torch fish, as a result of which even with moderate lighting, dumplings emit a blue-green light and are absolutely edible and incredibly tasty. A portion of 8 dumplings will empty the wallet for 2 400 dollars, and from 16 to 4 400 dollars.

The most expensive tea

The most expensive tea in the world is called Dahongpao, which means “a large reddish bathrobe”. Get a "Big reddish bathrobe" from a sheet of all 6 bushes growing near the Tianxin monastery. The age of these unique bushes is 350 years. Less than 500 grams of famous tea is harvested every year, the price of the finished product reaches 685 000 dollars per kilogram.

The most expensive meat

The most expensive meat is marbled beef. And - necessarily from the Japanese cows Wagiu. For centuries, these cows were bred only in Japan, treated them respectfully and fed only the best herbs, and also rubbed sake daily and watered with beer. Tenderloin will cost you from 750 dollars to 1000 dollars per kilogram

The most expensive nut

The world's most expensive nut is macadamia. Macadamia was once a staple food for Australian Aborigines, but has now become an exquisite and very healthy treat. The cost of one kilogram of macadamia even in its historical homeland exceeds 30 dollars.

The most expensive caviar

The most expensive caviar in the world is not black at all. And not even a rare gray. The most expensive is Almas, the beluga albino caviar, which is rarely exported from Iran. 100 grams of caviar, packed, without fail, in a jar of pure gold, will cost the buyer about 2 000 dollars.

The most expensive spice

The most expensive spice in the world is saffron. Real saffron is the stamens of a plant in the crocus family. To get a half kilogram of spice you need 225000 stamens. One kilogram of real saffron costs about 6 000 dollars.

The most expensive potato

The most expensive potatoes in the world are grown on the islet of Nurmuatie in the Atlantic Ocean. The fields on which potatoes are grown are fertilized exclusively with seaweed. All planting and harvesting work is carried out only by hand. In a year, peasants collect only about 100 tons of this root crop. Harvested potatoes are sent for sale the same day. Such a small crop and pleasant taste give exclusivity to this variety of potatoes, a kilogram of which you can buy ... for 500 euros.

On the subject: San Francisco Ukrainian School: how immigrants preserve and pass on language and culture to children

The most expensive omelet

The most expensive omelet in the world can be eaten in the restaurant of the New York hotel "Le Parker Meridien". It costs 1 000 dollars. In addition to the eggs themselves, the omelet contains whole lobsters. It is served on a pillow of fried potatoes, and decorated with ten ounces of stellate sturgeon caviar.

The most expensive oil

The most expensive oil in the world is argan oil. Argan grows in Morocco. Getting to know her is easy. The leaves of this tree are a favorite treat of local goats. For his sake, they are even ready to climb trees. As you will see a goat on a tree, that means it is argania. The fruits are shaped like olives. For one liter of oil their whole 30 kg is required. For 100 ml of such oil you have to give 250 cu

The most expensive bread

The most expensive Bread in the world - Roquefort and Almond Sourdough Bread. It is for 25 $ that you can taste bread from Chef Paul Hollywood. Bread made with the best A class flour, fermented with expensive French * Roquefort * cheese and high quality almonds. You can buy miracle bread only in boutiques in London, and it costs almost twenty times more expensive than usual.

The most expensive milk

The milk of mice is the most expensive milk in the world. Its value exceeds 22 000 dollars per liter. To get one liter of such milk, you need to milk about 4 000 mice. Mouse milk is used in medicine. Female mice synthesize human milk in milk - lactoferrin, which is used in the production of unique pharmacological preparations. Medicines containing murine milk improve blood formation after blood transfusion.

The most expensive cheese

A kilogram of Pule cheese made from donkey milk was priced at $ 1 280. This made it possible for a dairy product to take first place in the ranking of the most expensive cheeses in the world.

On the subject: Top secret: how an American handed over nuclear secrets to the USSR and did not pay for it

The most expensive water

The first place is rightfully occupied by the purest spring water Acqua di Cristallo Tributo a Modigliani. It is named after the famous Italian artist Amedeo Modigliani. But the most interesting thing is that the smooth forms of the container in the form of a Mongoloid face are covered with pure 25 carat gold. Acqua di Cristallo Tributo a Modigliani is a mixture of the purest spring water from France, from the Fiji Islands, with the addition of water from the glaciers of Iceland. It is worth the extraordinary composition and design of water $ 60000 per 1,25 liter bottle.

The most expensive chocolate

The most expensive juice

The most expensive juice in the world - Noni is made from exotic fruits of the same name with many useful properties. Thick burgundy juice significantly improves well-being, relieves hypertension and stress caused by stress, and also improves well-being. Noni fruits grow on the trees of Morinda lemon leaf, widely distributed in the South Pacific region. A box of juice (four bottles of one liter) costs from 200 dollars.

How to save time and money during the holiday season: good advice from Target employees

15 US cities for retirement with minimal savings