Home At home Lifelong suspension was lifted from Russian athletes: what’s next

Lifelong suspension was lifted from Russian athletes: what’s next

The International Sports Arbitration in Lausanne satisfied the 28 claims of the Russian athletes, declaring their exclusion from the Olympics and life-long disqualification illegal. Suits are still 11 athletes partially satisfied. Whether the athletes who won the trial will be able to take part in the 2018 Games of the year is not clear, writes Lenta.ru report. 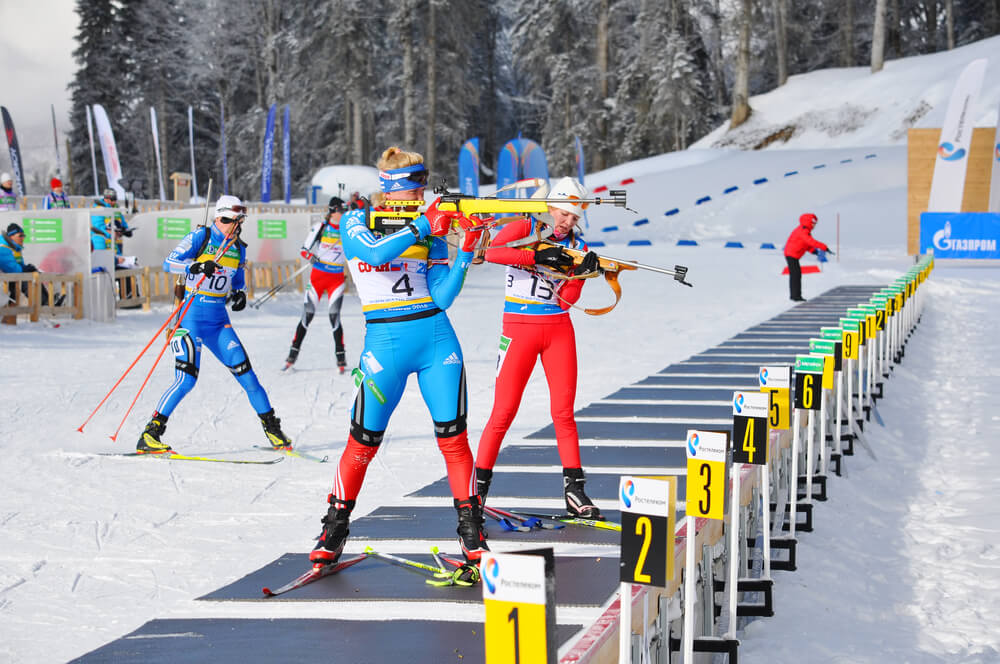 CAS acknowledged that their violation of the anti-doping rules was not confirmed, and decided that their results at the Sochi Olympics should be restored. Thus, after the completion of the procedure, the Russian team will return to the first place in the team event: it will have 11 gold medals in its assets, which will allow it to bypass the team of Norway.

The application of the team "Olympic Athletes from Russia" may expand

According to sports lawyer Mikhail Prokopts, justified athletes have good chances to travel to Pkhenchkhan. “This CAS verdict gives our athletes the right to immediately appeal to the civil panel which has already started working in South Korea. If these justified athletes have fulfilled all the requirements for qualifying for the Games, then they have the right to demand admission to the 2018 Olympiad. They have great chances to be admitted. This panel makes decisions quickly, within a few days, our guys should go there as soon as possible and defend their rights, ”quoted Tak, Procopts.

At the moment, the composition of the team, which in South Korea will perform under the Olympic flag, consists of 169 athletes.

11 athletes found guilty, the case of three more postponed until the end of the Games-2018

In total, CAS in an accelerated mode considered the 39 appeals of the Russians. 11 athletes were less fortunate: they were found guilty, but they replaced a life ban on missing the Olympics in Pkhenchkhane. The court also refused to restore their results at the Games in Sochi.

Among these athletes are: bobsleigh players Alexander Zubkov, Alexey Voevoda, Alexander Kasyanov, Alexey Pushkarev, Ilvir Khuzin, skiers Yuliya Ivanova, Yuliya Chekaleva, Anastasia Dotsenko, hockey players Galina Skiba, Anna Shibanova, Inna Dubanuk. According to the Minister of Sport Pavel Kolobkov, at the moment all athletes have received short decisions, and the motivation part will be sent to them later. At the same time, CAS postponed the consideration of cases of biathletes Olga Zaitseva, Olga Vilukhina and Yana Romanova until the end of the Olympics in South Korea.

“From the very beginning we were sure of the innocence of our athletes. The arbitration court sided with our guys and made a fair decision, confirming their innocence. We are happy that their well-deserved rewards are returned to them, the charges are completely dropped from them. But we still have to fully analyze the situation and carefully study the court’s decision, ”said ROC President Alexander Zhukov to TASS.

The organization on the basis of the IOC Executive Committee 5 December 2017 was disqualified, and Zhukov temporarily lost his membership in the committee. Skeletonist Alexander Tretyakov told how hard it was for the detached athletes during this period: “I already have no emotions. During this year I had so much of everything that now there is no strength to rejoice. Do I want to play at the Olympics? Of course, but not everything depends on me. ”

The hearings on the cases of suspended Russian athletes began on January 23. Then in Lausanne, considered the appeal of skaters. All but Skobrev, arrived at the meeting and appeared before the court. The main prosecutor, former head of the Moscow Anti-Doping Laboratory, Grigory Rodchenkov, also attended the hearings, but remotely via video link. The informant of the World Anti-Doping Agency (WADA) is so fearful for life that it did not appear completely - only his hands were visible in the frame.

In connection with this fact, there is a hypothesis that Rodchenkov is in fact already dead, and the false figure reveals the shocking details of the Russian doping system. Allow the opposite to allow voice recordings, which clearly heard Rodchenkova characteristic accent. However, Russian athletes were alerted not only by the absence of a chemist in the courtroom, but also by the fact that he could not ask questions. According to the lawyer of domestic athletes, the prosecutor himself was confused in the testimony.

After the loud accusations of Rodchenkov, the IOC launched an investigation. Denis Oswald, the former head of the International Rowing Federation who went on promotion, headed the commission which was engaged in the re-examination of the doping samples from the Sochi Olympics. In 2013, Oswald was nominated for the election of the president of the committee, but he conceded to the current head Thomas Bach and headed the IOC Disciplinary Commission.

Oswald considered the 46 cases of Russian athletes participating in the 2014 Games. Only three sportsmen managed to avoid punishment: figure skater Adeline Sotnikova, speed skater Denis Yuskova and hockey player Anna Shokhina. The rest of the 43 were less fortunate - they were suspended from participation in the Olympics for life, and their results from the Sochi Games were annulled.

The accused athletes were given to speak at the hearing, but this did not affect the IOC’s verdict. Thus, Russia lost the first place in the unofficial medal standings, and athletes lost the right to take part in the main tournament of the four-year period.

Without Minsport: what is the secret of the success of American sports

As a former member of the USSR Olympic team, he now coaches American Olympians.

How to get a sports scholarship in the USA