Home Our people Our in the US: As a Russian woman married a Cuban and moved to Miami

Our in the US: As a Russian woman married a Cuban and moved to Miami 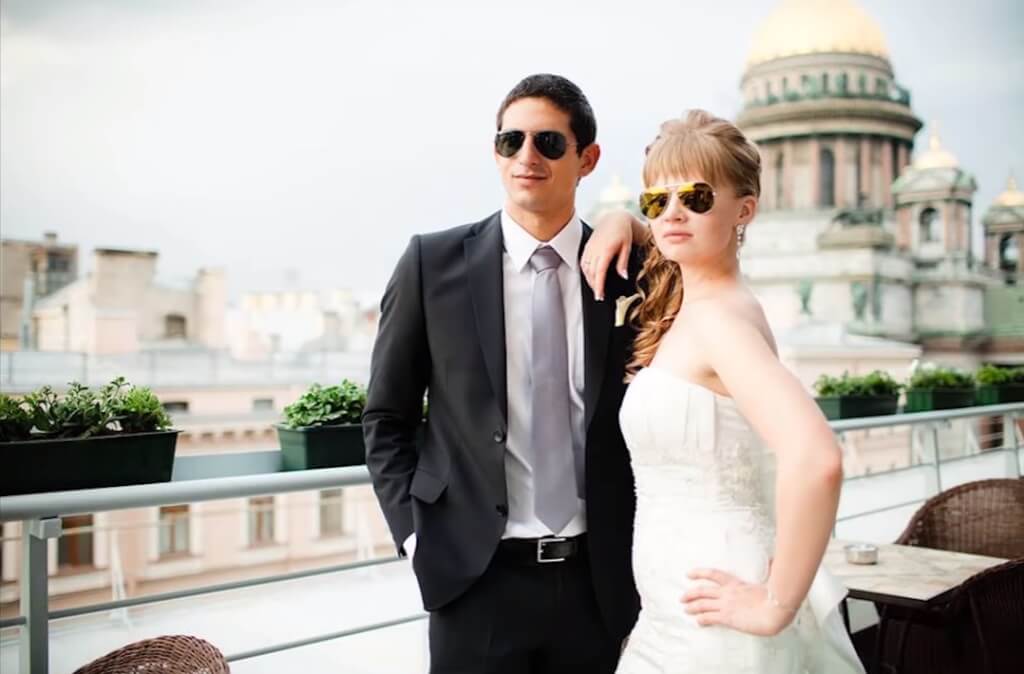 From heaven to earth - this can be said about Svetlana Ostannaya. In Russia, Svetlana worked as a flight attendant. Having married a Cuban, she brought him to Russia. A few years later, the family moved to Miami, where Svetlana became a culinary guide.

Is it easy to start from scratch in Florida's most international city? This is the American story of Svetlana and her husband, Cuban Abel Castillo, whom he told “Voice of America".

Svetlana hails from Russian Petrozavodsk. After graduating from school, she moved to St. Petersburg, where she entered the pedagogical university at the Faculty of Philology. There I studied English, a little Spanish and Russian, as a foreign language. 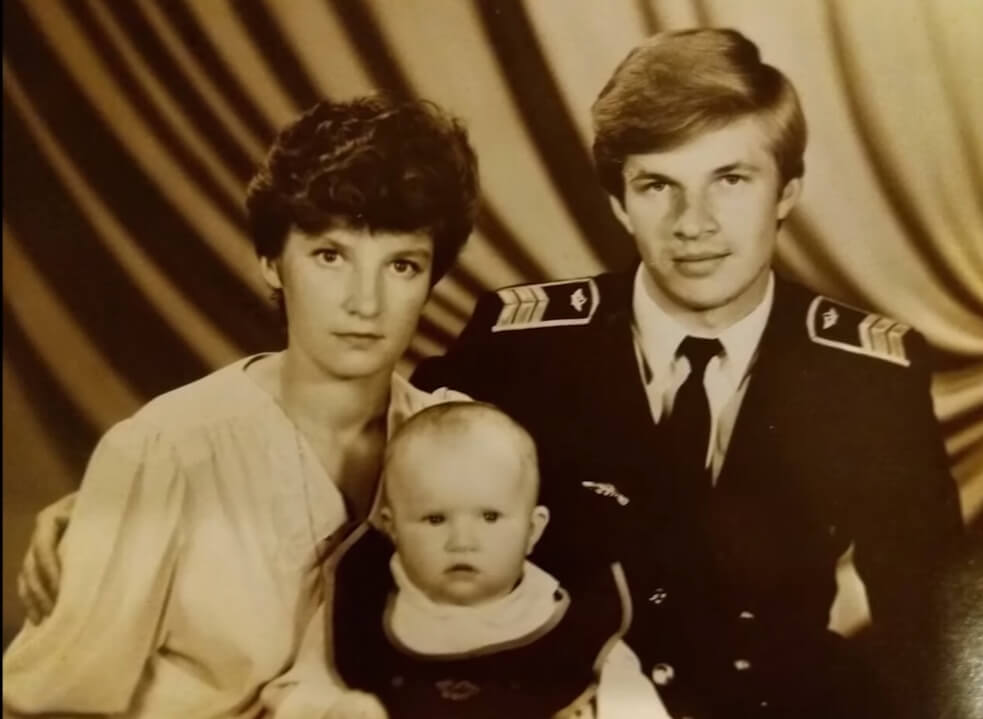 “Then I worked a little at a school where I taught English. I didn't want to sit still. I wanted to travel, so I got a job as a flight attendant in one of the Russian airlines, ”recalls the heroine.

Svetlana worked at the airline for 6 years. During this time, she managed to make a career - before the senior flight attendant. 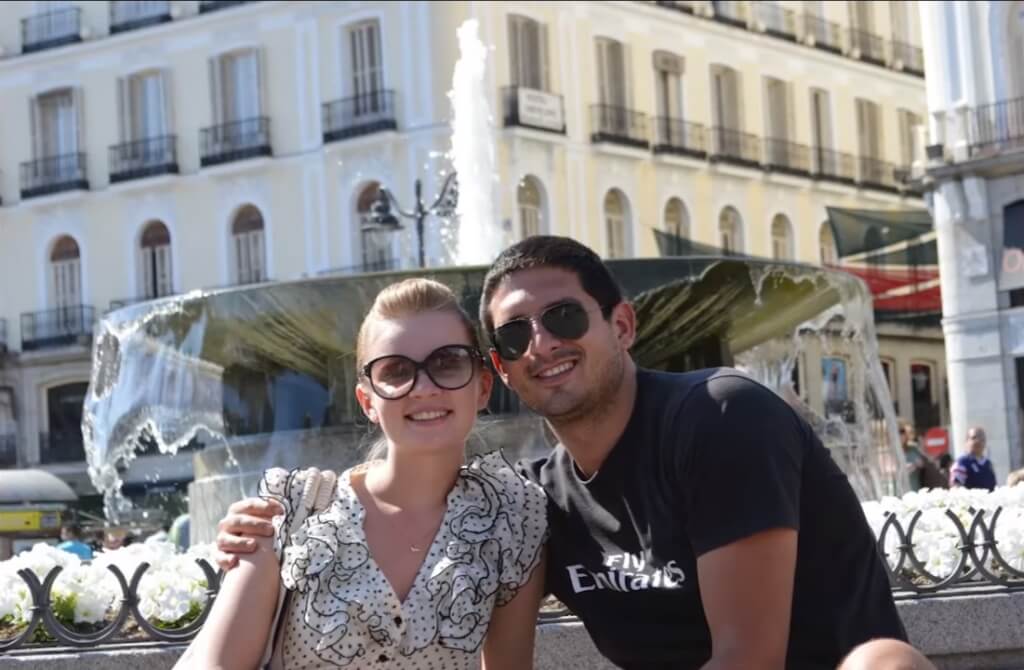 “My husband is from Cuba, from Veradeiro. We met when I was in Cuba on vacation. He worked as a tour guide. We spoke Spanish. At that time, I spoke a little Spanish. I really wanted to practice the language. I asked his advice on where to go to dance, ”Svetlana recalls. 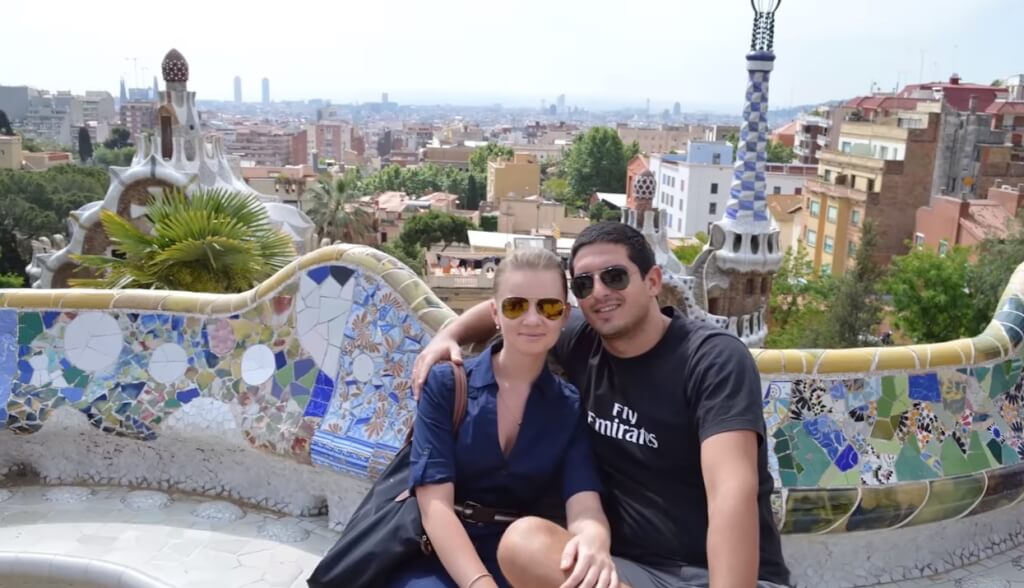 Then the young Cuban liked her - and they began a relationship. Considering that at that time Svetlana was a flight attendant, her vacation was 70 days a year. The girl spent every vacation in Cuba, so they could often see each other. They decided that they wanted to live together, and moved to Russia. In February, 2012 of the year filed an application at the registry office and in a couple of months prepared a wedding for 20 guests. The guests were mainly relatives of the bride, as the groom's family could not come from Cuba. 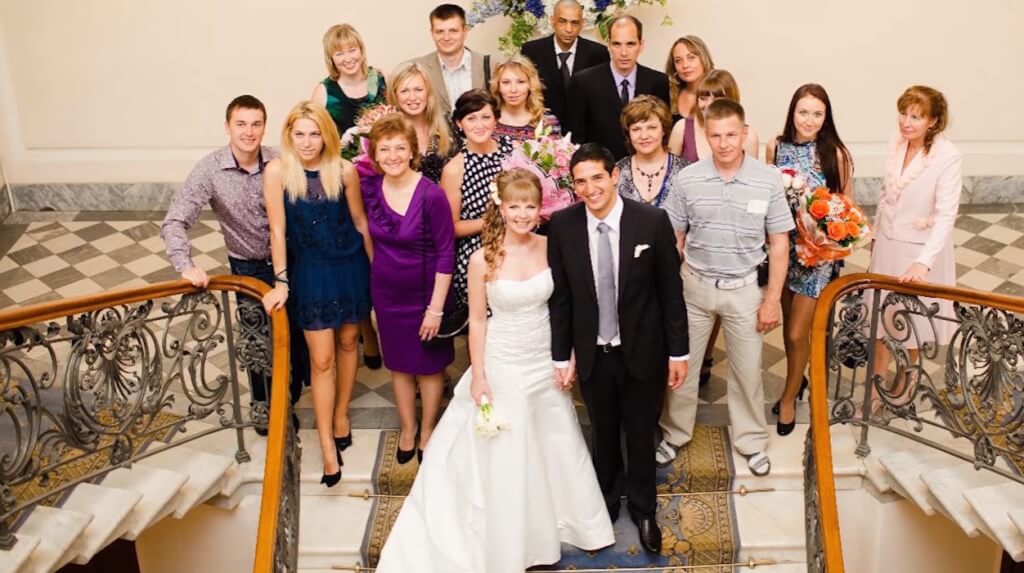 Coincidentally, in July 2012, Abel's sister in Cuba was getting married. Svetlana and her husband decided to repeat their wedding with them. 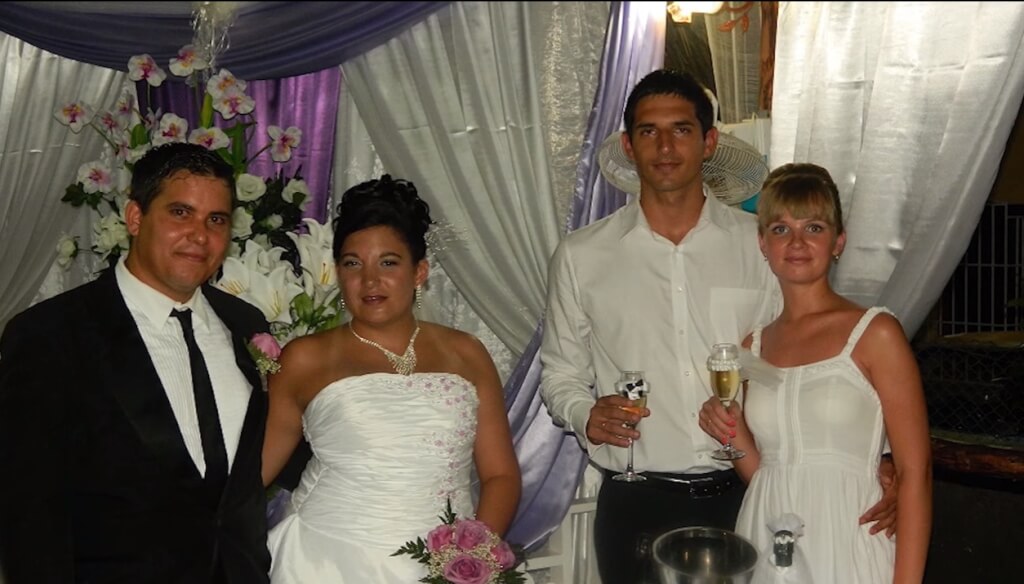 After moving a young family to Russia, Abel was very hard. He missed Cuba and the climate, friends and the ability to communicate in his native language. In addition, it was not easy to find a job for him. In addition to working at a restaurant and learning Spanish, he did not find anything.

Considering that in 2014, there was still a law according to which Cubans were given documents for legal work in the USA, an international family decided to take this chance and move to Miami, Florida.

“After the move, at first it was hard and lonely, because I had to leave the city where I had friends, my family, everything was arranged, but here, by and large, there was no one,” Svetlana recalls. - It was hard for me. I wanted to talk to someone in Russian. It was impossible at that time. "

The fact that Svetlana and Abel could only rely on each other strengthened their relationship even more.

The family really likes Miami, and they are not going to move anywhere now.

“The climate is very similar to Cuba. There are many acquaintances here and, of course, the Spanish language, - says Svetlana. She could not even imagine that she would ever end up in the United States and this country would become her home. - This city is good because there are many different cultures, those who do not know you greet you on the street.

Svetlana is engaged in tourism and communicates with people in all three languages ​​that she knows. She works as a guide in the company. Miami Culinary tours.

“I run all kinds of food tours. We have several directions. Excursions are held in different areas: the beach, the Museum of Contemporary Art and Little Havana, which has recently been very popular, ”says the heroine.

She got a job on this job by chance - she simply found her by advertisement when she was looking for something in the field of tourism. Despite the fact that Svetlana has no deep knowledge in the field of cooking, this did not stop her, as she likes to cook.

While working as a stewardess, she tried to taste the national food in different countries, as she was sure that the traditional aspect was based on the historical aspect of this or that country. The Russian woman considers herself an “ambassador” who can introduce culture through national cuisine. The advantage of this profession is that Svetlana is constantly learning something new, because it is not easy to be a guide in a non-native city.

Svetlana likes her job, but she still would like to work in a larger travel company, such as Gray line, eg. 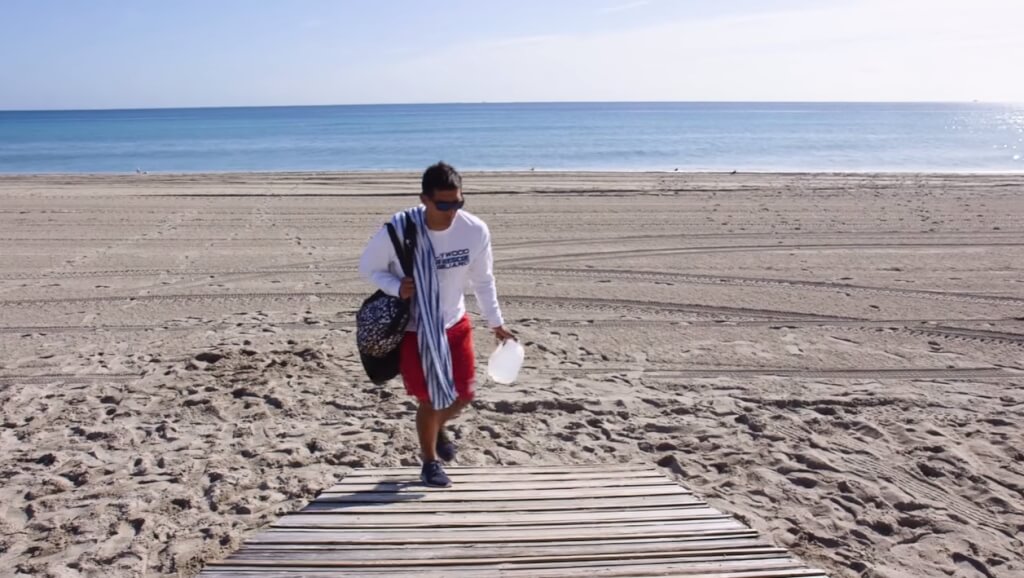 Abel is now working as a lifeguard on the beach. His whole life is connected with water - the pool, the ocean - because he played water polo in the Cuban national team. Even in Russia, he always kept himself in shape and swam, although he could not get used to the indoor pools.

In Miami, he had a great opportunity to continue his passion and make it work. First, he worked as a lifeguard in the pool, and then on the beach. 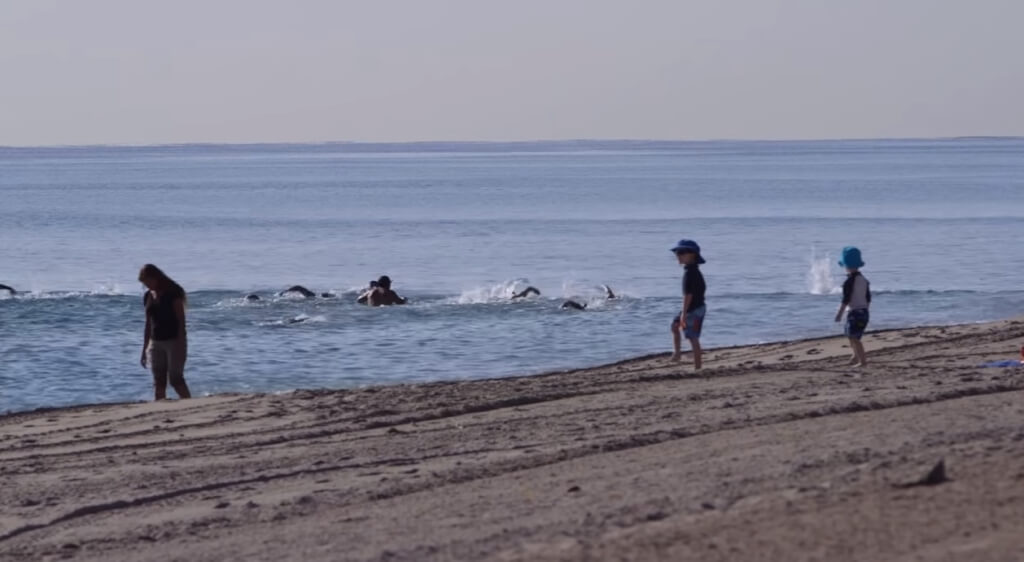 Abel has the opportunity to grow at work. After a few years he can graduate from courses and get a certain title, which, in fact, refers to firefighters.

In addition, Abel gives private swimming lessons. Therefore, in the future she dreams of opening her own training company.

In their free time, the couple hangs out with friends, throws parties - both Russian and Cuban dishes. 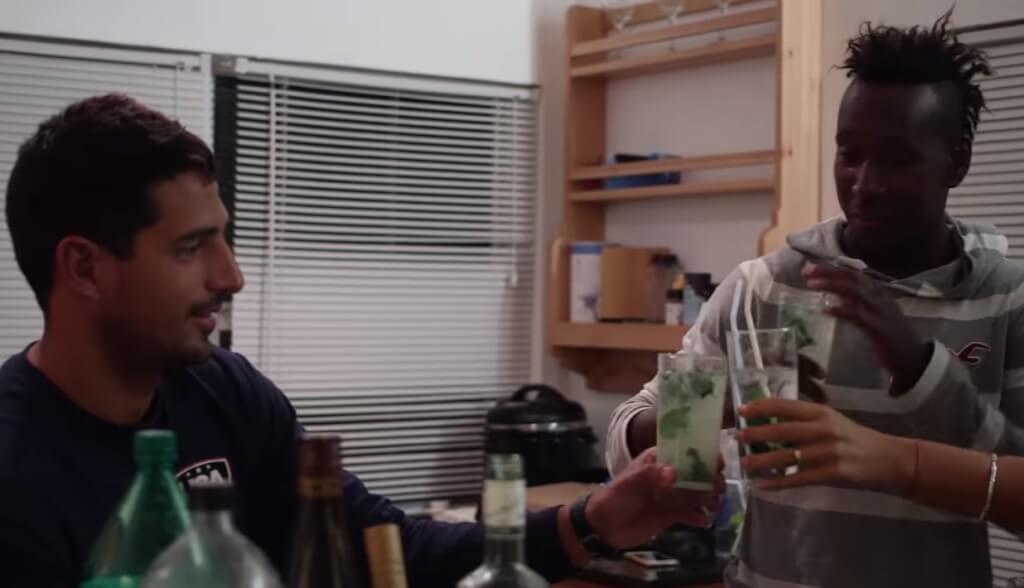 As for drinks, Svetlana prefers Cuban cocktails. Friends of a couple of different ages and from different countries. Abel has more of them just because there are more Cubans in Florida. 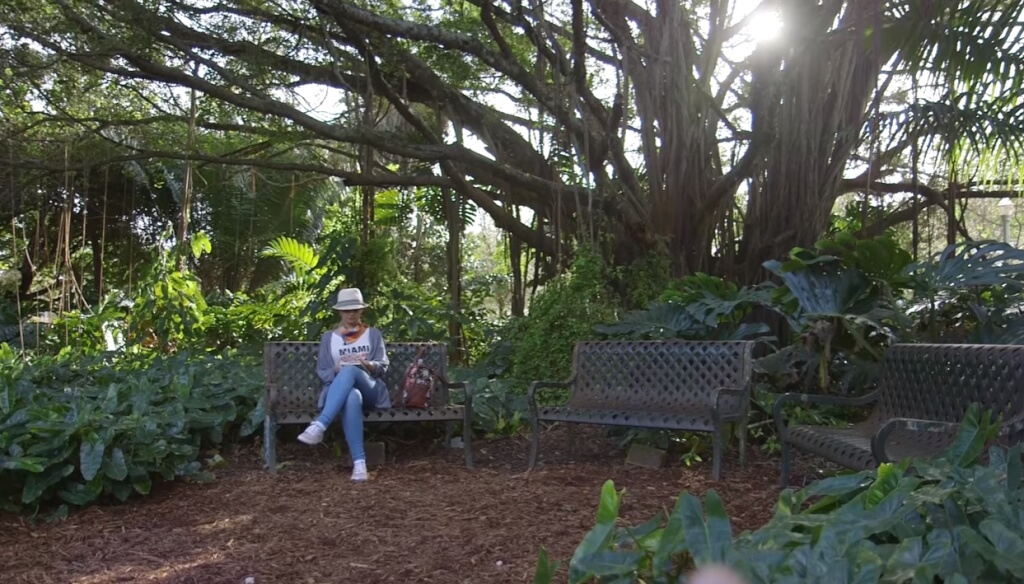 Of course, the couple wants to buy a house with an ocean view, start a dog and have a large family. Svetlana wants her relatives and parents to come to visit them more often. And the maximum program for her is to be a guide through the city in Miami and in Cuba.

“In time, I hope I will be able to open my own company, establish a business. And let's see what comes of it, ”Svetlana says with a smile.

Ours in the USA: the love story of an artist from Russia and an employee of the American Embassy

Our emigration: business and life in Africa

Our people 2017 of the year: ForumDaily heroes success stories

Our emigration: how Ukrainian emigrated with children to Brazil

The criminals of the year: our people arrested in the US in 2017