Home Page At home 'Russians will like it': correspondence of American diplomats about Ukraine and Biden published

On October 2, the correspondence of the US State Department’s special representative for Ukraine, Kurt Volker, with senior American diplomats and the assistant to the President of Ukraine Vladimir Zelensky was published. Writes about this with the BBC. 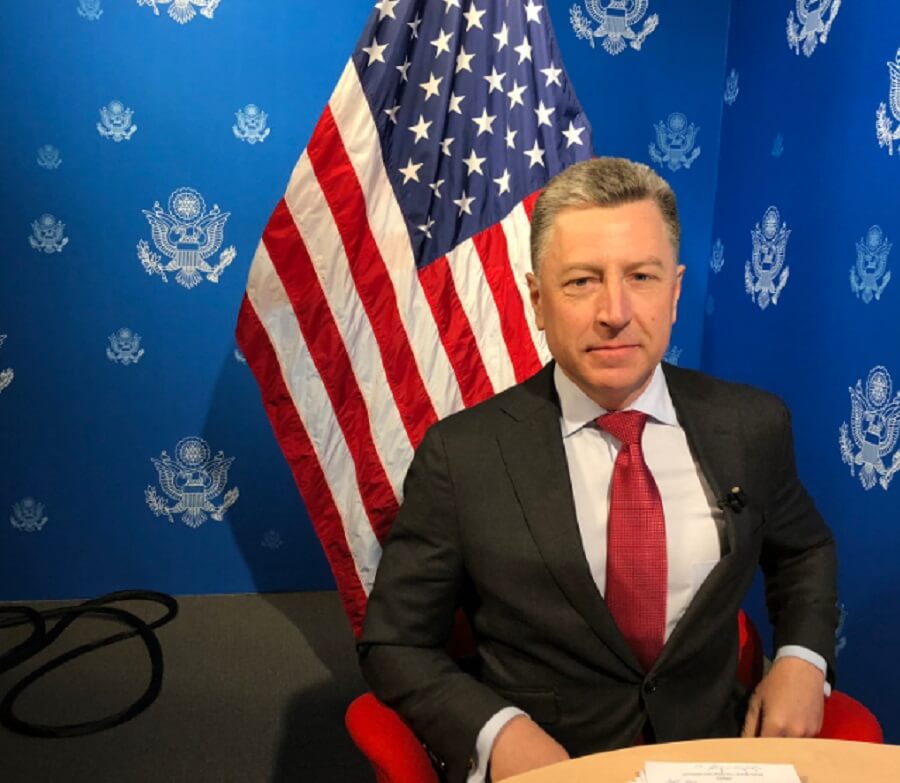 From their text messages it follows that diplomats sought a Zelensky press conference with statements that would help US President Donald Trump in his election campaign.

Volker he provided his correspondence to Congress. Messages were posted on the website of the US House of Representatives Foreign Relations Committee. It is in the lower house that an investigation is underway as part of the procedure impeachment of the president.

If the president convinces Trump

From the correspondence it follows that diplomats linked key events in bilateral relations (Zelensky’s official visit to Washington and the allocation of military assistance to Ukraine) with the Ukrainian president’s readiness to meet Trump.

On July 25, on the day of Trump’s telephone conversation with Zelensky, State Department Special Representative for Ukraine Volker wrote to Zelensky’s adviser Andrei Yermak that he received information from the White House.

"If President Zelensky convinces Trump that he will get to the bottom of what happened in 2016, we will determine the exact date for a visit to Washington," the statement said.

During Trump asked Zelensky to find out, "What happened to all this situation with Ukraine" in 2016 year. This is an unconfirmed theory, according to which Ukraine played a role in hacker attacks during the election campaign in the United States in 2016.

The correspondence between American diplomats also discusses a public statement, interview, or press conference where Zelensky would promise to launch an investigation into the Burisma Group, a company whose board of directors was the son of former vice president Joe Biden.

On the subject: Suffers losses: over the years of the presidency, Trump fell to 119 positions in the Forbes list

Biden leads the Democrats' opinion polls, and it is he who is likely to compete with Trump in the 2020 presidential election.

From the correspondence it follows that Walker discussed with Yermak the work on the text of the statement and agreed on when it will be made.

A week before the call, in which Trump asked Zelensky to monitor the investigation against Biden, the US Presidential Administrationamortized the provision of military assistance to Kiev in the amount of 391 million dollars previously approved by Congress.

“It will be a nightmare if they give interviews and do not receive military assistance. The Russians will like it (and I will resign), ”wrote Bill Taylor, US Chargé d'Affaires ai in Ukraine, in a message from September 8.

On the subject: 'Economy under Trump has shown unprecedented growth': is it really so

“With a delay in military assistance, we forced the faith of the Ukrainian administration in us to shake. From here is my nightmare scenario, ”Taylor summed up. On the same day, he added that he considered it crazy to "keep military assistance in exchange for help with a political campaign."

In response, the US ambassador to the EU, Gordon Sondland, replied that he misinterpreted Trump's position and proposed to stop correspondence.

As a result, Zelensky did not make a public statement, which, if completed, could be equated to help Trump in the 2020 presidential election of the year and direct interference in the US electoral process.

Suffers losses: over the years of the presidency, Trump fell to 119 positions in the Forbes list

'Economy under Trump has shown unprecedented growth': is it really so