The San Francisco Richmond area is still indicated on the map as Little Russia. Old-timers say: thirty or forty years ago, it resembled either Deribasovskaya Street in Odessa, or New York's Brighton Beach. However, today there are almost no similarities between the Russian oasis in San Francisco and lively Brooklyn. Located in a respectable area of ​​the city, not far from the famous Golden Gate Park and access to the ocean bay, Richmond firmly “blended” with the classic look of the city. About the presence of immigrants from Russia speak only the domes of the church that are visible from afar and some signs - the truth, made already in English. 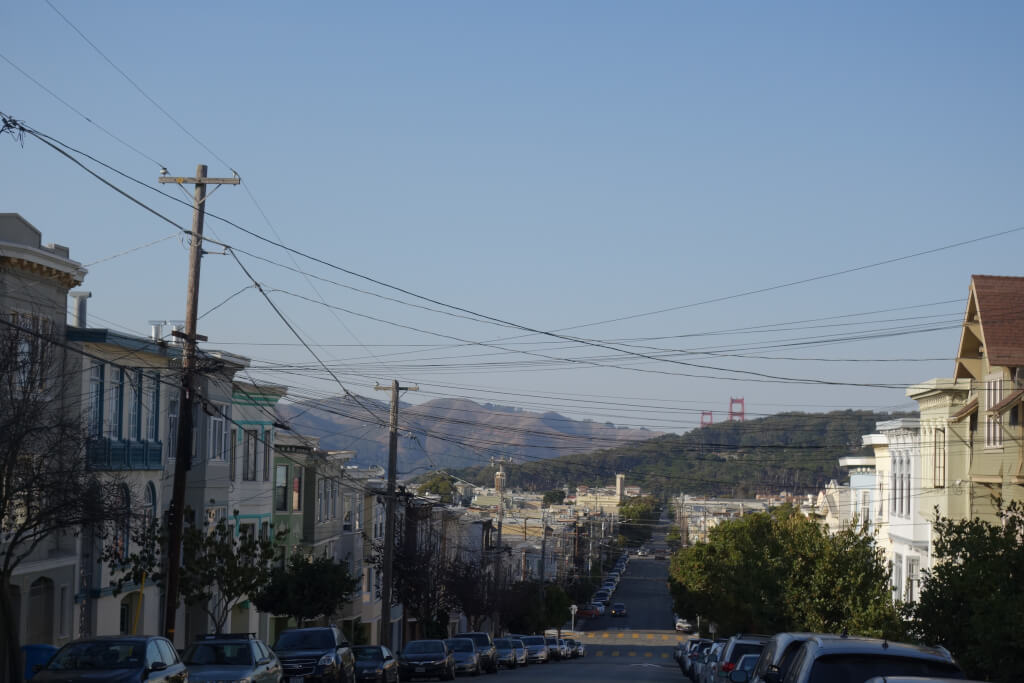 Typical Victorian houses do not resemble the Russian district. Photo by the author.

Giri Boulevard in Richmond was once considered the center of the "Russian" district, therefore it received the nickname "Giribasovskaya". By the way, it is here that a Russian grocery store has been preserved. Lyudmila, who has been living in San Francisco for 41 for a year, recalls that once such shops were scattered throughout the area. Over time, there was only one - a place of pilgrimage for lovers of post-Soviet and European products from all over the city. 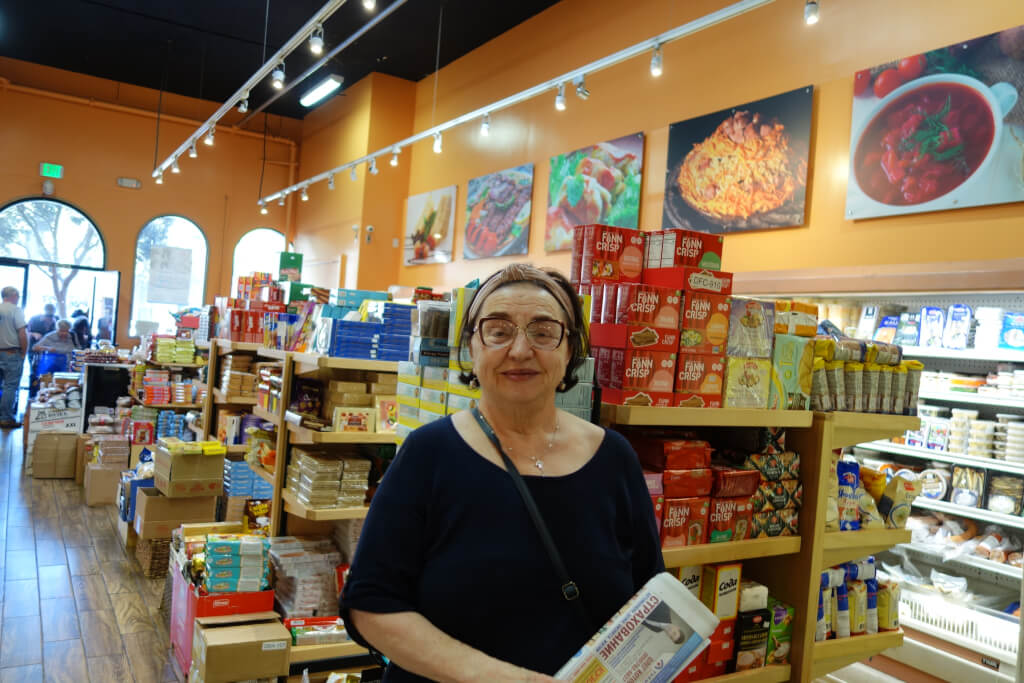 Lyudmila. Photo by the author.

«I left in 1979, before any perestroika. However, I was more fortunate than other emigrants - we did not face refusals and bans on leaving. We told the Soviet authorities that we were going to Israel, but, like many, went through Austria and Italy here. We left in full measure, and got to the five of us - grandparents died on the way", Says Lyudmila.

According to her, to adapt to a new life was not easy. Initially, Lyudmila did not know English and did not know how to drive a car. However, she was lucky: back in the Soviet Union, she was an expert in the field of electronics, and with the help of the local Jewish community in the USA she found work pretty quickly. 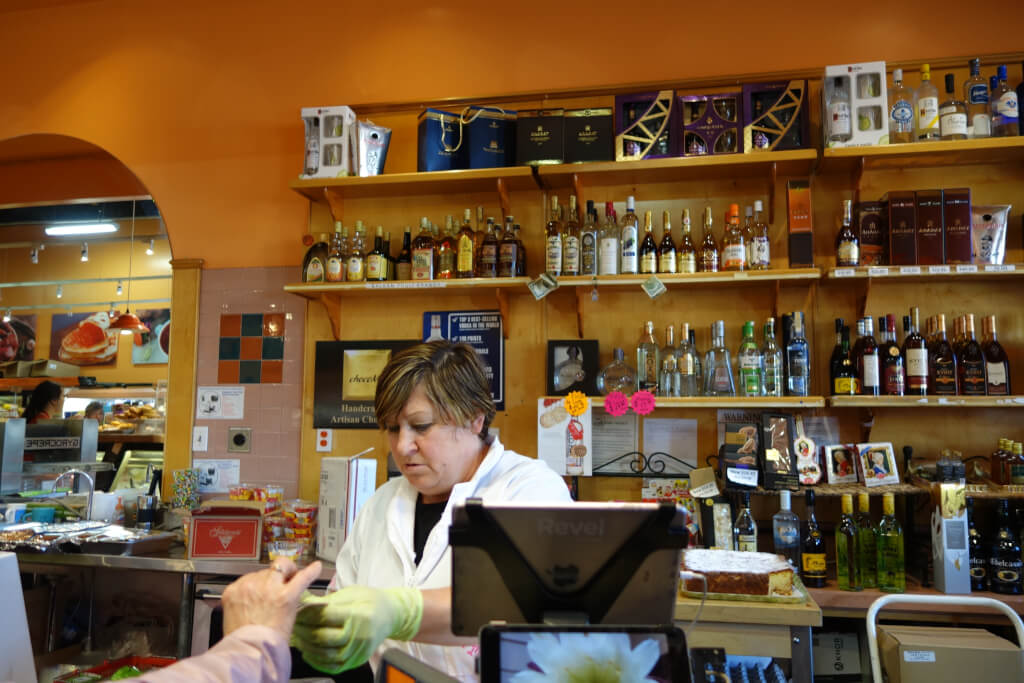 In the Russian store. Photo by the author.

«The first work was a temporary project. I was engaged in expanding the telephone network - almost the same as what I did in the Union. After I dealt with this, it was already easier for me to find a permanent job", The woman recalls.

According to her, then, 40 years ago, immigrants from the Soviet Union settled mainly in the Giri region.

«It is now possible to meet them all over the Gulf, but before we all lived somewhere nearby. Now, few people can afford to settle in San Francisco: housing prices are too high. Once my parents also lived here, and then the state provided them with social housing elsewhere. But now neither my parents nor my husband are already alive. Much has changed over the years. My son moved to Seattle because he found work there. People of the older generation mainly move to Miami - this is an ideal place for retirees, in addition, housing is cheaper there than here", Explains Lyudmila.

From Russia to Hong Kong

The woman notes: now the Chinese and Vietnamese are settling in the place of Russian-speaking immigrants. However, this can be seen with the naked eye: signs in Chinese peacefully coexist with a few Russian markets and cafes. 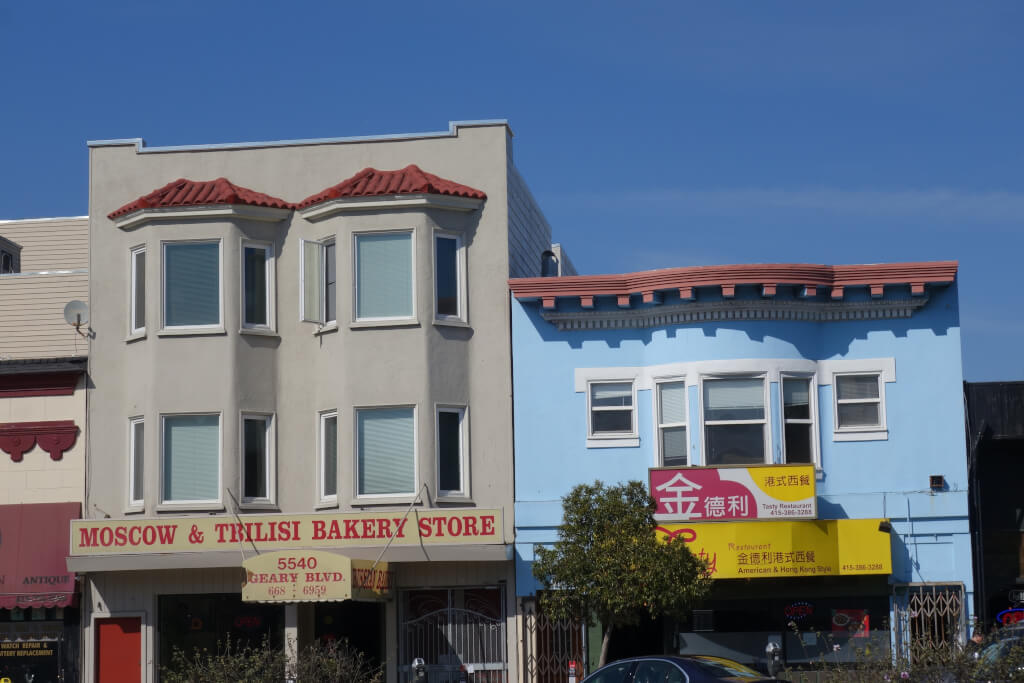 The sign of a Russian bakery in English peacefully coexists with Chinese. Photo by the author.

«Young people go where it’s cheaper, but pensioners, especially those who do not drive and do not speak English well, stay here - at least because of the proximity to the store“, Concludes Lyudmila.

However, it would be wrong to say that the Russian-speaking youth completely disappeared from Richmond. Luke, a salesman in a Russian-Georgian bakery on Giri, lives here for only two years and notes that young visitors come to him along with retirees. True, it turns out that young people come from other cities and even from other countries. For example, recently a Russian-speaking couple from Hong Kong enjoyed Georgian pastries. 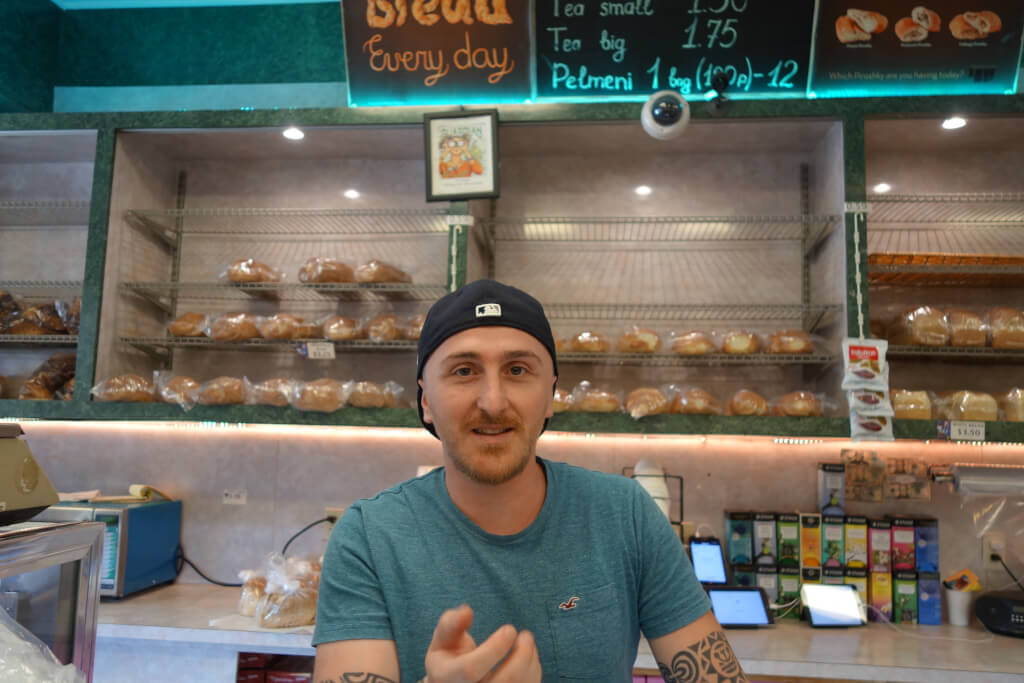 Luke. Photo by the author.

«By the way, the Chinese and Vietnamese also come to us. But in general, yes, I got the feeling that of the Russian speakers in this area, mostly pensioners live"- shared the observations of Luke.

«It is difficult to understand whether young people remained here - in the second generation they were all completely Americanized, they speak English, and they can no longer be distinguished from local"- notes Lev. He has been living in San Francisco for 28 years, but admits that because of his advanced age he did not learn English properly. However, he does not miss home - according to him, no one was left in his homeland. 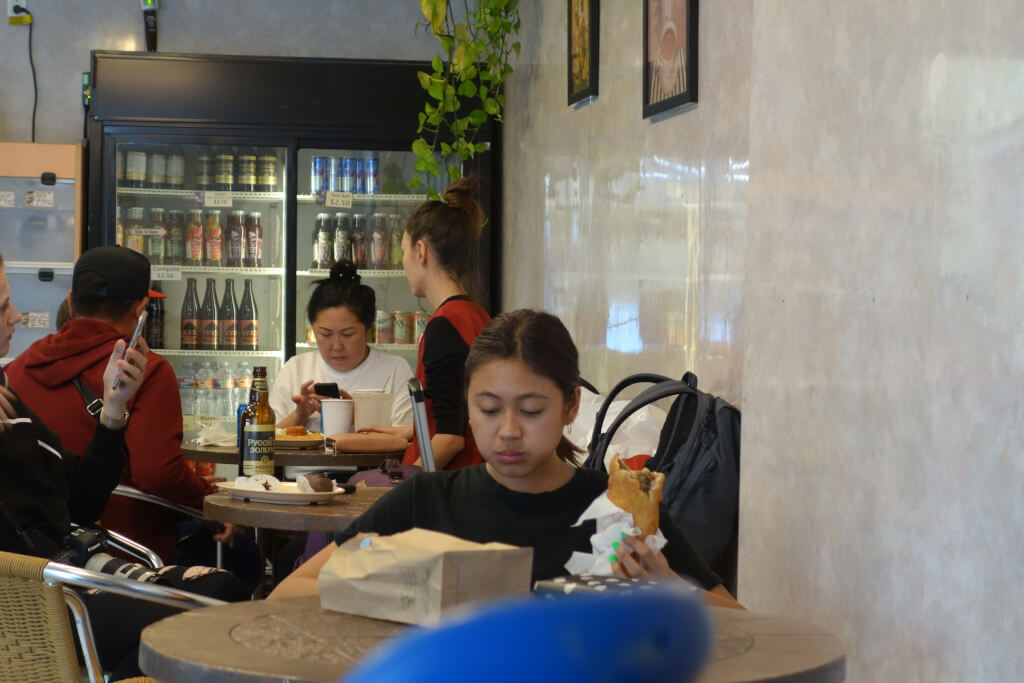 «Children have brought me here, and I am glad about it. Thanks to America, I'm still alive. I had to undergo many operations that I could hardly have done in Russia. The latter was just a few days ago. Children, of course, well done. They mastered the language, created their own business, raise grandchildren. The son no longer lives here, but in the city of Richmond. But I do not miss homeland. I try to walk more, and still constantly hear Russian speech here. Therefore, this street today reminds me of Deribasovskaya. No matter what they say, the Russians still live here", - Leo is sure. 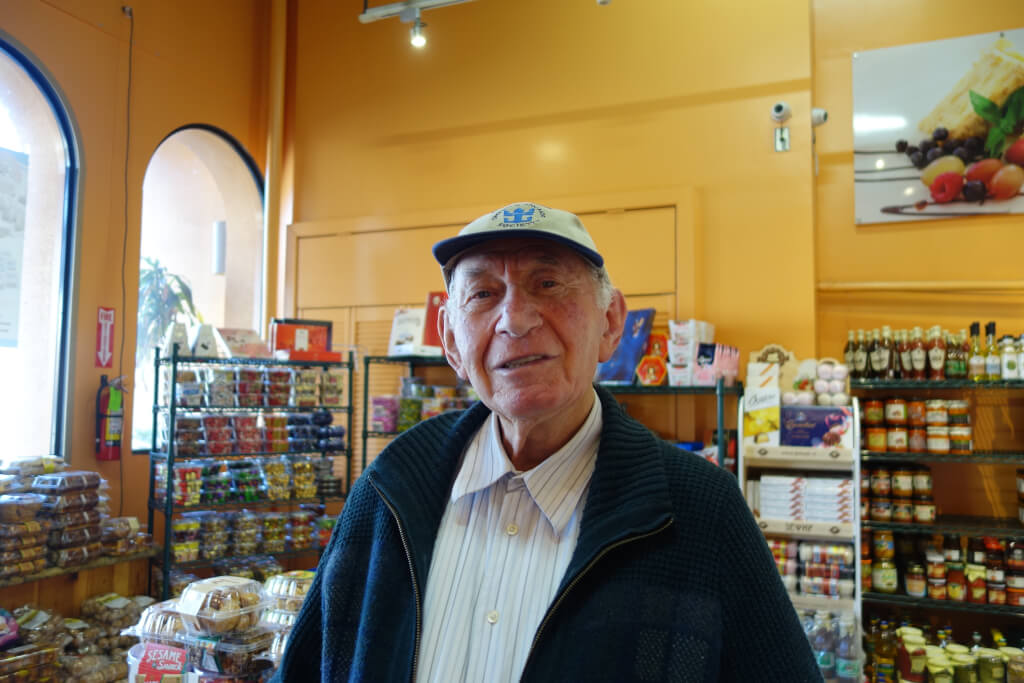 A lion. Photo by the author.

By the way, the “Russian trace” is reflected in these places even in historical names. For example, in the name of Mount Shasta in Northern California, the Russian word “happiness” is guessed. Once upon a time, the entire north of California, right up to the city of Sacramento, was a Russian colony, called, by analogy with the British Albion, New Albion. One of the widely known Russian settlements is Fort Ross founded in 1812. Now all this is already historical monuments, and, perhaps, the memory of the Russian district of San Francisco over time will also be preserved only in the name Little Russia. 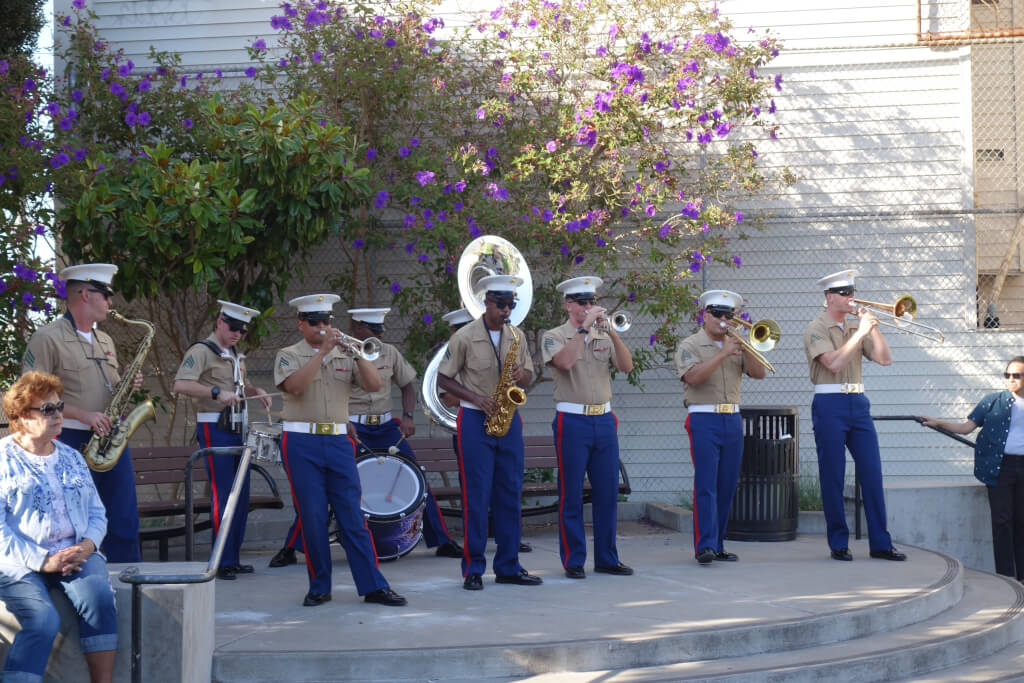 An American military band plays in a park a stone's throw from Geary. Photo by the author.

However, so far, as Leo noted, Russian-speaking immigrants are still often found on these streets. Even in the absence of Russian signs in a bakery or pharmacy, you can still find ads in Russian, including - about recruiting in a Russian-speaking kindergarten. So, in spite of everything, young Russian Americans still live somewhere close to the legendary Giribasovskaya. 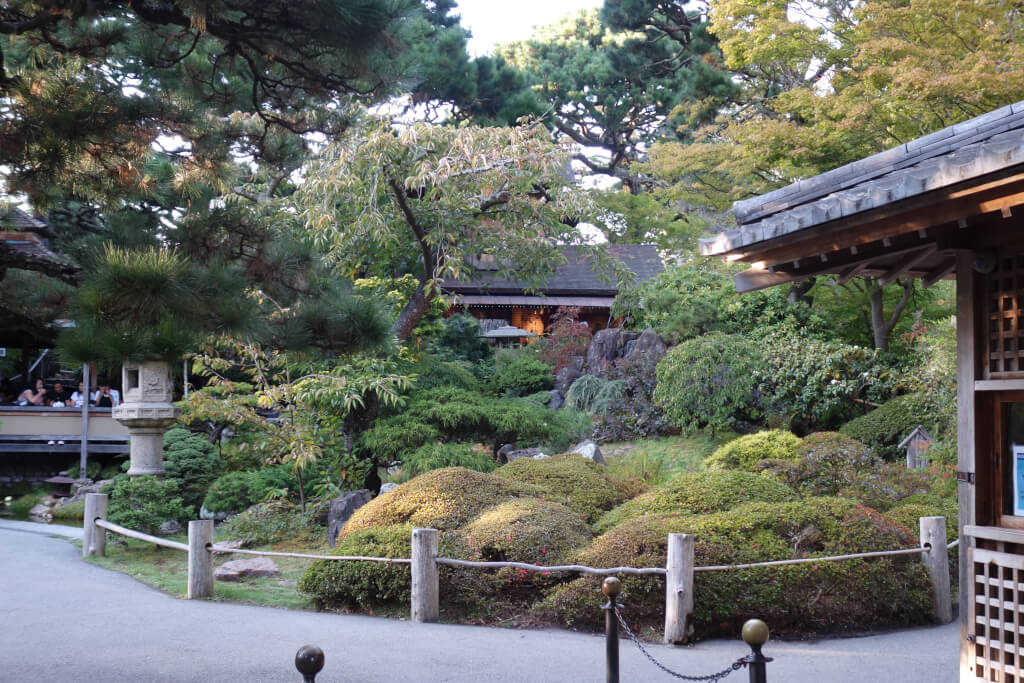 The "gem" of San Francisco - Golden Gate Park - is located just a couple of streets from the "Russian" district. Photo by the author.

A forest fire broke out near San Francisco: evacuation announced

Halloween at the Zoo and Jack's Lantern Show: How to spend a weekend in Los Angeles (October 4-6)

The incredible story of WWII: 'I learned that my older sister is my mother'