Home World 'Pink super moon': how to see the largest and brightest moon in 2020

The largest and brightest full moon of 2020 is called the "pink supermoon" - it can be seen in the sky on the evening of Tuesday, April 7, writes USA Today. 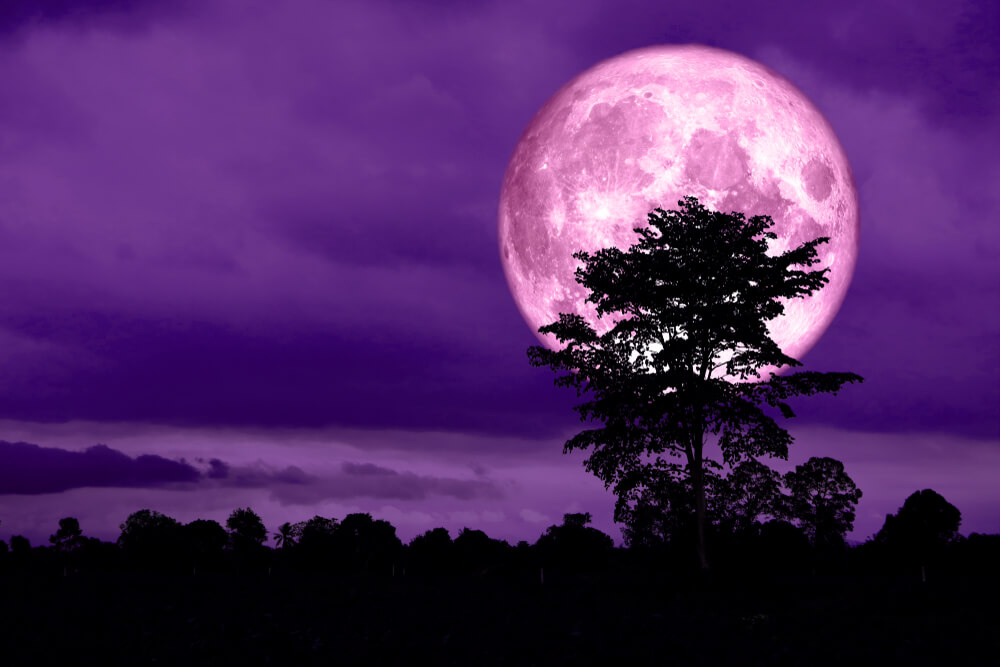 “The largest full moon of 2020 will be visible all night - it will be visible in the east after sunset on April 7, around midnight it will rise to its highest level and will set in the west closer to sunrise on April 8,” said expert Bruce McClure from EarthSky.

According to EarthSky, the full moon can be observed from 22:35 on EDT on April 7th.

In April of this year, the moon will be as close to our planet as possible - and therefore become the largest of the year. The April moon is the second of three notable astronomical events that will take place in a row: after March's "Wormy Full Moon" and before May's full "Flower Moon", which appears in the sky on May 7.

On the subject: Scientists have discovered a mysterious signal from space that repeats every 16 days

What is super moon?

A supermoon is a phenomenon during which the moon is especially close to Earth during a full moon. The Moon's proximity to Earth naturally makes it very large and visually bright - 14% larger and 30% brighter than the full moon at its farthest point from Earth.

The term "super moon" was coined in 1979 by astrologer Richard Nolle. Since then, it has become increasingly popular and understandable for the media. According to NASA, today the media uses it to describe what astronomers call the Perigee full moon: a full moon that occurs when the moon is at the closest point in its orbit around the Earth.

Due to the optical effect known as the moon illusion, a full moon can appear huge when it rises behind distant objects on the horizon. Therefore, the super moon looks especially impressive.

On the subject: NASA scientists discovered a planet similar to the Earth: it can have life

Why is the April moon called the “pink supermoon”?

According to Old Farmer's Almanac, the full moon in April often coincided with the wild pink Phlox subulata bloom in eastern North America. The wildflower is commonly referred to as creeping or subulate phlox, and also “pink moss”.

For millennia, people all over the world, including Native Americans, have been calling the months according to one or another of the signals of nature. Old Farmer's Almanac says that the full moon names in North America were given by Native Americans who lived in the north and east of the United States.

Each full moon has its own name, from the January wolf moon to the December cold moon.

'Ring of Fire': what the last and most beautiful solar eclipse of 2019 looked like